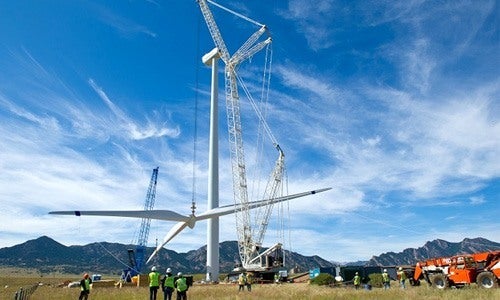 Wind power could become even more prevalent in the U.S. than previously expected, according to a new report released last week from the Department of Energy (DOE), Enabling Wind Power Nationwide. The new report, which was announced at the American Wind Energy Association’s WINDPOWER Conference in Orlando, Florida, finds that there is wind power potential in nearly the entire U.S., even in places that were previously thought to have insufficient wind to generate electricity. 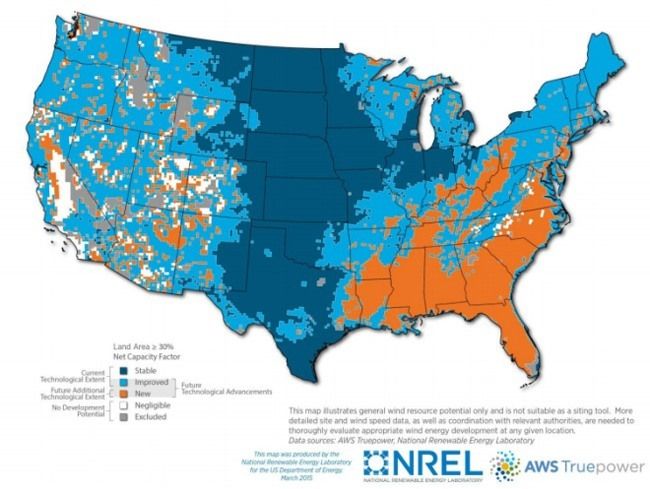 Thanks to next-generation wind turbines, there is wind power potential in nearly all of the U.S., including regions thought to be poor sources of wind power such as the Southeast. Photo credit: Department of Energy

According to the report, the U.S. has the ability to “unlock the vast potential for wind energy deployment in all 50 states” because of next-generation wind turbines. These taller turbines with longer blades, which are currently under development by the DOE and its private industry partners will be able to capture the wind more effectively at higher altitudes where the wind is usually stronger and more constant, says the report.

There’s potential to “unlock wind resources in regions with limited wind deployment today, such as the Southeast,” says the report. “These new regions represent an additional 700,000 square miles—or about one-fifth of the U.S.—bringing the total area of technical wind potential to 1.8 million square miles.” 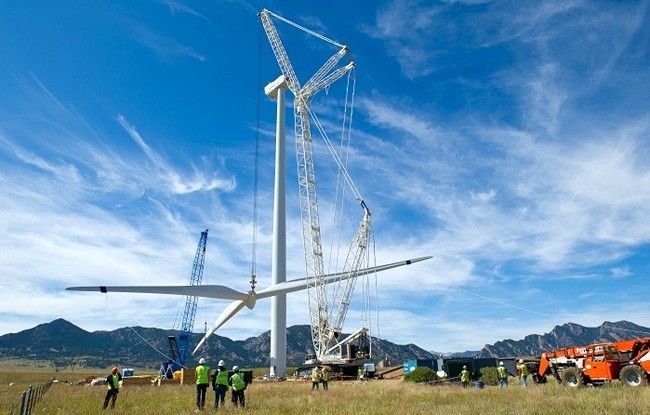 The DOE has already helped the wind industry install nearly 66 gigawatts of wind power capacity—enough to power more than 17 million homes—and has helped decrease the cost of wind energy by more than 90 percent. Photo credit: DOE

Wind energy installation has skyrocketed in recent years. Wind and solar provided all of the new generating capacity in April, and, along with some geothermal and hydropower, these renewables provided 84 percent of the 1,900 MW of new U.S. electrical generating capacity placed into service during the first third of 2015.

“Wind generation has more than tripled in the United States in just six years, exceeding 4.5 percent of total generation, and we are focused on expanding its clean power potential to every state in the country,” said Energy Secretary Ernest Moniz. “By producing the next generation of larger and more efficient wind turbines, we can create thousands of new jobs and reduce greenhouse gas emissions, as we fully unlock wind power as a critical national resource.”

Currently, wind energy produces less than 5 percent of all electricity, but by mid century, it could become the country’s largest source of power. Photo credit: Department of Energy

The DOE says these advanced wind energy systems “will generate more electricity per dollar invested and further drive down the cost of wind energy.” Currently, wind energy produces less than 5 percent of all electricity, but by mid century, it could become the country’s largest source of power, according to an earlier report from the DOE this spring. The report found that wind power could generate 35 percent of U.S. electricity by 2050.