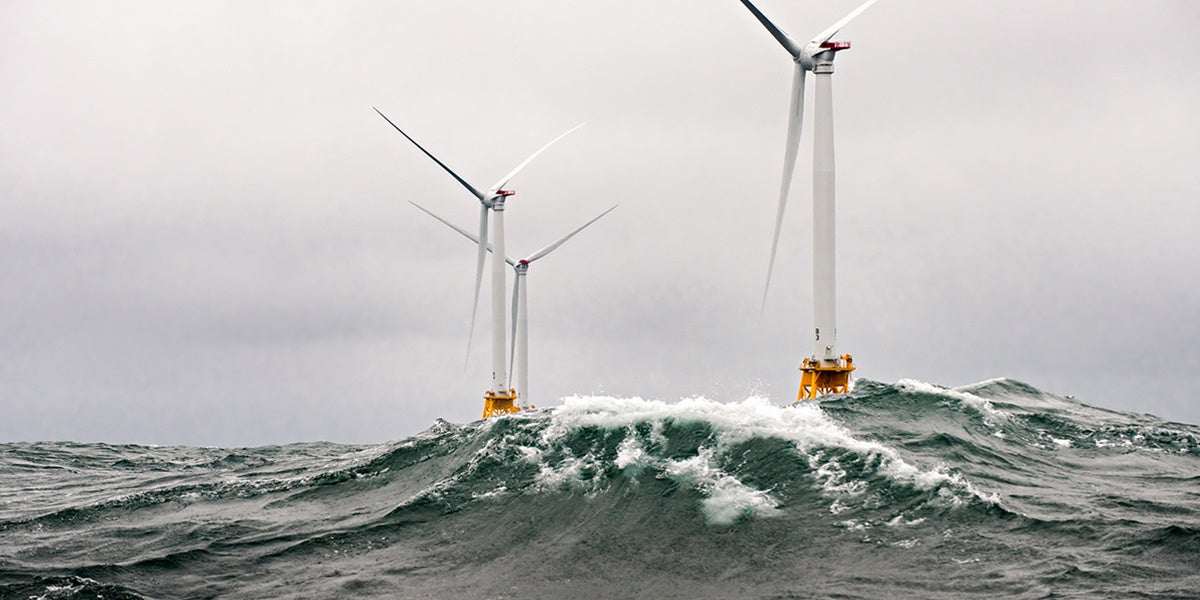 The wind industry is growing quickly around the world, especially in China and the U.S., where the total amount of electricity generated by wind turbines nearly doubled between 2011 and 2017.

All told, about 25 percent of global electricity now comes from renewable sources like hydropower, wind and solar energy.

As a wind energy researcher, I realize it will be hard for the industry to keep up this pace. Yet ample evidence supports widespread predictions that the volume of wind energy will continue to grow quickly—here and abroad, on land and offshore—for reasons that most electricity consumers can support. 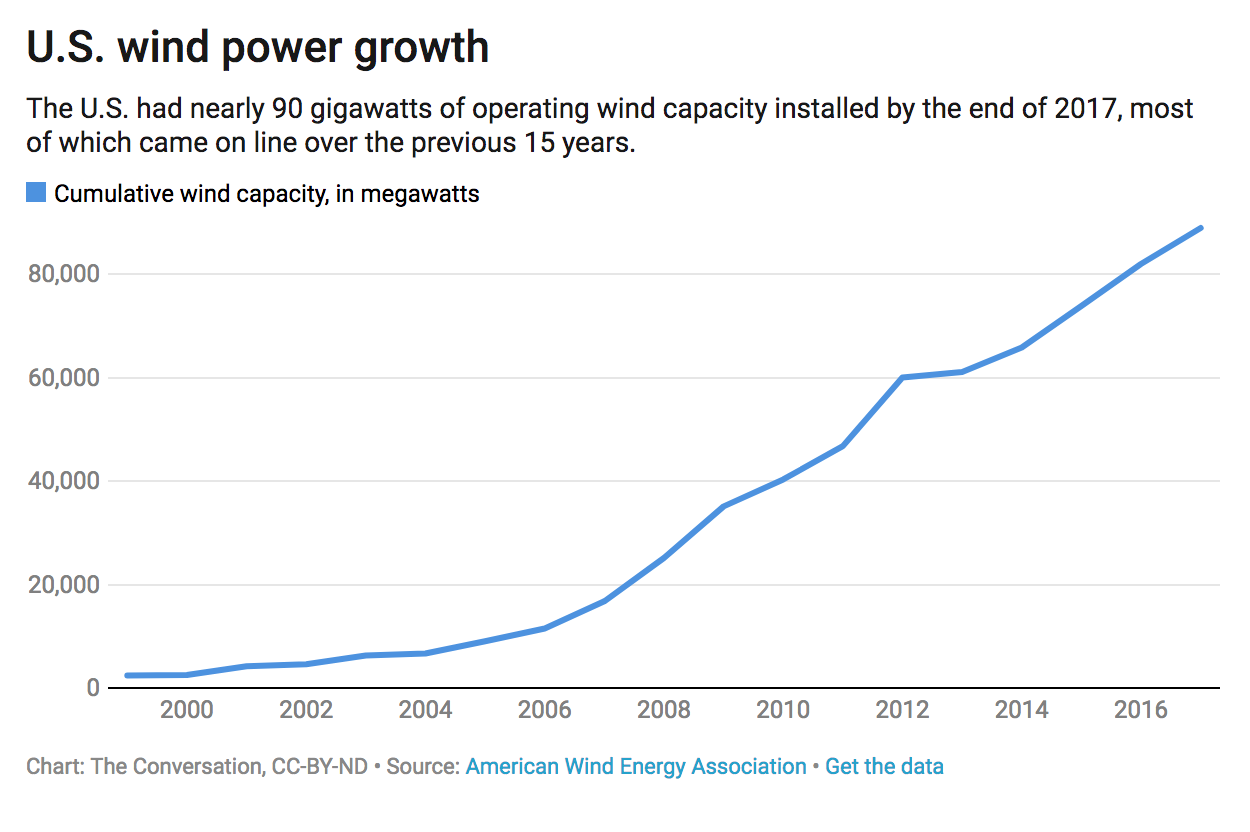 
Wind turbines, which convert moving air into electrical power, currently produce 6.3 percent of the electricity the U.S. consumes. Texas leads the nation overall in terms of the amount of power it gets from wind. Iowa gets a higher share of its electricity from wind turbines than any other state—37 percent.

The U.S. still lags other nations, particularly those in Europe, with offshore wind production. But even on that front, the U.S. has seen growth. The nation’s first commercial offshore wind farm, located off the coast of Rhode Island, began operating in 2016. New York state plans to build a much larger offshore farm. And California may soon establish floating offshore wind farms.

Wind is abundant, ubiquitous and free, but sometimes it dies down. Consequently, the energy from wind turbines can’t provide power around the clock.

Recent improvements in energy storage technology and turbine efficiency, however, are lowering costs and may potentially reduce the downside of wind’s intermittent nature.

Today, wind power faces another challenge: politics. The Trump administration is sending mixed signals regarding the industry. It exited the Paris agreement yet supports wind power growth as part of its “American energy dominance” policy.

Meanwhile, market forces coupled with widespread concerns over climate change continue to propel the wind industry. Such is the enthusiasm from tech giants, such as Apple and Google, which are proactively seeking to rely on wind energy, rather than fossil fuels.

And this wind rush is creating jobs in manufacturing, services and science. With total generating capacity projected to increase from about 89 gigawatts to more than 400 gigawatts over the next 30 years, the Energy Department says the industry may eventually employ 600,000 American workers.

John Hall is assistant professor of mechanical and aerospace engineering at the The University at Buffalo School of Engineering and Applied Sciences.