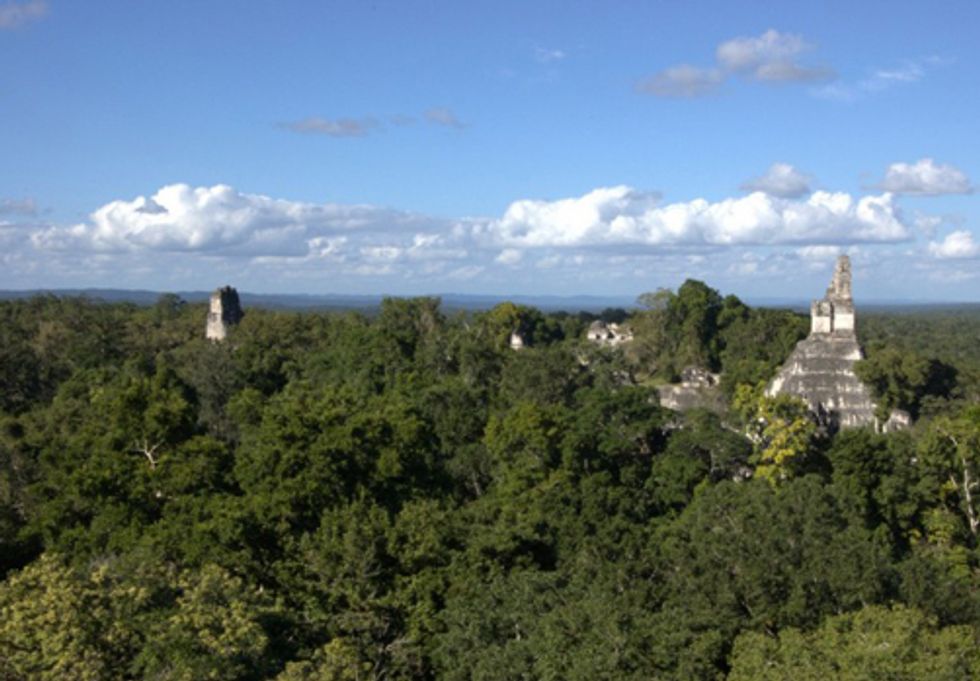 In a recent ceremony in the National Palace in Guatemala City, staff of the Wildlife Conservation Society (WCS) presented Álvaro Colom Caballeros, president of Guatemala, and other high-level officials with the State of the Maya Biosphere Reserve, a report detailing the successes of, and current threats to, the country’s largest protected area.

With the assistance of WCS, the government of Guatemala created the Maya Biosphere Reserve in 1990 to protect the largest swath of tropical forest in Central America. The reserve is larger than Yellowstone National Park and contains a host of charismatic, rare species such as jaguars, howler monkeys, tapirs, harpy eagles, scarlet macaws and others. It is also the locus of the ancient Maya civilization and includes abundant archaeological remains, including famous sites such as Tikal.

“We’re proud to be a part of the ongoing effort to conserve this extraordinary landscape and its myriad natural and cultural wonders,” said Roan McNab, director of WCS’s Guatemala Program. “We still face challenges, but with the help of the government, we’ve made real strides in ensuring the persistence of the reserve for future generations.”

The report describes the state of the reserve and highlights the unprecedented actions taken by WCS and its partners to mitigate the threats faced by the forests while improving the livelihoods of the people who rely on the reserve’s natural resources. Over the past decade, illegal colonization became a paramount threat to the reserve, one that was partially abated with the recovery by the government of more than 118,000 hectares seized by landowners linked with organized crime. WCS supported the removal of 10,000 head of cattle from illegal ranches in the reserve. To prevent these threats from recurring, the government has established 13 new protection and control centers to restrict access to the core of the protected area and has increased multi-institutional patrols with army, police and park guards.

WCS has assisted the government to improve secondary education, health service delivery and water delivery in five communities in the reserve.

“WCS has been partnering with local organizations and governmental agencies to achieve a balance between conservation and development in the Maya Biosphere Reserve,” said Dr. Julie Kunen, director of WCS’s Latin America and the Caribbean Program. “Strategic investments in both will continue to produce tangible benefits for both local people and the natural and cultural wonders of Guatemala.

The Wildlife Conservation Society saves wildlife and wild places worldwide. We do so through science, global conservation, education and the management of the world's largest system of urban wildlife parks, led by the flagship Bronx Zoo. Together these activities change attitudes towards nature and help people imagine wildlife and humans living in harmony. WCS is committed to this mission because it is essential to the integrity of life on Earth.