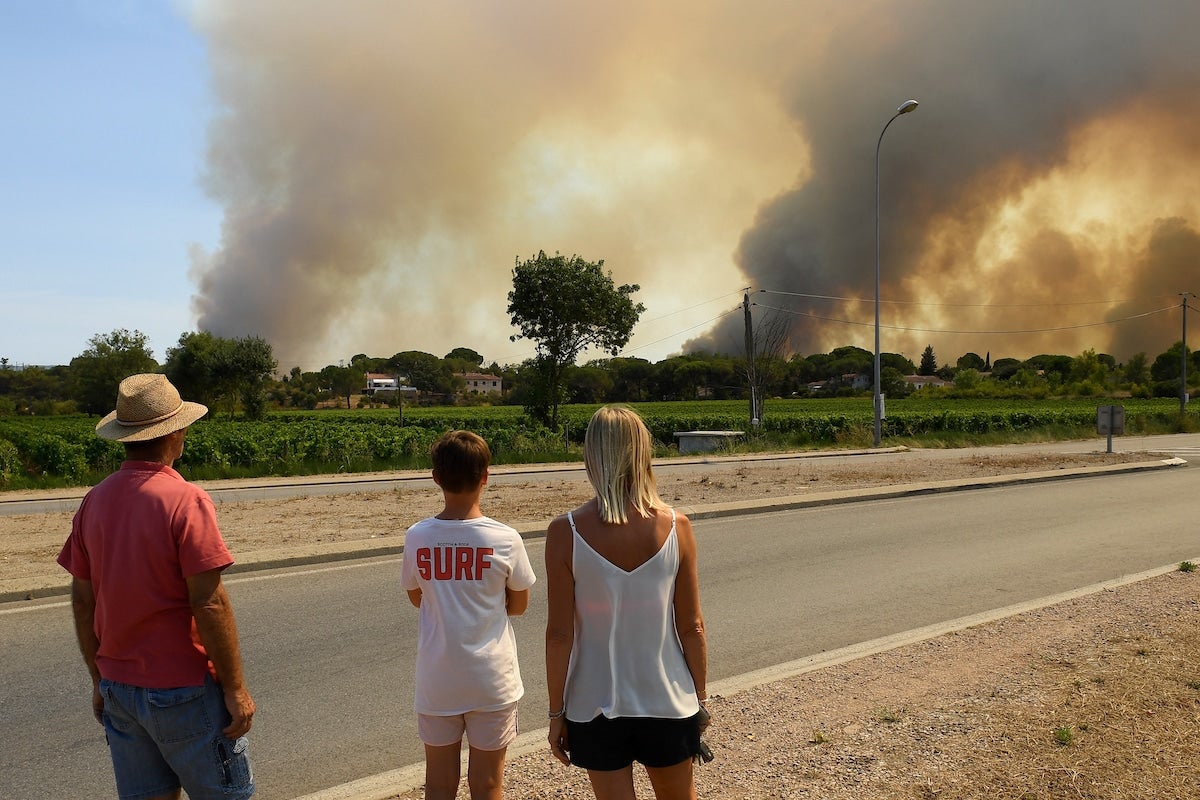 The number of extreme wildfires is set to increase this century because of the climate crisis and land-use change, a new UN report has warned.

The report, Spreading like Wildfire: The Rising Threat of Extraordinary Landscape Fires, predicted that especially severe wildfires would increase by 14 percent by 2030, 30 percent by 2050 and 50 percent by the end of the century.

“Uncontrollable and devastating wildfires are becoming an expected part of the seasonal calendars in many parts of the world,” report editor and Commonwealth Scientific and Industrial Research Organization principal research officer Andrew Sullivan said at a Monday press conference, as CNN reported. “Where wildfires have historically occurred, they may increase; however, where wildfires have not historically occurred, they may become more common.”

While wildfires have always occurred, the report was focused on fires that burn for extended periods of time, impacting large swathes of land and populations.

“The analysis was based on the definition of a catastrophic fire being one that would occur once every 100 years, so it’s a very low frequency fire event,” Sullivan told BBC News. “The result was that the potential for that sort of fire would increase by a factor of 1.3 to 1.5 times, based on global analysis of fire frequency.”

The researchers found that these types of fires are increasing through a combination of the climate crisis, land use change and poor management practices. Their risk is also increasing in unusual places, like peatlands and permafrost. And the increase projected by the report is roughly the same no matter how many greenhouse gas emissions human activity releases into the atmosphere. However, the report authors said the situation was not hopeless.

Instead, they called on governments to implement a “Fire Ready Formula” that would direct two-thirds of the money spent on fires towards planning, prevention and recovery and only a third towards the direct response, according to a UN press release. This is in contrast to today, when more than 50 percent of fire money goes to the immediate response and less than one percent goes towards planning.

“Current government responses to wildfires are often putting money in the wrong place. Those emergency service workers and firefighters on the frontlines who are risking their lives to fight forest wildfires need to be supported,” UNEP Executive Director Inger Andersen said in the press release. “We have to minimize the risk of extreme wildfires by being better prepared: invest more in fire risk reduction, work with local communities, and strengthen global commitment to fight climate change.”

The report authors also argued that governments and local communities should learn from each other to develop best practices for living with fire. Some natural solutions include starting controlled fires, encouraging grazing animals to reduce fuel and removing trees close to homes, The Guardian reported. In general, researchers say that more prescribed burns are required in the tropics, while there should be fewer controlled fires the farther you go from the equator.

“It’s not a one-size-fits-all situation. Fire is like rainfall – you get different types of fire in different parts of the world,” report contributor and University of the Witwatersrand in Johannesburg ecologist professor Sally Archibald told The Guardian.