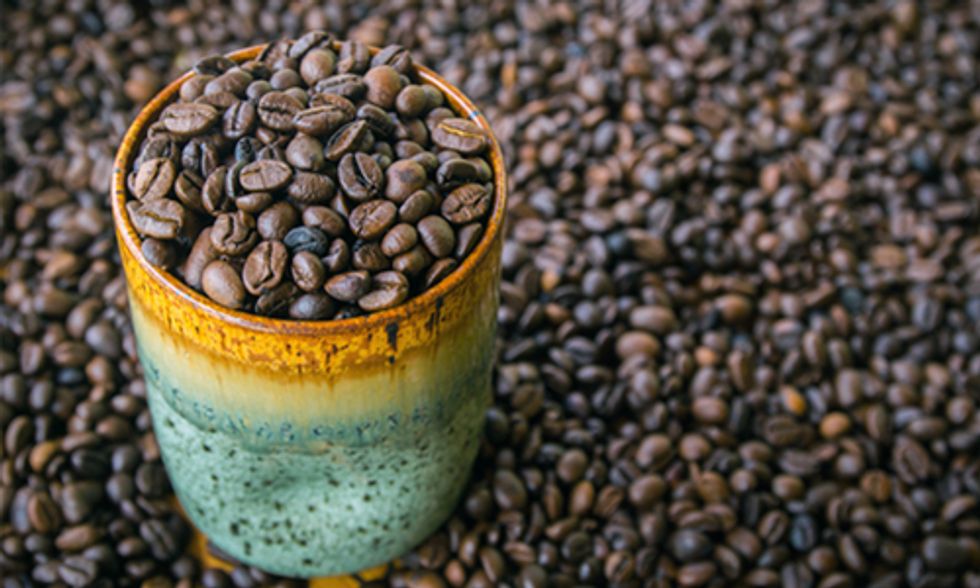 For most Americans, waking up with a fresh cup of coffee is the only way to get out of bed. But next to organic strawberries and organic cereal, you might be forgetting about pesticide-free coffee.

Recently, coffee has appeared on a number of lists for containing pesticides. Some groups and articles suggest agrochemicals used on stems and leaves could affect coffee beans, “in which case coffee beans could be carrying their residues." Meanwhile other studies find the high roasting temperatures eliminate most pesticide residues, although in one study “green, roasted and instant coffee samples” treated with insecticide directly on the leaves contained residues.

While the health risks on the consumer are likely minimal and still a matter of debate, there’s no question about the impacts of pesticides on the environment and farm workers.

Coffee is one of the largest and most important crops in the world, worth roughly $16.5 billion in the U.S. alone. The International Coffee Organization estimates there are nearly 26 million people employed in the coffee business across 52 countries. Next to Brazil and the European Union, the United States is one of the largest consumers of coffee and the largest market for organic coffee. Still, you might think organic coffee (farmed without the use of pesticides) would be close to conventional coffee in numbers. But organic coffee only accounts for 6.6 percent of the world’s harvested coffee.

It’s no wonder organic coffee hasn’t taken the coffee world over. In "Organic coffee: Why Latin America's farmers are abandoning it" Ezra Fieser reports that farmers can get roughly 485 pounds more coffee from one acre, applying 250 pounds of chemical fertilizer per acre. Compare this to 285 pounds on an organic farm. He adds, Latin American farmers had made the switch to organic crops but they couldn't sell their coffee at the higher price. "From Mexico to Costa Rica, at least 10 percent of growers [defected] in the past three years."

Growing conventional coffee will also be affected by climate change. According to the International Trade Centre, climate change will mean an increase in pests and diseases. This could mean a greater dependence on pesticides and possibly even more coffee grown under irrigation, which would mean water supplies would also suffer.

The use of pesticides continues to add to soil erosion and polluted waters from soil runoff. And there’s still another problem with pesticides. According to the IFC, it’s estimated that in Africa alone, “there could be as much as 50,000 tons of obsolete pesticides” stored in hazardous stockpiles. The problem with disposal of pesticide is difficult because it can cost $3,000 to $5,000 per ton to remove. But, because the materials are not all the same, there’s “no blanket solution.”

Although studies have been conflicted on pesticide residues in drinking coffee, there’s a bigger consensus when it comes to farmer safety. In a recent study, scientists surveyed a random sample of 81 coffee farmers in eastern Jamaica where coffee production employs “more than 50,000 people and contributes 7 percent of the island’s agricultural earnings.”

In the study 78 percent of the farmers experienced symptoms related to pesticide handling, including “dizziness, headaches, difficult breathing and tightness in the chest.” Much of this could be attributed to improper handling and little to no training on pesticide handling—a common problem in countries with no oversight or regulation. In four of the observation sessions, not a single farmer used protection like a facemask or rubber gloves. Battling pests like the coffee cherry borer and coffee rust is much easier if you have a toxic pesticide to kill them. Unfortunately a number of pesticides being used have been linked to animal and wildlife deaths and in some cases human deaths.

For millions of coffee aficionados, the coffee of choice comes from Starbucks. It’s true Starbucks is one of the largest purchasers of coffee. They have made it their mission to provide fairtrade coffee and report that 95.3 percent of their coffee is ethically sourced. Still, organic coffee is harder to come at a Starbucks because not only 1.1 percent of Starbucks’ coffee is organic.

All the types of coffee labels could make your head spin more than a quadruple shot espresso. There’s organic, fairtrade, shade-grown (which mean the coffee is grown under shade, signifying its commitment to the rainforest). Utz-certified coffee provides traceability programs and fair labor for farm workers and an "appropriate and modest use of fertilizers, pesticides, water and energy. Almost half of all fairtrade is certified organic as well. But on the issue of pesticides, if you want organic you’ll still want to verify the USDA organic label, as there are strict rules for any imports being labeled organic.

Why Shade Grown Coffee Is Better