WHO Says Coronavirus Is Likely Airborne 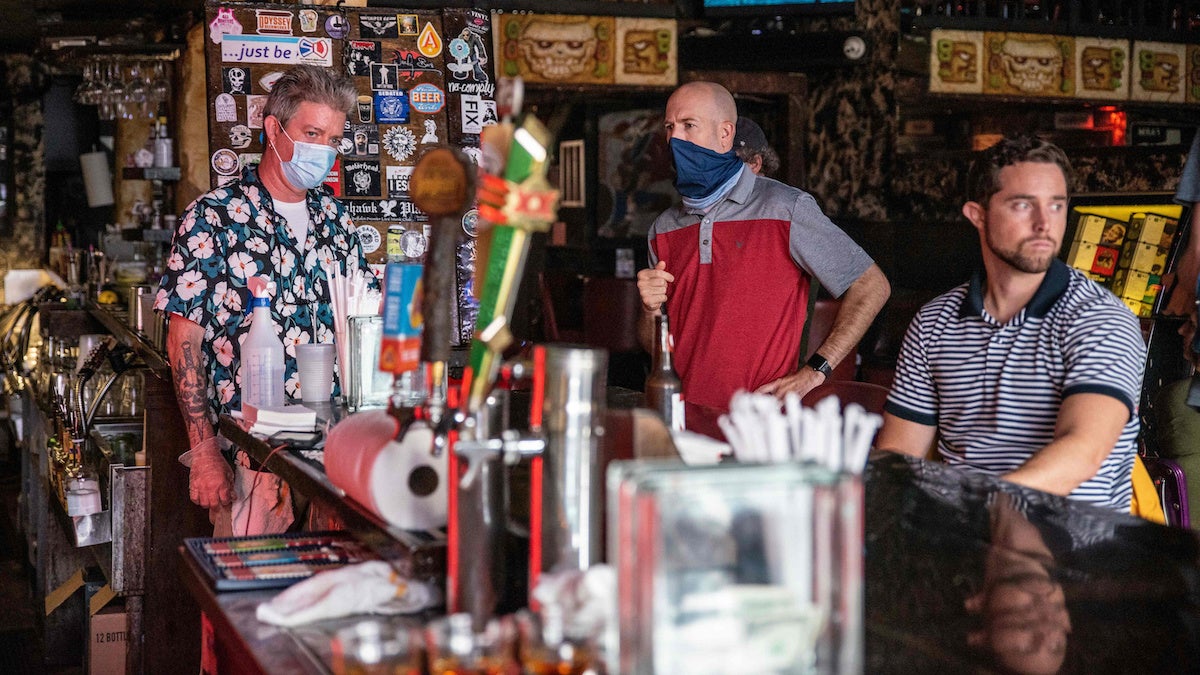 People sit at the bar of a restaurant in Austin, Texas, on June 26, 2020. Texas Governor Greg Abbott ordered bars to be closed by noon on June 26 and for restaurants to be reduced to 50% occupancy. Coronavirus cases in Texas spiked after being one of the first states to begin reopening. SERGIO FLORES / AFP via Getty Images

The coronavirus may linger in the air in crowded indoor spaces, spreading from one person to the next, the World Health Organization acknowledged on Thursday, as The New York Times reported. The announcement came just days after 239 scientists wrote a letter urging the WHO to consider that the novel coronavirus is lingering in indoor spaces and infecting people, as EcoWatch reported.

The letter, written by two scientists from Australia and the U.S. and published in the journal Clinical Infectious Diseases, said that studies have shown “beyond any reasonable doubt that viruses are released during exhalation, talking and coughing in microdroplets small enough to remain aloft in the air.”

The WHO had previously dismissed those concerns, but that position is quickly changing.

“We have to be open to this evidence and understand its implications regarding the modes of transmission, and also regarding the precautions that need to be taken,” said Benedetta Allegranzi, technical leader of the WHO task force on infection control, as Nature reported.

Its new scientific report released details on how the coronavirus that leads to COVID-19 can pass from one person to the next by staying in the air during medical procedures, or, for example, in crowded restaurants, choir practices and fitness classes, as The Associated Press reported.

“In these events, short-range aerosol transmission, particularly in specific indoor locations, such as crowded and inadequately ventilated spaces over a prolonged period of time with infected persons cannot be ruled out,” the United Nations health agency’s new guidance said, as CNBC reported.

And yet, the WHO said more research is “urgently needed to investigate such instances and assess their significance for transmission of COVID-19.”

In the updated brief, the WHO also pointed out more directly than it previously had that people who do not have symptoms may spread the virus. “Infected people can transmit the virus both when they have symptoms and when they don’t have symptoms,” the agency said, as The New York Times reported.

Prior to the new brief, the WHO said asymptomatic transmission was probably “very rare.”

As CNN reported, WHO’s website also noted that “there have been reported outbreaks of COVID-19 in some closed settings, such as restaurants, nightclubs, places of worship or places of work where people may be shouting, talking, or singing. In these outbreaks, aerosol transmission, particularly in these indoor locations where there are crowded and inadequately ventilated spaces where infected persons spend long periods of time with others, cannot be ruled out. More studies are urgently needed to investigate such instances and assess their significance for transmission of COVID-19.”

The new guidelines continue to suggest that people avoid crowds and ensure that buildings are well-ventilated. Some experts were pleased to see the revised guidelines, but felt they were not as extensive as they could have been.

“This is a move in the right direction, albeit a small one. It is becoming clear that the pandemic is driven by super-spreading events, and that the best explanation for many of those events is aerosol transmission,” said Jose Jimenez, a chemist at the University of Colorado who signed the letter in Clinical Infectious Diseases, as Reuters reported.

Dr. Anthony Fauci, director of the U.S. National Institute of Allergy and Infectious Diseases, told reporters in a press briefing on Thursday that there is not a lot of evidence about airborne transmission yet, but he added, “I think it’s a reasonable assumption that it does occur,” as Reuters reported.

He went on to say, the evidence so far is “the fundamental basis for why we are now so intent on getting people — particularly people without symptoms — to wear masks. To be able to see if we can mitigate against that.”