Airborne Coronavirus Transmission Must Be Taken Seriously, 239 Scientists Tell WHO 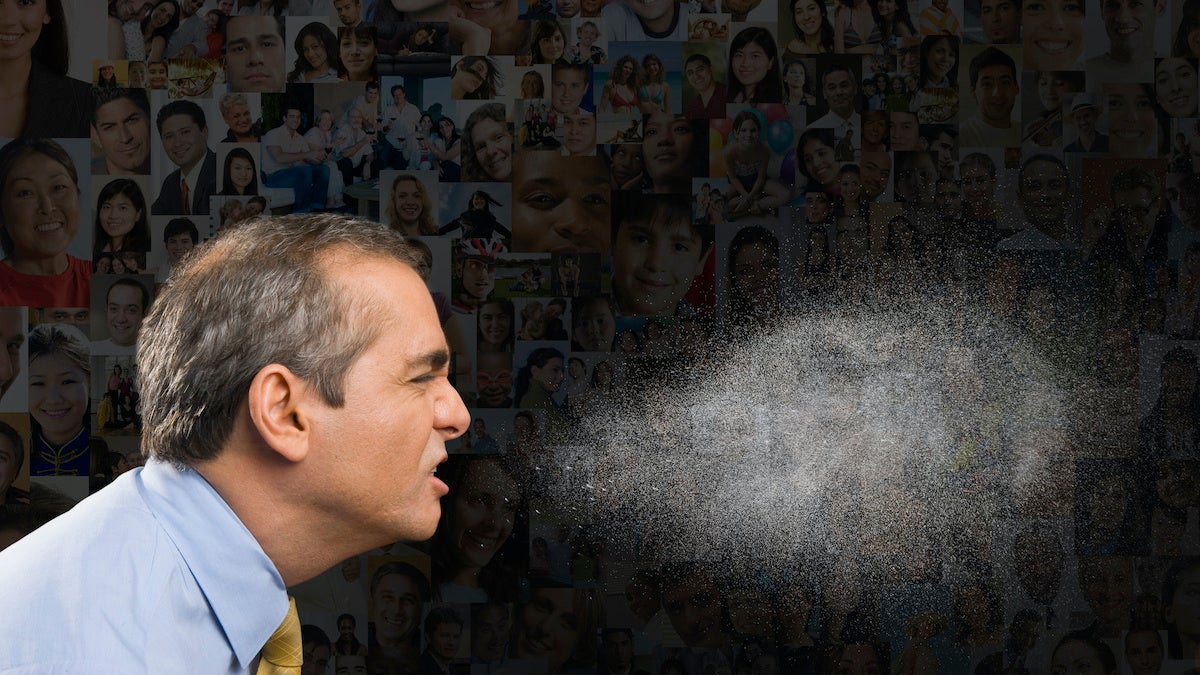 Scientists are urging the WHO to revisit their coronavirus guidance to focus more on airborne transmission and less on hand sanitizer and hygiene. John Lund / Photodisc / Getty Images

The World Health Organization (WHO) is holding the line on its stance that the respiratory droplets of the coronavirus fall quickly to the floor and are not infectious. Now, a group of 239 scientists is challenging that assertion, arguing that the virus is lingering in the air of indoor environments, infecting people nearby, as The New York Times reported.

The idea that the virus lingers in the air may explain why the virus is finding new victims to infect in clusters as people visit bars, restaurants, gyms and casinos worldwide.

In an open letter to the WHO, 239 scientists from 32 countries outlined the evidence that proves smaller particles can infect people, and are calling for the agency to revise its recommendations. The researchers plan to publish their letter, titled “It is Time to Address Airborne Transmission of COVID-19,” in a scientific journal this week, according to The New York Times. The paper will be published in Clinical Infectious Diseases, according to The Washington Post.

“We are aware of the article and are reviewing its contents with our technical experts,” WHO spokesman Tarik Jasarevic said in an email reply to a Reuters request for comment.

However, as recently as last Monday, the WHO published guidelines on stopping the spread of the virus in healthcare facilities that said airborne transmission of the virus is possible only after medical procedures that produce aerosols, or droplets smaller than 5 microns, or 5 millionths of a meter.

The fact that scientists resorted to a paper to pressure the WHO is unusual, analysts said to The Washington Post. It is likely to renew questions about the WHO’s messaging.

“WHO’s credibility is being undermined through a steady drip-drip of confusing messages, including asymptomatic spread, the use of masks, and now airborne transmission,” said Lawrence Gostin, a professor of global health law at Georgetown University who provides technical assistance to the WHO.

Gostin did compliment the WHO for hosting regular briefings, noting that the organization is in a tricky situation because it “has to make recommendations for the entire world and it feels it needs irrefutable scientific proof before coming to a conclusion.”

And yet, he sees the writing on the wall that “the public, and even scientists, will lose full confidence in WHO without clearer technical guidance,” as The Washington Post reported.

The signatories of the letter do not think their letter should raise panic. Instead, it should make the WHO revisit their guidance to focus more on respiratory aspects of the virus and less on hand sanitizer and hygiene.

“There is no reason for fear. It is not like the virus has changed. We think it has been transmitted this way all along,” said Jose Jimenez, a chemist at the University of Colorado who signed the paper, as The Washington Post reported. “Knowing about it helps target the measures to control the pandemic more accurately.”

Jimenez added that the scientists’ purpose in writing the letter was not to hurt the WHO, but merely to encourage it to consider new information.

“Our group of scientists doesn’t want to do anything that would undermine the WHO as an organization,” he said. “We only want it to adapt its guidance on aerosol transmission to the increasing evidence.”