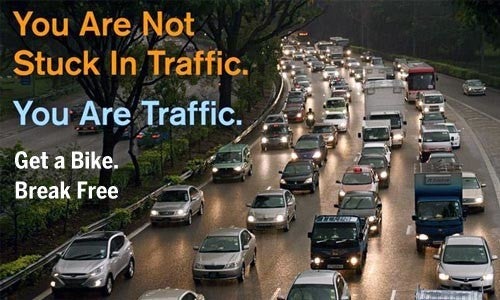 Consider what would happen if all Americans went car-free for just one day.

Paris decided to go car-free for one day in September after a rise in air pollution in March briefly made the city the most polluted in the world, “with smog so bad it almost completely obscured the city’s landmarks, including the Eiffel Tower,” said The Guardian.

The result of the car-free day? People loved it, saying it was “like a headache lifting.” They took to the streets en masse on bikes, skateboards and just their plain old two feet.

Smart woman, that @Anne_Hildago …Paris cut its smog by nearly half on the city’s first “car-free” day – Quartz https://t.co/Z30wvcK4bF

Other cities, such as New Delhi and Los Angeles, have closed off parts of their streets to cars for a day. But what would happen if all Americans went car-free for a day? Would it make a difference?

Watch this segment from Discovery News to find out: