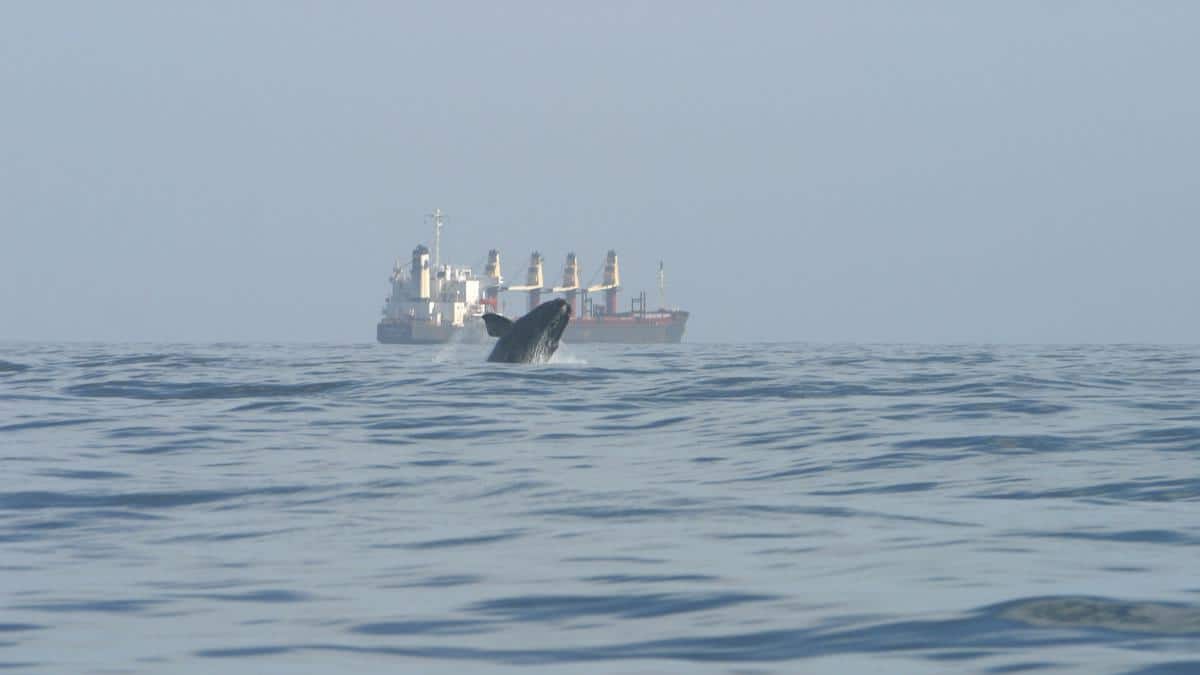 In the 1980s, video of dolphins dying in fishing nets sparked a public boycott of tuna and the development of “dolphin-safe” labeling programs for canned tuna that have become ubiquitous in many countries. Now, one organization wants to use that model to protect whales from collisions with ships.

The Italian NGO World Sustainability Organization launched the new “Whale-Safe” label in March via its Friend of the Sea project, which certifies fisheries, aquaculture, and tourism efforts as sustainable.

Run-ins with ships are a major cause of death and injury for whales. An estimated 80 whales die from ship collisions off the western U.S. annually. In the Mediterranean, one in five stranded whales recorded have marks from ship strikes. And while the International Whaling Commission (IWC) has compiled ship strike records from nearly every corner of the globe, these records are understood to be incomplete; crews on larger vessels may not notice if they hit a whale, and even observed strikes often go unreported.

“Time is not on our side, and we need to act,” said Paolo Bray, founder of Friend of the Sea, in an interview with Mongabay. Bray is also the European director of the California-based Earth Island Institute’s Dolphin Safe Monitoring Program, which certifies that enrolled tuna companies outside the U.S. meet dolphin-safe standards. 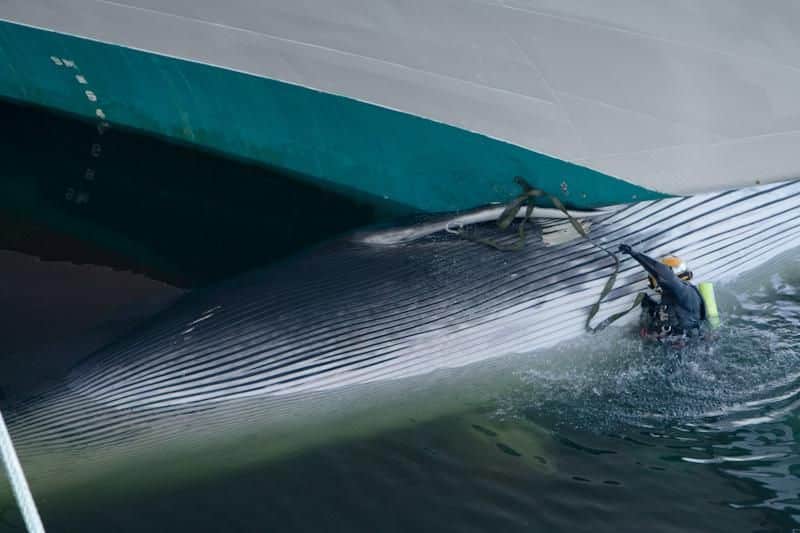 A diver removes a dead fin whale (Balaenoptera physalus) caught on the bow of a cruise ship docked in Vancouver, Canada, in 2009. The crews of large ships are often unaware when they hit a whale. Tyler Ingram via Flickr / CC BY-NC-ND 2.0

The Whale-Safe certification requires participating large ships to meet criteria that increase the odds of spotting, avoiding and documenting whales. Vessels must have an observation system operating at all times. This could include a human observer, but Bray said an infrared camera system would be more effective by allowing constant monitoring, including at night and during poor weather when human vision is limited.

Participating vessels must have a protocol, approved by Friend of the Sea, for how to react when they sight a whale, though the certification does not dictate what that reaction should be. They must use some sort of digital platform to access and share sighting information with other vessels. Bray also added that vessels must report any whale collisions to the local coast guard and the IWC database. (There are no legal requirements to do so.)

Some whale experts expressed skepticism about these criteria. John Calambokidis, a research biologist studying human impacts on marine mammals at Cascadia Research Collective in Washington state, said the program’s focus on sighting whales rather than attempting to keep ships from interacting with them in the first place may undermine its success.

“Their suggested solution seems almost completely focused on the idea of sighting and avoiding whales to reduce ship strikes, which has generally not been considered a particularly effective strategy,” Calambokidis wrote in an email to Mongabay.

The challenge, Calambokidis said, lies in how difficult it is to spot whales at night and in poor weather. Infrared cameras of the sort Bray suggested for low-visibility conditions are currently in the testing phase and remain unproven, he said. Ships also have limited ability to take evasive action.

Instead, he said, most ship strike reduction strategies aim to slow ships down or reroute shipping lanes outside of whale habitat, which have proven benefits.

Whale-Safe will require vessels to comply with local regulations, including speed requirements and navigational routes specific to whales. The program will track compliance by collaborating with local agencies, or by using platforms that already track ships throughout their route. The goal, Bray said, is to “provide flexibility” by allowing ships to prove their compliance via services they already use.

Friend of the Sea plans to regularly publish a list of maritime companies that comply with Whale-Safe requirements. It also plans to release a study assessing the compliance of the biggest cruise and cargo operators.

The goal is to whip up public pressure as a way to galvanize companies to participate. “I think that once the consumers start to be aware of what is going on with whales, they will push for change,” Bray said. 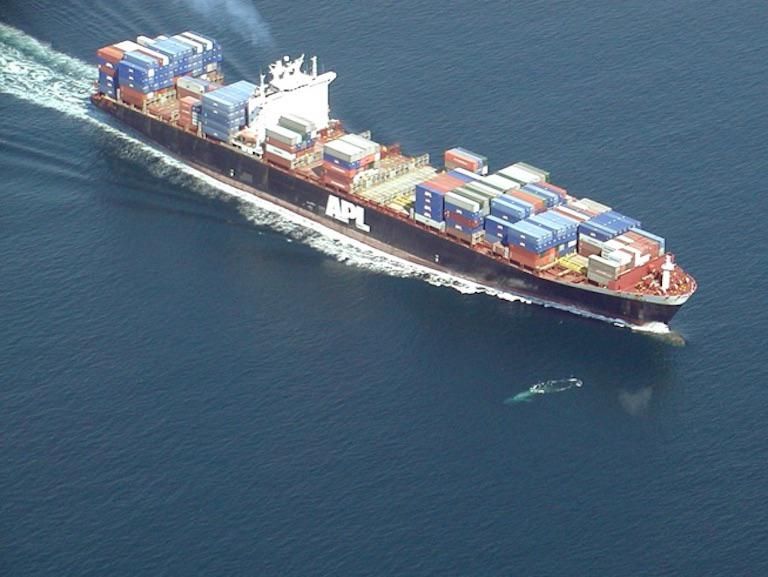 This strategy may be more effective for some types of maritime traffic than for others.

René Taudal Poulsen, an associate professor at the Copenhagen Business School, studies sustainability in maritime industries. He said current sustainability certification schemes for the shipping industry, which primarily focus on carbon emissions and air pollution, are most effective in consumer-facing sectors.

Container-shipping companies and cruise lines, for example, interact directly with the companies and travelers in their customer base. Their ships also often return to the same ports over and over. This creates a public-facing image that can be subject to community pressure. It also enables local incentive schemes, such as reduced dock fees in their home ports in exchange for cutting air pollution.

Yet the same inducements don’t apply to tankers and bulk carriers, which together make up about half of all merchant maritime traffic. These large ships are run by many small companies with little public image. They travel globally, maintaining few ties with port communities, and have little motivation to work for local incentives.

“These initiatives are converting the pressure the port experiences from the port community, or converting the pressure that major branded goods experience from consumers, into incentives,” Taudal Poulson said in an interview with Mongabay. “But the tankers and bulkers, they’re transporting commodities like grain, iron ore, fertilizer — things you don’t buy in a supermarket. So, public pressure has not been driving a lot of improvement so far.” 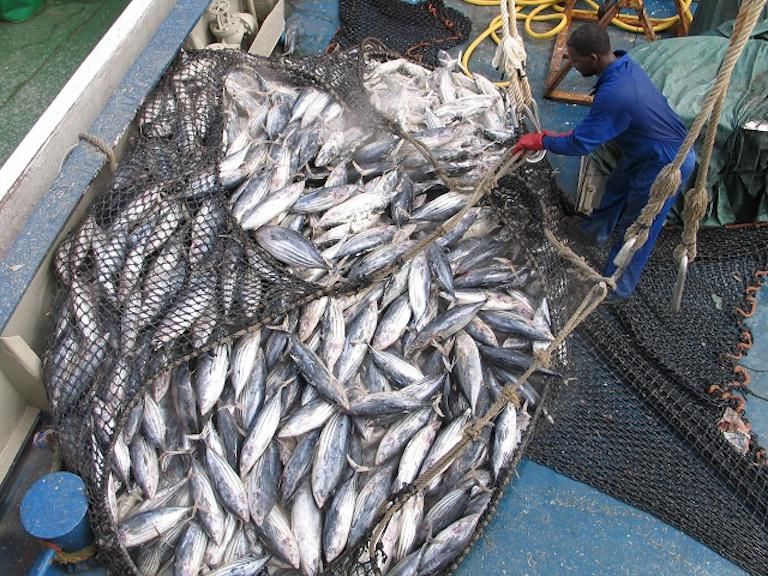 “We want to face [companies] with the issue, and it’s going to be a gradual process. We don’t expect things to change immediately,” Bray said. “But we hope by bringing through the media this issue to the surface, and also making the general public more knowledgeable about this problem, we think that gradually the approach of the companies will change.”

If companies do volunteer to participate in Whale-Safe, and comply, the final challenge will lie in assessing how much of an effect the label truly has. Take the model for the new program, dolphin- safe tuna labeling. Dolphin deaths caused by the tuna fishery in the eastern Pacific Ocean have fallen drastically since the 1980s, from more than 100,000 per year to closer to 1,000. But experts attribute this improvement not only to dolphin-safe labels, but also to other measures enacted around the same time. These include the U.S. Marine Mammal Protection Act of 1972 and the La Jolla Agreement of 1990 that set limits on dolphin mortality in tuna fisheries.

If tuna fishing serves as a prototype, it seems clear shipping companies won’t be able to label their way out of their whale collision problem. Reducing whale deaths is likely to require a much broader response.