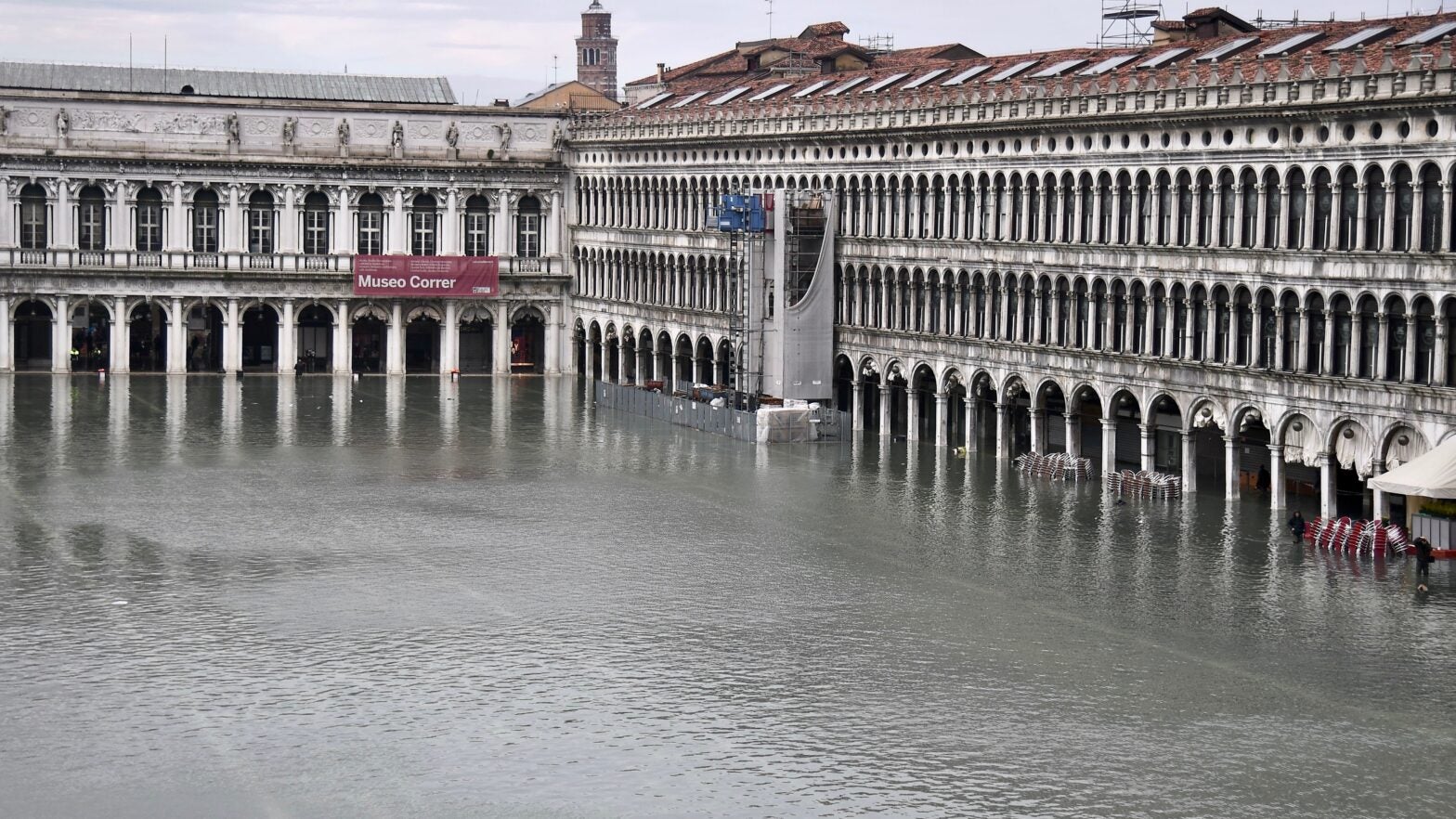 Two people have died as Venice has been inundated by the worst flooding it has seen in more than 50 years, The Guardian reported Wednesday.

One elderly man was found electrocuted on the island of Pellestrina when he was struck by lightning while operating an electric water pump. The body of a second man was found in his home.

Venice Mayor Luigi Brugnaro announced on Twitter Tuesday night that he would declare a state of emergency Wednesday.

“These are the effects of climate change,” he wrote.

The Mayor of Venice blames climate change for tonight’s state of emergency flooding event with water just shy of the devastating record-high “aqua alta” of 1966.

St Mark’s Basilica is flooded for the second time in 2 years.

This year’s flood comes just one year after the city also saw major flooding in the fall. Last year’s flooding caused €2.2 million (approximately .42) worth of damage to St. Mark’s Basilica, according to The Guardian. And the famous church was inundated again this year, BBC News reported.

“Venice is on its knees,” Brugnaro said in a tweet reported by the Associated Press. “St. Mark’s Basilica has sustained serious damage like the entire city and its islands.”

LOOK: A man could swim in the famous Saint Mark's square thanks to the flood

Venice is bracing itself for another wave on Wednesday as flooding reached 85% of the city pic.twitter.com/V0PjmTPcAf

The church has flooded six times in 1,200 years, and four of those floods were in the last 20, St. Mark’s council member Pierpaolo Campostrini told BBC News.

In total, Tuesday’s floods inundated more than 85 percent of the city, the Associated Press reported. At least 60 boats were damaged, and the Venice hotel association said that it faced massive damage at its properties: Power went out and guests had to be evacuated to higher floors.

Photo was sent to us by Andrea Farruggio. pic.twitter.com/WgqmipxmZt

Venice is the Mediterranean World Heritage Site currently most at risk from flooding due to sea level rise, a 2018 study found.

Brugnaro promised completion of the “Moses” project to protect Venice from flooding by building offshore barriers, The Guardian reported. Construction began in 2003 but has been delayed, partly due to a corruption scandal.

But Luca Zaia, governor of the Veneto region, told SkyTG24 that he did not know if the barriers would be effective against flooding like Tuesday’s, the Associated Press reported.

“Despite 5 billion euros under water, St. Mark’s Square certainly wouldn’t be secure,” Zaia said. The iconic square is one of the city’s lowest points.