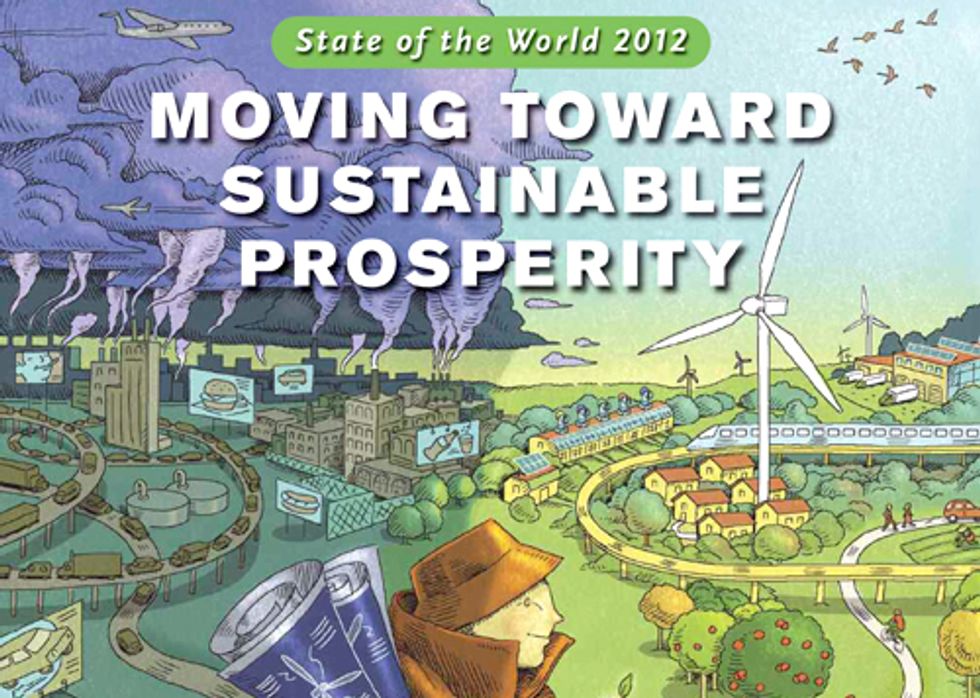 Finding ways to value ecosystem health economically and to engage the world’s indigenous peoples in the process is key to saving biological diversity, a Worldwatch author suggests in the Institute’s most recent book. Such efforts are all the more urgent because the addition of more plant and animal species to key lists of those threatened or endangered shows no signs of slowing down, despite rising public awareness of the importance of biodiversity.

This World Biodiversity Day (May 22), Worldwatch Institute is raising awareness of biodiversity losses worldwide and what individuals and institutions can do to confront these trends. The current rate of species extinction is up to 1,000 times above the Earth’s normal extinction rate, a level of loss that has not occurred since the extinction of the dinosaurs 65 million years ago. The Worldwatch Institute, in its recently released report State of the World 2012: Moving Toward Sustainable Prosperity, highlights the threats to biodiversity and methods for combating the exploitation and degradation of ecosystems and their services.

From 1980 to 2008, an average of 52 species per year moved one category closer to extinction on the International Union for Conservation of Nature’s Red List of Endangered Species—a rate that shows no signs of slowing. Although mass extinctions have occurred on Earth throughout geologic time, the current loss of biodiversity is the first to be caused overwhelmingly by a single species: humans. The five principal pressures causing biodiversity loss are habitat change, overexploitation, pollution, invasive alien species and climate change, all of which are almost exclusively human driven.

“The current model of consumer societies is destroying the planet and its resources,” said Bo Normander, director of Worldwatch Institute Europe and a contributing author to State of the World 2012. “This must change in order for the planet to sustain future generations.”

At the 1992 United Nations Conference on Environment and Development in Rio de Janeiro, Brazil, leaders made a commitment to preserve biological resources by signing the Convention on Biological Diversity (CBD), but there remains a fundamental lack of political will to act on biodiversity threats. In 2002, the CBD promised “a significant reduction of the current rate of biodiversity loss” by 2010, yet within those eight years, most countries failed to meet their targets.

To combat the loss of Earth’s natural capital, scientists strive to assign concrete values to natural resources with the hope that an economic appreciation of ecosystem services may facilitate improved planning and management of Earth’s systems. Yet progress on developing accurate, straightforward and widely accepted measures for assessing ecosystem values remains slow.

“Accurate valuation of ecosystem services is vital to create greater accountability and awareness of the ecological impact of our actions,” said Erik Assadourian, Worldwatch senior fellow and State of the World 2012 project co-director. “By understanding ecosystem services in monetary or physical terms, leaders can assess and improve the sustainability of their policies.”

Current international practices discount future generations by effectively valuing ecosystem services at zero. Such undervaluing is often a result of society’s ignorance of the full benefits that humans derive from an intact ecosystem. Thus, individuals make decisions based on the immediate financial gains of logging a forest, for example, instead of considering the “invisible” benefits of the forest, such as carbon sequestration, flood protection, and habitat for pollinators.

Valuing ecosystems and their services is difficult as knowledge is limited by the complexity of environmental systems. Many linkages between organisms are yet to be discovered, and slight perturbations may have dramatic, unforeseen consequences. Despite these challenges, scientists and politicians attempt to frame the benefits provided by ecosystems using relatable monetary or physical indices. The two most common methods are to create a common asset trust, which “propertizes” the public good without privatizing ecosystems; and to pay for ecosystem services, such as when farmers are paid to leave land fallow for improved soil health.

In State of the World 2012, Worldwatch provides several recommendations for enhancing ecosystem service valuation, including:

Manage ecosystem services on an appropriate scale: Ecosystem services must be evaluated on spatial and temporal scales, in order to determine which institution can effectively manage that ecosystem. Collaboration between scales of government and those managing the services is vital.

Include the global poor in valuation: The world’s poor and indigenous groups rely heavily on natural resources and common goods for sustenance and livelihood. Many attempts at valuing ecosystem services, such as designating a forest as a preserved trust, have excluded indigenous groups from their traditional sources of food and fuel—an approach that not only is unjust, but will also undermine the long-term success of these efforts.

In addition to these approaches to valuation, Worldwatch champions initiatives that protect biodiversity, such as urban gardening and beekeeping, inclusive forest protection, and the creation of Marine Protected Areas (MPAs), or zones in the world’s oceans or coastal waters where activities like fishing and mining are strictly regulated. These added protections increase biodiversity within the MPA, which in turn enriches the surrounding waters and ecosystems. Despite the known advantages of MPAs, they protect only 0.8 percent of the world’s oceans.

Worldwatch applauds these efforts to combat the loss of global biodiversity. But to truly protect biodiversity and value ecosystem services effectively, multinational cooperation is required. Worldwatch’s State of the World 2012, released in April 2012, focuses on steps in biodiversity protection and other areas that can be taken at Rio+20, the 20-year follow-up to the historic 1992 Rio Earth Summit, to make progress toward sustainable development.