Uber to Require Mask-Wearing Selfies From Some Riders 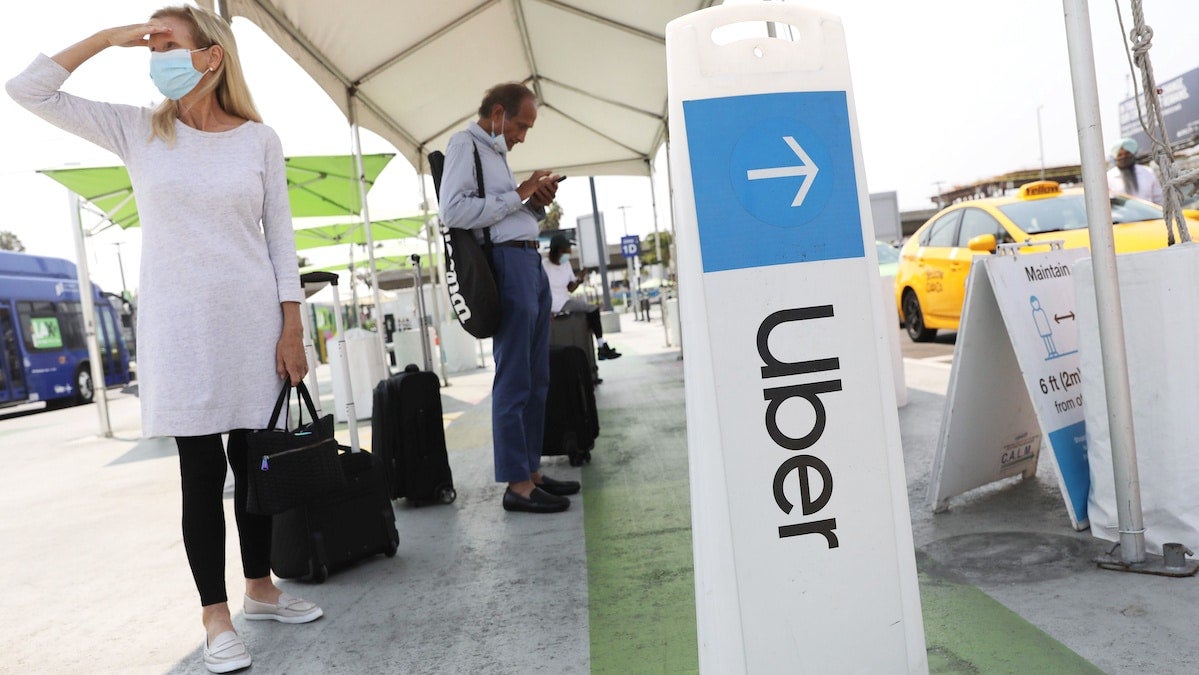 The ride-sharing giant Uber announced Tuesday that riders who have flouted the company’s mask-wearing mandate will be required to take a selfie showing that they are wearing a mask before they can request a car. The rule also applies to all riders requesting a ride in New York City’s five boroughs.

In announcing the policy, Uber referenced the CDC’s statements on mask wearing and highlighted the bevy of peer-reviewed articles the CDC cites as evidence that wearing a mask helps stop the spread of communicable infectious diseases, according to CBS News.

Uber has required both riders and drivers to wear a mask since May. The company acknowledges that most customers and drivers have complied with the mandate, but a few break the rules.

“If we do have people who are still violating the policy, we want to be able to verify them with an extra step,” Uber’s senior director of product management, Sachin Kansal, told ABC News. “And if they’re not wearing a mask, they will not be able to take a ride.”

When the policy went into effect in May, Uber only required the verification from drivers or people making deliveries with Uber Eats.

“We firmly believe that accountability is a two-way street,” said Uber in a statement. “That’s why we’re expanding the same technology to riders, too. If a driver reports to us that a rider wasn’t wearing a mask, the rider will be required to take a selfie with their face covered before they’re able to take another trip with Uber. With the addition of this new feature, one driver’s feedback can help ensure the safety of Uber for the next driver.”

The mask verification will start in the U.S. and Canada at the end of September. After that it will move to Latin America and then to the entire international market, according to the company, as CBS News reported.

When the May policy first went into effect, the company also invested million in cleaning supplies. It also decked out its cars with a plastic sheet separating the passenger from the driver, according to Gothamist. The company claims it has provided more than 800,000 packages of disinfectant sprays, wipes and hand sanitizer to drivers for free and it will distribute millions more as efforts to control the spread of the coronavirus continue.

Uber’s largest competitor Lyft also requires both drivers and riders to wear masks. It also requires riders to sit in the back and to have the window open, weather-permitting, to allow air to flow, according to CBS News.

Uber says the face detection software can even detect if a rider’s mask is pulled up over their nose or not. The company also insists that it will not store your selfie, if you’re concerned about your privacy.

“In about four days we delete the picture,” Kansal said to ABC News. “The reason why we keep it for four days is in case there is any issue, there is any complaint.”

Uber’s existing policy already allows a driver or a rider to cancel a trip without penalty if they see the other one not wearing a mask, according to CBS News.

“If we find that riders or drivers have been in violation of the policy, we will first educate them,” Kansal told ABC News. “We will send them emails. We want to make sure that they actually understand what the policy is. But if we see repeat violation, then we can take further action, including taking them off the platform.”