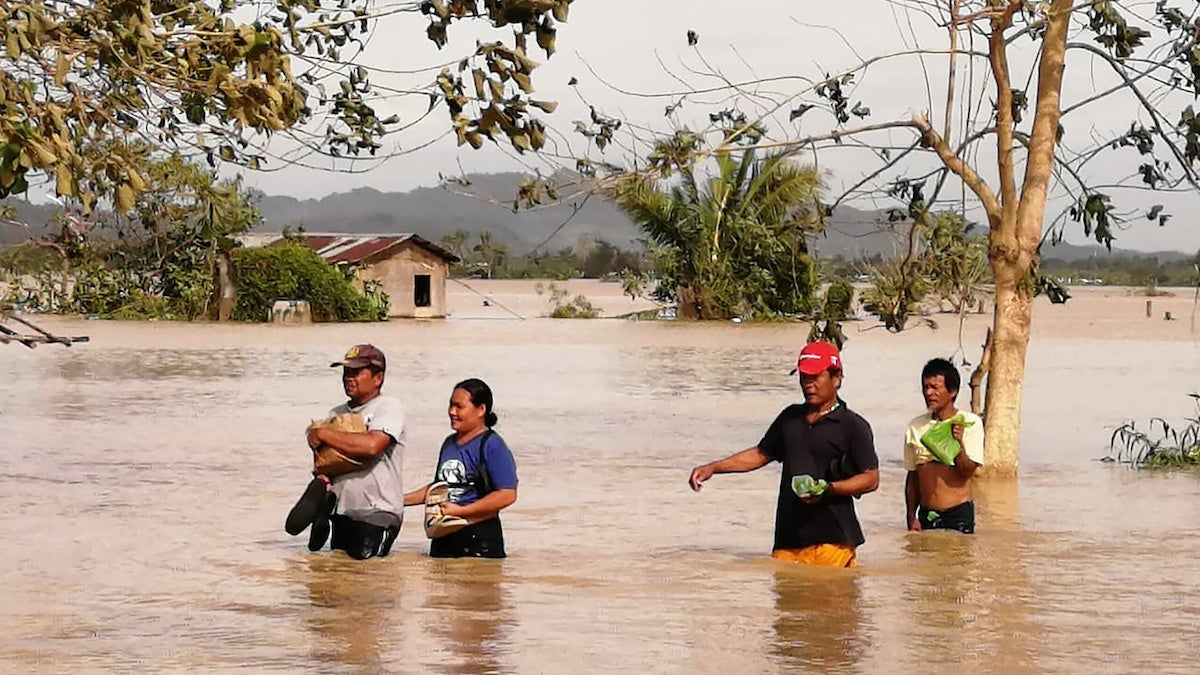 Typhoon Phanfone battered the Philippines on Christmas Day, killing at least 28 and uprooting tens of thousands.

Authorities revised the death toll upwards on Friday from 16, and said it might rise again, AFP reported. At least 12 people are missing.

“The likelihood is present that the casualty count will still increase,” national disaster agency spokesman Mark Timbal told AFP. “We’re hoping against it.”

The storm made landfall Tuesday night and continued to hit islands in the central Philippines on Wednesday, BBC News reported. Wind gusts measured up to between 118 and 124 miles per hour, according to figures reported by BBC News and AFP respectively. The wind destroyed homes, trees and power lines. The storm also caused landslides and flooding, The Associated Press reported. Most of the deaths were caused by drowning, falling trees or electrocution.

The death toll was the highest in the provinces of Iloilo and Capiz, BBC News reported. In Iloilo, most of the deaths occurred in the town of Batad, disaster office head Jerry Byuna told ABS-CBN News. One family was swept away by flood waters when attempting to reach higher ground.

One official said the town was entirely blacked out Christmas Day.

“You can’t see anybody because there was a total blackout, you can’t hear anything. The town looked like a ghost town,” Cindy Ferrer of the regional Office of the Civil Defense told The Associated Press.

The Philippines is a predominantly Catholic country, and the storm meant that tens of thousands had to spend the holiday away from home. More than 58,000 people were evacuated ahead of time and around 15,000 were stranded at ports waiting for suspended ferries, BBC News reported.

“I join in the pain that affected the dear people of the Philippines because of the Typhoon Phanfone,” Pope Francis said, according to BBC News. “I pray for the numerous victims, for the injured and for their families.”

The recovery effort will now begin. Chairman of the Philippine Red Cross Richard Gordon told BBC News that water and power had been cut in many areas because of the storm and could take weeks to restore.

“A lot of people have lost their homes and they need food,” he said.

The storm departed the Philippines for the South China Sea Thursday morning, AFP reported. It is headed towards Vietnam but is expected to weaken significantly before it hits.

The Philippines is hit by an average of 20 storms per year. Phanfone is the 21st to strike the country in 2019. The storms often kill and destroy harvests and homes, keeping people in poverty.

The climate crisis only makes the country more vulnerable to typhoons. A 2016 study found that warming ocean temperatures had already made typhoons in Asia around 15 percent more intense and therefore 50 percent more destructive over the last 40 years. The storms are projected to intensify further.

“We want to give the message that typhoon intensity has increased and will increase in the future because of the warming climate,” research leader and University of North Carolina at Chapel Hill Professor Wei Mei told The Guardian at the time.