How Is Climate Change Affecting the Philippines? 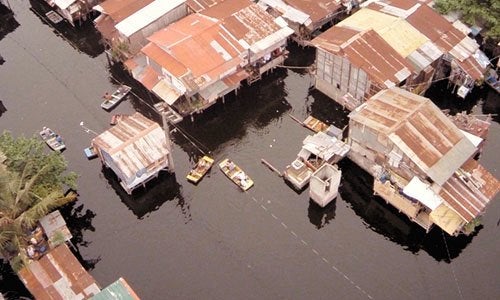 Haiyan, Thelma, Ike, Fengshen, Washi, Durian, Bopha, Trix, Amy, Nina. These are the 10 deadliest typhoons of the Philippines between 1947 and 2014.

What’s alarming is that five of the 10 have occurred since 2006, affecting and displacing thousands of citizens every time. Seven of these 10 deadly storms each resulted in more than 1,000 casualties. But the deadliest storm on record in the Philippines is Typhoon Haiyan, known locally as Typhoon Yolanda, which was responsible for more than 6,300 lost lives, more than four million displaced citizens and $2 billion in damages in 2013. So what’s going on—is the Philippines simply unlucky? Not exactly. 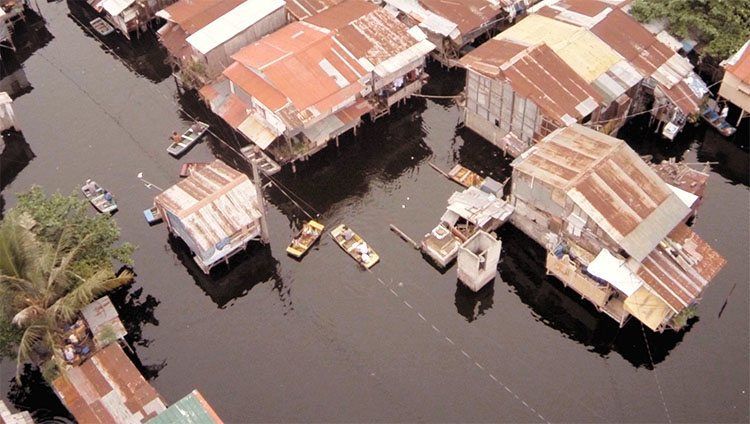 The Philippines has long been particularly vulnerable to extreme weather. Photo credit: The Climate Reality Project

The Philippines has long been particularly vulnerable to extreme weather. But in recent years the nation has suffered from even more violent storms like Typhoon Haiyan. On average, about 20 tropical cyclones enter Philippine waters each year, with eight or nine making landfall. And over the past decade, these tropical storms have struck the nation more often and more severely, scientists believe, because of climate change. In addition, two factors unique to the Philippines—its geography and development—have combined to exacerbate both this threat and its devastating consequences.

As Climate Reality heads to Manila, Philippines on March 14-16 for our next Climate Reality Leadership Corps training, we wanted to take a deeper look at how climate change affects the Philippines and the role geography and development play in making a tremendous challenge even greater.

The Global Climate Risk Index 2015 listed the Philippines as the number one most affected country by climate change, using 2013’s data. This is thanks, in part, to its geography. The Philippines is located in the western Pacific Ocean, surrounded by naturally warm waters that will likely get even warmer as average sea-surface temperatures continue to rise.

To some extent, this is a normal pattern: the ocean surface warms as it absorbs sunlight. The ocean then releases some of its heat into the atmosphere, creating wind and rain clouds. However, as the ocean’s surface temperature increases over time from the effects of climate change, more and more heat is released into the atmosphere. This additional heat in the ocean and air can lead to stronger and more frequent storms—which is exactly what we’ve seen in the Philippines over the last decade. 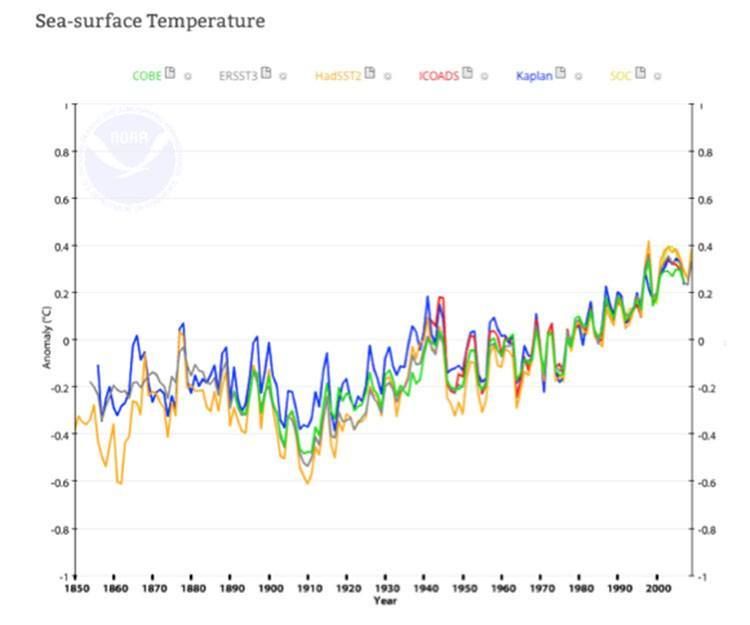 The Philippines also lacks natural barriers; as a collection of more than 7,000 islands there is almost nothing standing between them and the sea. In addition to their coral reefs, one of the best buffers against typhoons are the Philippine mangrove ecosystems. These mangroves help mitigate the impact of storm surge and stabilize soil but have disappeared by almost half since 1918 due to deforestation (an issue for another day).Other natural factors, like regional wind patterns or currents, can also increase the risk of tropical storms. Geography again plays a role here, as these factors affect different areas of the country differently, due to their unique circumstances. The graphic below from a report by the Philippine Department of Environment and Natural Resources shows how the various regions in the Philippines can face a range of climate threats, based on where they sit on the map. 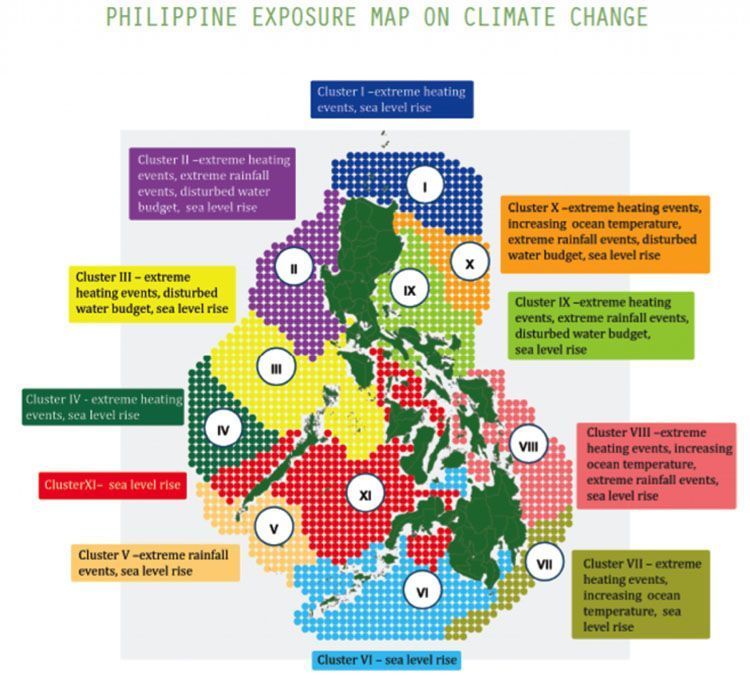 The map also shows the regions most vulnerable to sea-level rise, another detrimental effect of climate change that can be exacerbated by the storm surge from tropical storms. Sea levels in the Philippines are rising at about twice the global average. And when especially strong storms like Typhoon Haiyan make landfall, this higher sea level contributes to storm surge that can rise upwards of 15-20 feet, displacing thousands or even millions of citizens in coastal communities. Which brings us to our next topic: development in the Philippines.

Developmental factors have made it difficult for the Philippines to prepare and respond to disasters. Evacuation plans, early-warning systems and shelters are critical to dealing with extreme weather events. Warning and relocating thousands or millions of citizens when a storm is approaching would be a massive hurdle for any country—and in the case of a developing nation like the Philippines with nearly 100 million citizens spread out across thousands of islands, the hurdle becomes bigger still.

Then there’s what these storms mean for the Philippines’ economy. According to a 2013 statement from government officials, a destructive typhoon season costs the nation two percent of its gross domestic product. It costs another two percent to rebuild the infrastructure lost, putting the Philippines at least four percent in the hole each year from tropical storms. And when you’re a nation aspiring to grow and create better lives for your citizens, this regular hit to the economy is the last thing you can afford.

This is not an easy problem to fix, but we need to try. The first step is educating citizens both in the Philippines and around the world about what the nation is facing and about the practical clean-energy solutions available that can begin to address the harmful effects of climate change in the Philippines and beyond.

We’re going to do just that at our next Climate Reality Leadership Corps training on March­ 14­–16 in Manila, Philippines, led by former U.S. Vice President Al Gore. We invite you to learn more about how you can make a difference in fighting climate change by applying to become a Climate Reality Leader. Applications for our Manila training are open through Feb. 8, 2016.