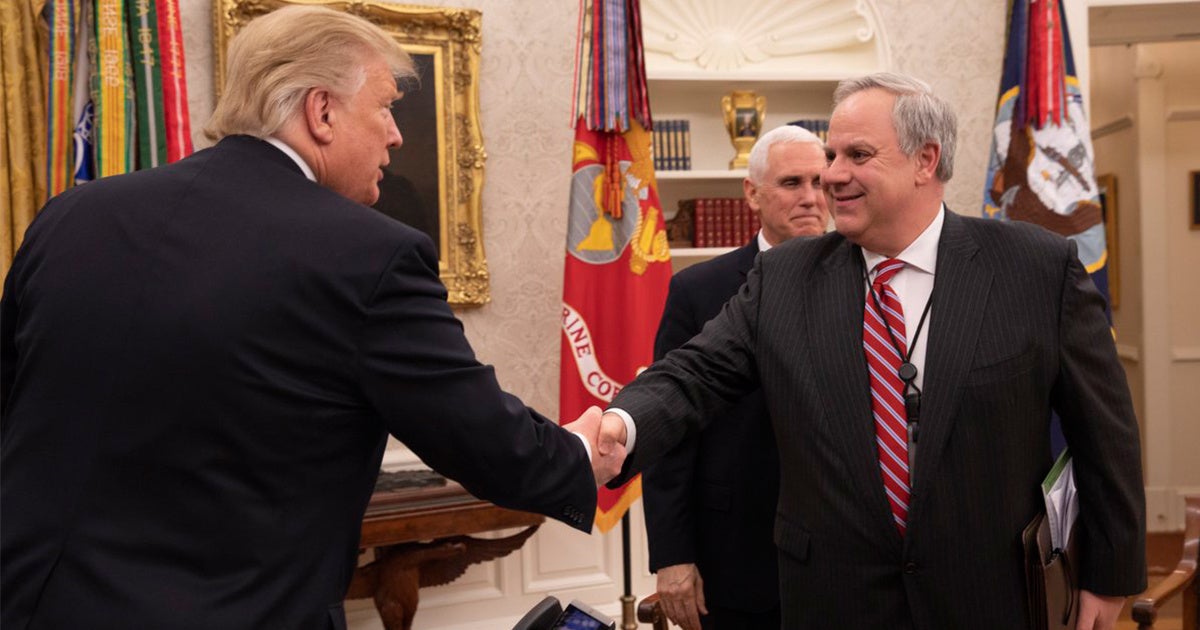 Acting Interior Secretary David Bernhardt, who faces a Senate confirmation hearing Thursday after President Donald Trump nominated him to head Interior permanently, acted to block a report that found that two pesticides “jeopardize the continued existence” of more than 1,200 endangered species, according to documents obtained by The New York Times and the Center for Biological Diversity (CBD).

In 2017, Fish and Wildlife Service (FWS) scientists completed a report on the threat posed by three pesticides to endangered species. But before they could make it public that November, they were stopped by top political appointees including then-Deputy Secretary Bernhardt, who instead initiated a new process using a narrower standard for assessing risk, The New York Times reported. The Times’ investigative report is based on more than 84,000 pages of Interior Department and U.S. Environmental Protection Agency (EPA) documents obtained via a Freedom of Information Act requests by the Times and CBD.

One of the pesticides covered in the FWS study was the controversial chlorpyrifos, which Trump’s EPA has separately fought attempts to ban after its own scientists warned of its dangers to children.

“It’s outrageous that Trump, Bernhardt and the industry hacks inhabiting this administration are speeding the extinction of nearly 1,400 endangered species by refusing to take any action on chlorpyrifos,” CBD environmental health director Lori Ann Burd said in a statement. “If political appointees weren’t stopping the government’s own scientists from doing their jobs, this brain-damaging, wildlife-killing horror of a pesticide would already be banned.”

The original study was part of a re-registration of the three pesticides, a process that takes place every 15 years. It found that chlorpyrifos put 1,399 species at risk while the pesticide malathion put 1,284 at risk and diazinon put 175 at risk. One species put at risk by pesticides was the San Joaquin kit fox, a five pound animal that had once been widely present in the California valley until pesticides like diazinon poisoned the grasses and birds it fed on. The FWS also found that the Cape Sable seaside sparrow in Florida was put in danger by the spraying of chlorpyrifos.

“For many vulnerable species, a single exposure could be catastrophic,” the original report said.

EXCLUSIVE: Scientists at Interior Depart spent several years-& thousands of hours-studying impact 3 pesticides have on endangered species. Their conclusion: more than 1,200 at jeopardy. Then release of their report was blocked, in part by David Bernhardt. https://t.co/xNuRnYVIVU

The new standard being used to assess risk was “one that pesticide makers and users had lobbied intensively to promote,” The New York Times reported. The New York Times reported that chlorpyrifos-maker Dow Agrosciences, which was recently renamed Corteva, had donated million to Trump’s inauguration committee. The company said the donation was not related to the policy change, but Corteva spokesperson Gregg M. Schmidt said the new policy would lead to “a better understanding of where and how pesticides are being used.”

FWS staff wrote their original report assuming that the pesticides were being sprayed the maximum amount legally allowed on their labels, while the industry argued that they should base their findings on actual use. FWS staffers argued that historic usage data would not reflect how pesticides might be used in the future. Label limits are also legally enforceable.

The staff had worked literally thousands of hours–for years. Four biologists. Four toxicologists at Fish & Wildlife HQ, and staff from dozens of Fish & Wildlife field offices nationwide. A MASSIVE collaborative effort. Staff celebrated as they wrapped up their work. SEE THIS pic.twitter.com/00wWtryDUE

Former EPA official Wendy Cleland-Hamnett, who left the agency in late 2017, said that the shift in policy at Interior was consistent with what she had experienced at the EPA during the Trump administration. “It is certainly similar to the pattern we saw in toxic chemicals as well, where the regulated industry had a more sympathetic ear in the new administration,” Cleland-Hamnett told The New York Times. “And that resulted in a shift in approach as to how these issues would be handled.”

“This has necessitated delaying the release of the draft biological opinions but will ultimately ensure that they are legally sound and based on the best available scientific information,” she said.