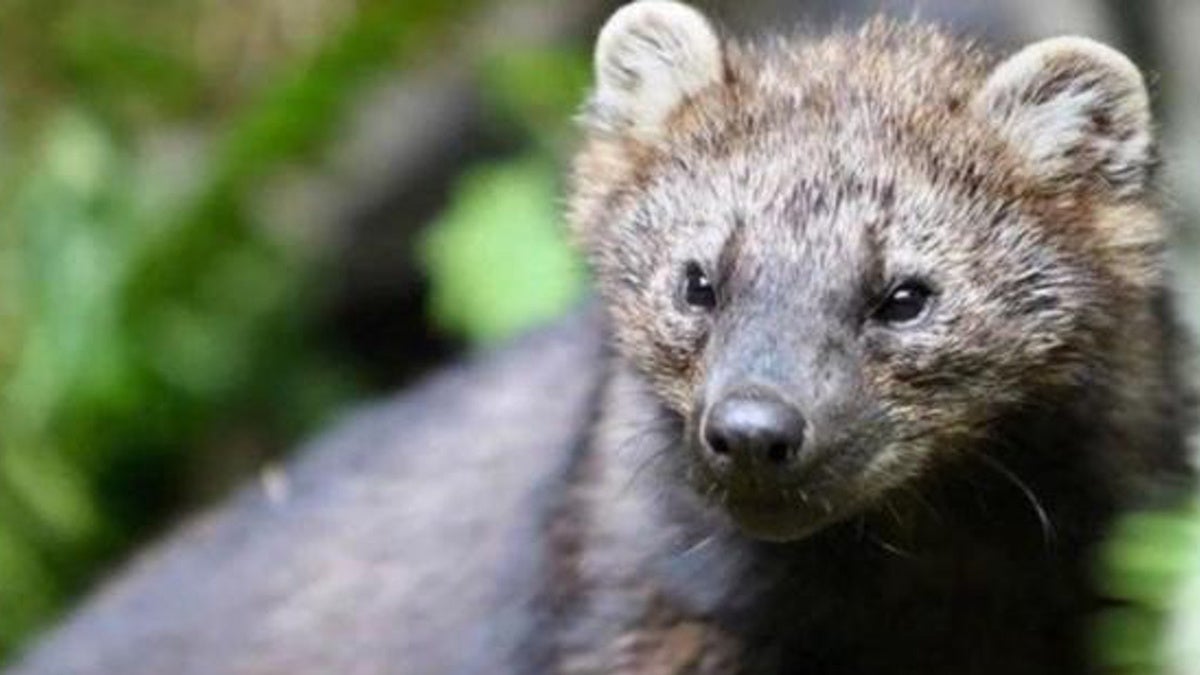 A Pacific fisher. Washington Department of Fish and Wildlife

Today is Endangered Species Day but the Trump administration isn’t giving one imperiled critter much reason to celebrate.

The Fish and Wildlife Service (FWS) announced Thursday it would deny Endangered Species Act protections to the weasel-like Pacific fisher throughout most of its West Coast range, only protecting a subset of its population in the California Sierras.

“The Trump administration’s denial of protection for fishers is an unwarranted gift to the timber industry that ignores key science on these at-risk animals,” Center for Biological Diversity (CBD) endangered species director Noah Greenwald said in a press release. “These awesome forest weasels face huge threats, including the logging of their old-growth forest homes, rodenticide poisoning and a warming world. They absolutely should have been granted much broader safeguards.”

BREAKING: The Trump administration just denied Endangered Species Act protection to Pacific fishers across most of their range. https://t.co/SNBCT8Zbec

Tens of thousands of Pacific fishers once lived in the woods from Southern California to British Columbia, but, beginning in 1900, their numbers started to decline as trappers sought them for their pelts and loggers destroyed their habitat, Reuters explained. In recent years, they have also been threatened by rodenticides used to protect illegal marijuana farms and the climate crisis.

There are now only two populations: 100 to 500 in the southern Sierra Nevadas and around 3,000 in Northern California and Southern Oregon. Studies have shown that they are genetically distinct, the Sierra Sun Times reported. It is the first and smaller of these populations that FWS announced Thursday it would protect as endangered.

The Sierra population does face unique threats, Defenders of Wildlife explained. It was listed as threatened under the California Endangered Species Act of 2016 and is partly at risk from climate-related tree loss. Wildfires burn through its habitat, and a drought from 2011 to 2015 combined with warmer temperatures led to a rise in native bark beetles, which killed more than 130 million trees in the Sierra Nevada region.

FWS argued that the larger population did not need protection because it was not in danger of extinction, “nor likely to become so in the foreseeable future,” Reuters reported.

The agency also determined that existing conservation efforts were already ensuring the success of the northern population.

“Voluntary conservation efforts by state and private timber owners have contributed to the Northern California-Southern Oregon population of fisher appearing stable within a large range of suitable habitat,” Paul Henson, state supervisor for the FWS Oregon office, told the Sierra Sun Times. “Over two million acres of private land have been enrolled under six conservation agreements protecting existing and promoting new fisher habitat, with three additional applications in process. The heavy lifting done by our partners greatly alleviates the need for regulation.”

“While the decision to list the Sierra Nevada fisher is a great step towards the recovery of this critically imperiled population, it is disappointing to see the West Coast population left without protections,” Pamela Flick, California program director for Defenders of Wildlife, said in a press release. “Both populations face a wide variety of threats and need federal protections in order to survive and thrive.”

Even this much protection has been the result of a long fight, as CBD explained:

The Center for Biological Diversity, along with Sierra Forest Legacy, the Environmental Protection Information Center (EPIC), Klamath-Siskiyou Wildlands Center and others first petitioned for endangered species protections for fishers in 2000. The U.S. Fish and Wildlife Service found they warranted protection in 2004, but that such protection was precluded by listing of other species. Following further litigation, the agency proposed protection for the fisher in 2014, but again reversed course in 2016 denying protection. Represented by Earthjustice, the groups sued and the decision was remanded resulting in the species again being proposed for protection in 2019 and then finally again partially denied today.

Greenwald told Reuters that CBD was looking at Thursday’s ruling to decide whether to bring another court challenge.