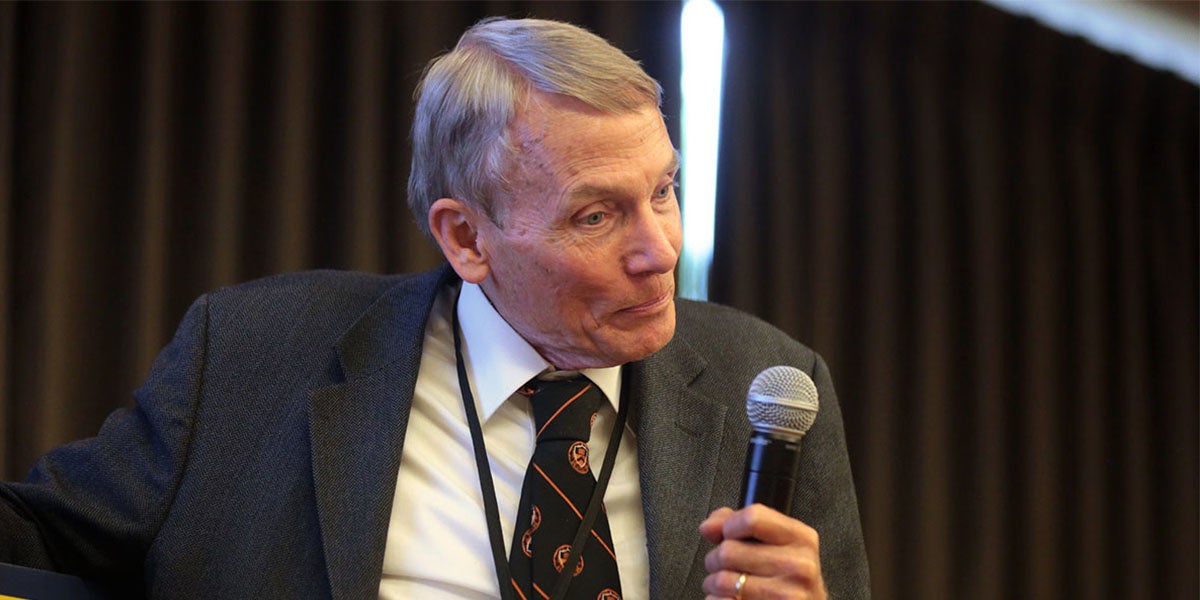 President Donald Trump has added yet another climate skeptic to his team.

Princeton physicist William Happer confirmed to E&E News by email that he had begun to work Tuesday as the senior director for emerging technologies at the National Security Council (NSC).

He has called climate science a “cult movement,” likened the Paris agreement to British Prime Minister Neville Chamberlain’s appeasement of Hitler and would have participated in ousted U.S. Environmental Protection Agency (EPA) head Scott Pruitt‘s idea for a nationally televised “red team-blue team” debate on climate science, according to emails obtained by the Sierra Club and shared with CNN.

“If it’s this important, why haven’t we had a public review of it,” he asked of climate change in a 2017 Foreign Policy interview, according to CNN. “We have that all the time in defense programs … if you’re going to put in a new fighter jet, you have a red team that tries to find something wrong with it,” he said.

Happer told E&E news by email that he would work to make sure government decisions “are based on sound science and technology” in his new role.

Happer was considered a likely appointment to the White House Office of Science and Technology Policy last year.

The role ended up going to meteorologist Kelvin Droegemeier, who accepts the scientific consensus on climate change.

Happer’s background is in atomic physics and optics, not climate science. He was a pioneer of “adaptive optics,” which helped increase the clarity of telescopes, microscopes and other imaging systems, according to CNN.

Despite his lack of research experience in the area, Happer has been outspoken about his unconventional climate views.

He has accused NASA and NOAA of misrepresenting temperature records and said that increased carbon dioxide was positive for plant growth, E&E News reported.

“There is no problem from CO2,” Happer told E&E News in January. “The world has lots and lots of problems, but increasing CO2 is not one of the problems.”

Ten years ago, he asked the American Physical Society to alter its position on climate change to incorporate doubts about global warming, a request that was vehemently denied, The Hill reported.