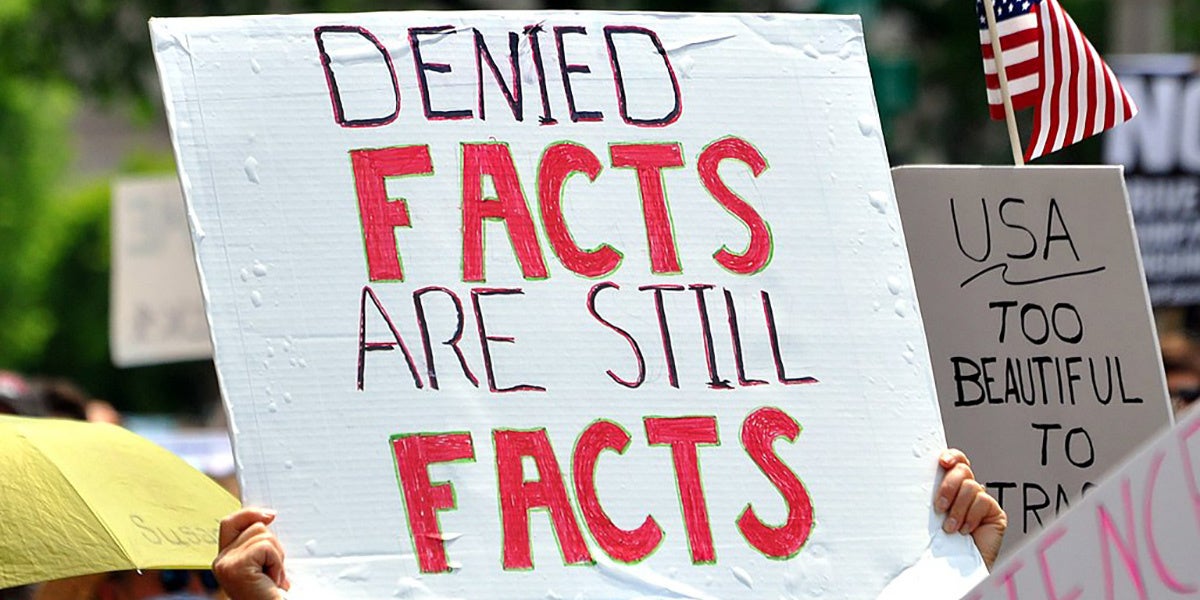 The climate skepticism of U.S. Environmental Protection Agency head Scott Pruitt has received significant attention since President Trump appointed him to the role.

But, as POLITICO revealed in a deep-dive published March 7, Pruitt isn’t the only member of the Trump administration whose refusal to accept climate science could have serious impacts on U.S. policy.

The POLITICO report focuses on 20 Trump appointees with positions as agency heads or advisors in the administration who have made public statements dismissing the threat of climate change or the science behind it. POLITICO suggests their views have already influenced the Trump administration’s climate-related decisions, such as pulling out of the 2015 Paris agreement or removing higher temperatures from a list of national security threats.

It has further produced a graphic outlining each appointee’s climate views and how it might impact their actions going forward.

The report includes both big names like Attorney General Jeff Sessions and lesser-known figures who still wield significant power. Sessions, who has called carbon dioxide “plant food,” has more power over climate decisions than you might expect, since his Justice Department will defend Trump’s environmental policies from lawsuits.

On the lesser-known side are figures like Douglas Domenech, the Department of the Interior’s assistant secretary for Insular Areas, who oversees Pacific islands particularly vulnerable to ocean acidification. The people living in those territories would not be encouraged to know he once said, “Climate alarmists are once again predicting the end of the world as we know it. This time the culprit is carbon dioxide,” as POLITICO reported.

Other climate deniers whose views could do real harm include Agriculture Sec. Sonny Perdue and Homeland Security Sec. Kristjen Nielsen. The Agriculture Department will have to deal with droughts and changing rainfall patterns, but its employees have been barred from even discussing the problem openly, as leadership has instructed them to use “weather extremes” instead of “climate change” in reports. The Department of Homeland Security runs the Federal Emergency Management Agency, which responds to hurricanes and other storms that are increasing in frequency and intensity as the planet warms.

Ana Unruh Cohen, the government affairs director at the Natural Resources Defense Council, compared the current government’s denial of climate science to a patient refusing heart medicine. “Trump taking that away, saying, ‘Forget it, I don’t believe I have high cholesterol,’ is setting up the country for a heart attack,” she told POLITICO.

The U.S. isn’t the only country affected by the Trump team’s willful ignorance. Former UN General Sec. Ban Ki-moon told The Guardian on Monday that the U.S.’s exit from the Paris agreement had made international action on climate change more difficult and hindered the delivery of aid from rich countries to help poorer countries adapt to climate-related challenges.

“I think the United States’ decision to withdraw from this Paris agreement really creates a serious problem,” he said.