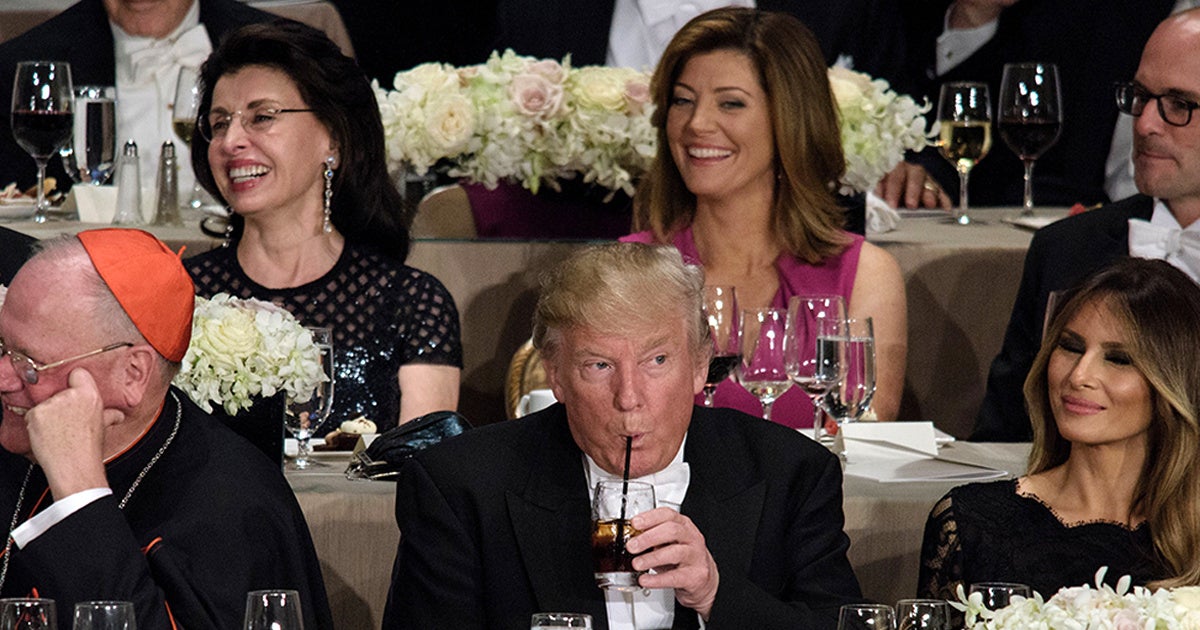 The campaign to re-elect President Donald Trump has found a new way to troll liberals and sea turtles.

“I’m so over paper straws, and I’m sure you are too. Much like most liberal ideas, paper straws don’t work and they fall apart instantly. That’s why we just launched our latest product—Official Trump Straws,” Parscale wrote. “Now you can finally be free from liberal paper straws that fall apart within minutes and ruin your drink.”

Calls to ban plastic straws increased after a video of a turtle with a straw stuck up its nose went viral. Cities like Seattle have passed restrictions, and companies including Starbucks have vowed to phase them out. California became the first state to ban them in sit-down restaurants last September.

But conservatives aren’t the only ones who have expressed frustration with the paper alternatives, which tend to become unusable as the liquid permeates them, NPR pointed out. Journalists across the political spectrum have complained about them on social media. For some people with disabilities, the flexibility and heat resistance of plastic straws are more than just a convenience: They enable people with mobility issues to hydrate on their own and drink independently when dining out.

me trying to use a paper straw, every single time pic.twitter.com/W0lBCmE8Vt

When asked about straw bans on Friday, Trump gave an answer that was “oddly reasonable,” according to The Guardian.

“I do think we have bigger problems than plastic straws,” Trump answered. “You know, it’s interesting about plastic straws: so, you have a little straw, but what about the plates, the wrappers, and everything else that are much bigger and they’re made of the same material? So, the straws are interesting. Everybody focuses on the straws. There’s a lot of other things to focus on. But it’s an–it’s an interesting question.”

Plastic straws only account for about one percent of the plastic in the oceans, according to Stanford Center for Ocean Solutions co-director Jim Leape. The oft-cited statistic that Americans use 500 million straws a day was downgraded to between 170 – 390 million straws a day, according to market research firms cited in a New York Times article fact-checking the higher claim.

But Trump’s uncharacteristically nuanced response seems to run against the tone his campaign manager was trying to set, The Guardian wrote, noting that Parscale was exploiting the straws’ emerging position as a cultural-war battleground. Last summer, conservatives began taking defiant selfies of themselves drinking from plastic straws.

Some have joked that the Trump campaign’s latest attempt to “own the libs” has become something of a self-own. That’s because the straws sold by the Trump campaign, which are recyclable, BPA-free, U.S. made and laser engraved, also cost $1.50 per straw. The Washington Post noted that they are much more expensive than other plastic straw options on the market. Even extra-thick, reusable straws sell on Amazon for around $8 per pack of 12 to 30.

“Paying $1.50 a straw to own the libs,” ProPublica journalist Jessica Huseman tweeted, as USA Today reported.

Despite the cost, the straws proved popular with Trump supporters. Republican National Committee spokesperson Elizabeth Harrington tweeted Friday that they had sold out.

Should have stocked up while I had the chance!#BanLibPaperStrawshttps://t.co/GDhpKDX6qK