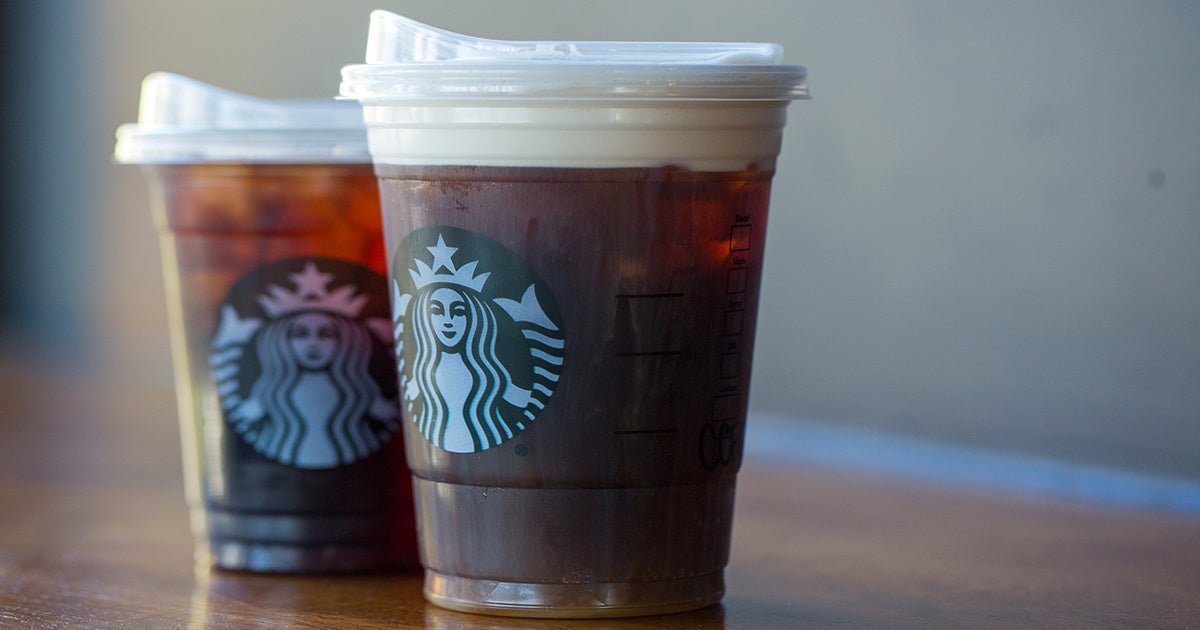 The new strawless lids that will replace straws in Starbucks worldwide. Starbucks

Starbucks announced Monday it would become the largest food and beverage retailer to phase out plastic straws, aiming to complete the process at locations worldwide by 2020, CNN Money reported. The decision will remove more than one billion straws from circulation annually, the company said.

Starbucks’ decision comes little over a week after a ban on plastic straws in its birth city of Seattle went into effect July 1.

“For our partners and customers, this is a significant milestone to achieve our global aspiration of sustainable coffee, served to our customers in more sustainable ways,” Starbucks CEO Kevin Johnson said in a statement reported by the Huffington Post.

Instead, the coffee company will roll out a recyclable strawless lid. It will still offer paper or compostable plastic straws with blended Frappuccino drinks or by customer request.

Eight million metric tons (approximately 8.2 million U.S. tons) of plastic a year end up in the world’s oceans, Nicholas Mallos of the Ocean Conservancy told CNN Money. In its most recent count, the Ocean Conservancy’s International Coastal Cleanup found that plastic straws and stirrers were number seven on its list of the 10 most collected types of beach trash.

On the government level, the city of Malibu, California, the UK government and the EU have all announced or proposed bans.

“Plastic straws that end up in our oceans have a devastating effect on species,” director of sustainability research & development and material science at World Wildlife Fund, U.S. Erin Simon said in a statement reported by CNN Money. “We hope others will follow in [Starbucks’] footsteps.”

Starbucks will begin offering its strawless plastic lids in stores in Seattle and Vancouver this fall. Eight thousand stores n the U.S. and Canada already stock the lids, the Huffington Post reported.

“I am really excited to have developed something that can be part of this big transformation of going strawless,” she said in a Starbucks press release. “It was this very small thing and now it is so much bigger and more impactful.”

A Starbucks spokeswoman said in an email to the Huffington Post that customers seemed to like the new lids.

“We’ve had great feedback from customers and partners (employees) so far, and we’ll continue to take customer feedback and adjust as we move along,” she wrote.

She also said the company would not raise prices because of the transition, saying the investment would have a “net-neutral impact for our business by 2020.”