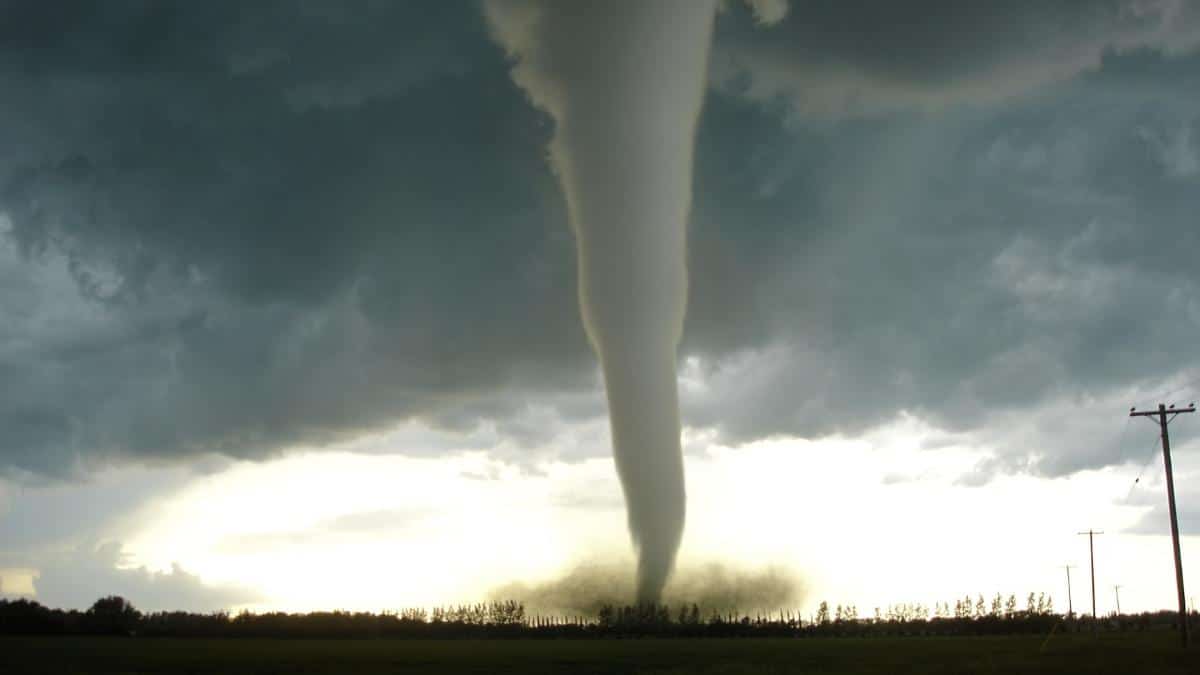 The Birmingham National Weather Service (NWS) confirmed that a twister touched down in Jefferson County, Alabama, near the city of Fultondale, around 10:30 p.m. Monday night, WVTM 13 reported. The storm caused significant damage, knocking down trees and power lines and destroying homes and businesses.

“It looks like a bomb went off,” Sam Moerbe, an 18-year-old who accompanied his father to their former Fultondale neighborhood, told AL.com.

His father, Dave, said all 45 homes in his former community had some damage.

The tornado left behind a quarter-mile swath of extensive damage, Fultondale Mayor Larry Holcomb told AL.com. It touched down near Interstate 65 and moved northeast toward Fultondale High School, causing significant damage to the school and destroying structures, including the Hampton Inn.

It also claimed at least one life. A teenage boy died when a tree fell on his home, causing it to collapse as he and his family were hiding in the basement, WVTM 13 reported.

Jefferson County Schools Superintendent Dr. Walter Gonsoulin confirmed that a 14-year-old Fultondale High School student had been killed, but his identity has not yet been released, according to WVTM 13.

Fultondale Police Chief D.P. Smith said the victim and the rest of his family had been trapped in the basement after the collapse. Other family members were critically injured, The Associated Press reported.

Fultondale Fire Chief Justin McKenzie said that 18 people have been taken to the hospital with injuries, while six more were rescued from their homes, AL.com reported.

“Our current goal is always life safety,” Coker said. “That is not only for the people who may have been injured but also the first responders who assist them.”

Several people had near misses, including one woman who said she was in bed when the storm struck.

“The roof left, and the walls,” Janice Hamilton told AL.com. “It was just in a matter of seconds. It’s all gone.”

Hamilton, who uses a wheelchair, was taken with her family to a shelter at the Gardendale Civic Center. She said she was grateful to be alive.

NWS is still working to determine the strength of the tornado, according to The Associated Press.

There is evidence that tornado alley is shifting from the Great Plains toward the Midwest and Southeast. That could be a problem since tornadoes in the South tend to have a higher death toll due to more densely populated areas and more mobile homes. Tornadoes in the South are also more likely to strike at night, like Monday’s twister. Scientists say it is possible that the climate crisis is driving the shift.