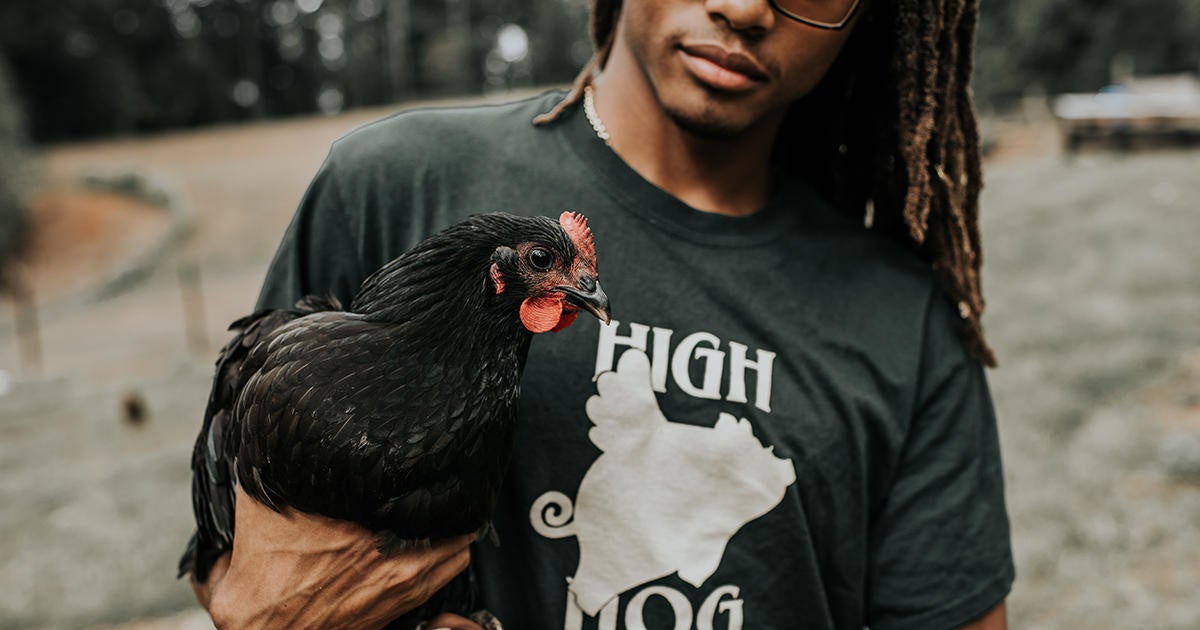 Winter is waning at High Hog Farms, which sits on five acres about 40 miles northeast of Atlanta. The farm’s 21 raised beds have been prepped and await the growing season. Hens are laying eggs, chicks are hatching and a new angora bunny named Langston has joined the farm as its future buck. Along with the resident sheep, his offspring will be sheared for wool. Soon enough, all that fluff will be on sale at a local farmers’ market alongside High Hog’s herbs, fruits, vegetables, poultry and pork. This is how Keisha Cameron nourishes her family and neighbors.

With the help of her husband, Warren and teenage sons, Cameron has turned a large plot in the small town of Grayson into a flourishing farm. She raises her livestock without growth hormones, cultivates her crops without pesticides or chemical fertilizers and sells the produce locally, right off the farm or at farmers’ markets. Throughout the year, Cameron throws open High Hog’s gates to volunteers and offers cooking classes like a”Cultured Kitchen Workshop.” This is Cameron’s way of cultivating community among black farmers in the region.

“For me, part of farming is about reimagining and reenvisioning what it means to be a black person on the land in the South, and learning to be self-reliant,” said Cameron, who came to farming five years ago after a career in marketing. “And my idea of self-reliance absolutely requires other people.” 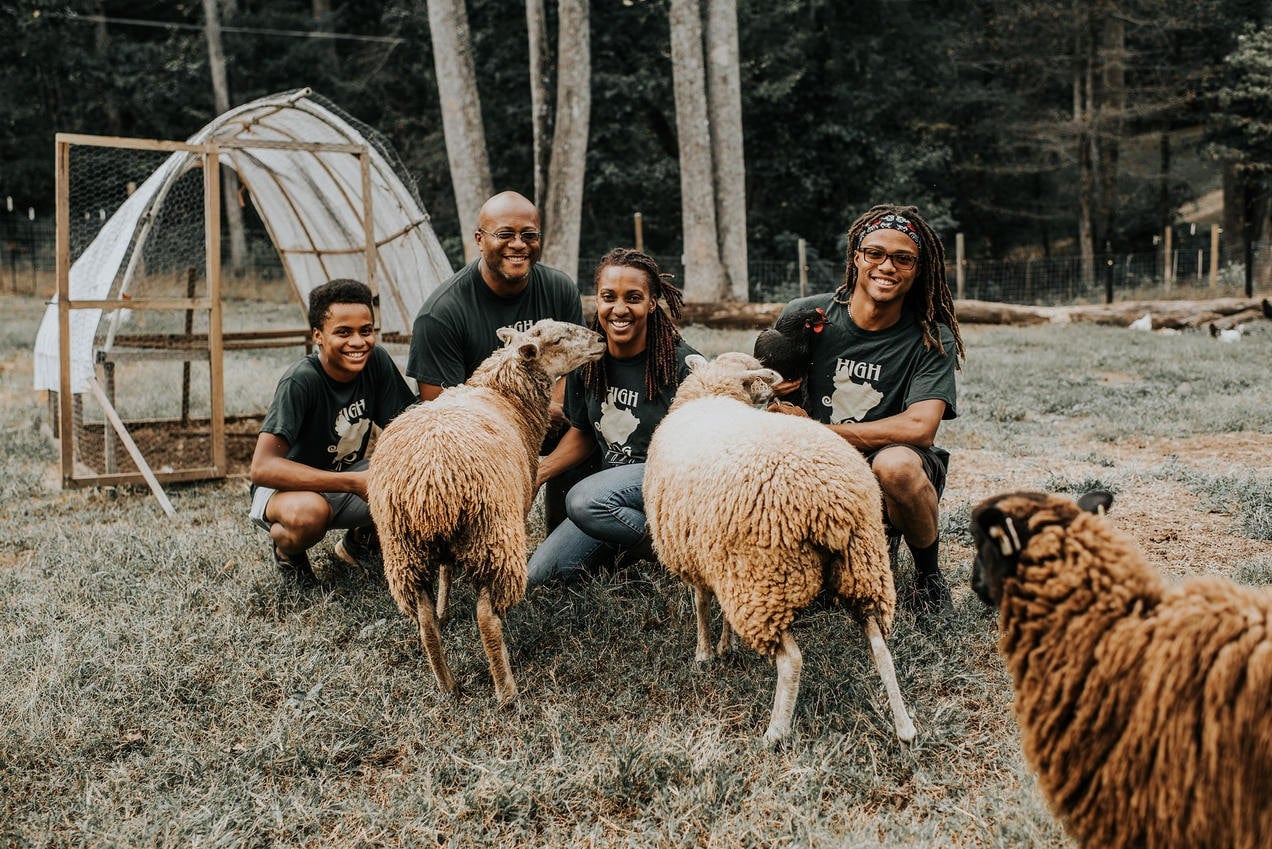 African American farmers have been helping produce the country’s food for centuries, but their role and time-tested knowledge base have largely gone unsupported and unappreciated. A 2012 USDA Census on Agriculture found that out of the approximately two million farms in the United States, only 33,000 were black owned — fewer than 2 percent. Part of the reason, said Tamara Jones, executive director of the Southeastern African American Farmers’ Organic Network (SAFFON), a nonprofit that supports black farming, culture and history, is that the U.S. agriculture system favors vast, industrialized farmsteads that grow commodity crops over small-scale farmers, especially those who are black.

Indeed, discrimination has played no small role. The U.S. Department of Agriculture (USDA) provides financial and technical support to America’s farmers, but it has a long history of prejudicial treatment against African American ones, something the agency’s own Commission on Small Farms acknowledges. Such systemic racism made headlines in 1999 when a federal judge in the Pigford v. Glickman case — reportedly the largest civil rights settlement in history — awarded almost billion in restitution to black farmers and their families who were unfairly denied USDA farm loans and assistance between 1981 and 1996.

The fallout of such inequity has been a colossal loss of land over time for black farmsteads. In our current agricultural system, to kick off the growing season, farmers need cash — typically loans spent on seeds, fertilizer and pesticides that are paid back after the harvest. But when yields are poor and the farmer can’t get a loan, a cycle of debt ensues that can eventually lead to the loss of the farm. According to the Federation of Southern Cooperatives, black farmers in the U.S. owned about 15 million acres of land in 1920. By 1997 the acreage had dropped 87 percent to around 2 million.

But a movement to preserve the cultural heritage and growing practices of black farmers and to support more diverse agriculture has been sprouting in the Southeast. There’s always been a group of black farmers who have worked outside the dominant, chemical-heavy food system, said Jones, often because they couldn’t afford all the extra inputs. Many have been farming the same parcel “organically” for generations, even before that term entered the vernacular.

Siblings Althea and Matthew Raiford of Gilliard Farms in Brunswick, Georgia, for instance, are growing organic vegetables and raising livestock on a 25-acre plot that’s been in their family since 1874. Matthew said when he told his “nana” about the organic farming techniques he learned at the Center for Agroecology and Sustainable Food Systems at the University of California at Santa Cruz, she replied, “Well, baby, you could have come here first and I would have told you everything you needed to know.” 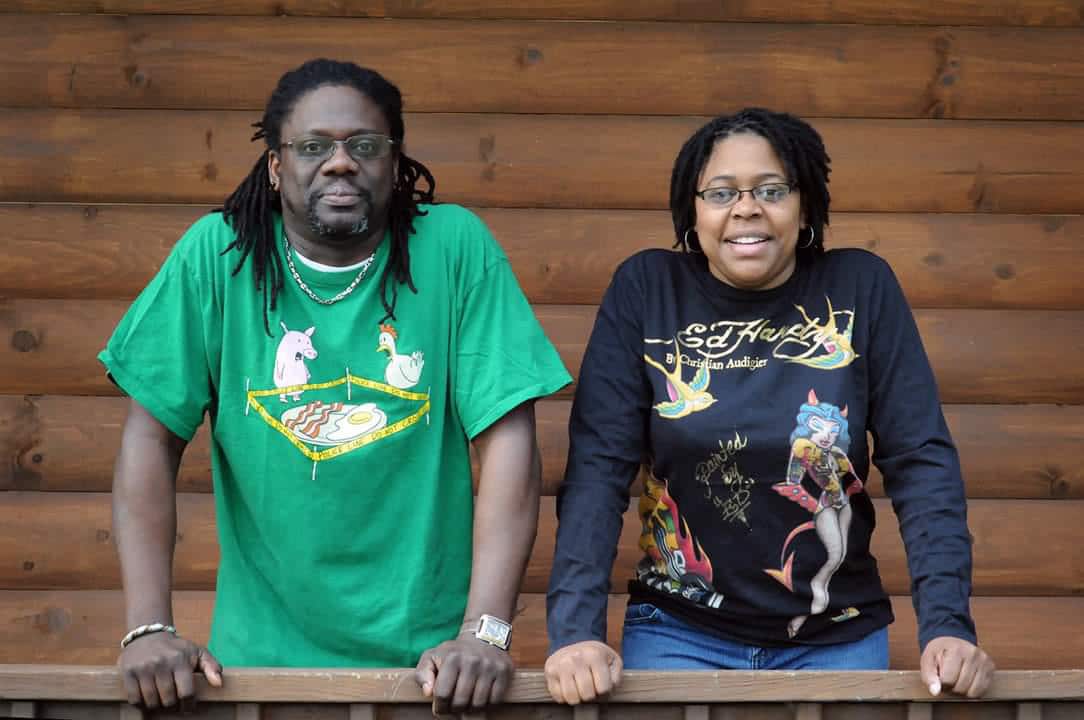 Althea and Matthew Raiford of Gilliard Farm in Brunswick, Georgia.

Then there’s Jennifer Taylor, an associate professor and coordinator of small farm programs at Florida A&M University, whose 35-acre organic farm was once sharecropped by her grandmother. Taylor, who works with her husband, Ronald Gilmore, leaped into organic farming for its health benefits and market advantage that enables her to sell to health food stores and restaurants. Many small-scale farmers, however, find the USDA National Organic Program certification out of reach. In fact, that same 2012 census found that America’s black farmers owned just 116 of its 17,750 USDA-certified organic farms.

“Why I find African Americans aren’t certified organic is largely the expense,” said Jillian Hishaw, an agricultural lawyer and founder of Family Agriculture Resource Management Services, an organization that helps southeastern farmers of color retain their land. “A lot of them have already been farming sustainably, but with all the regulations, they just don’t go through the certification process.” 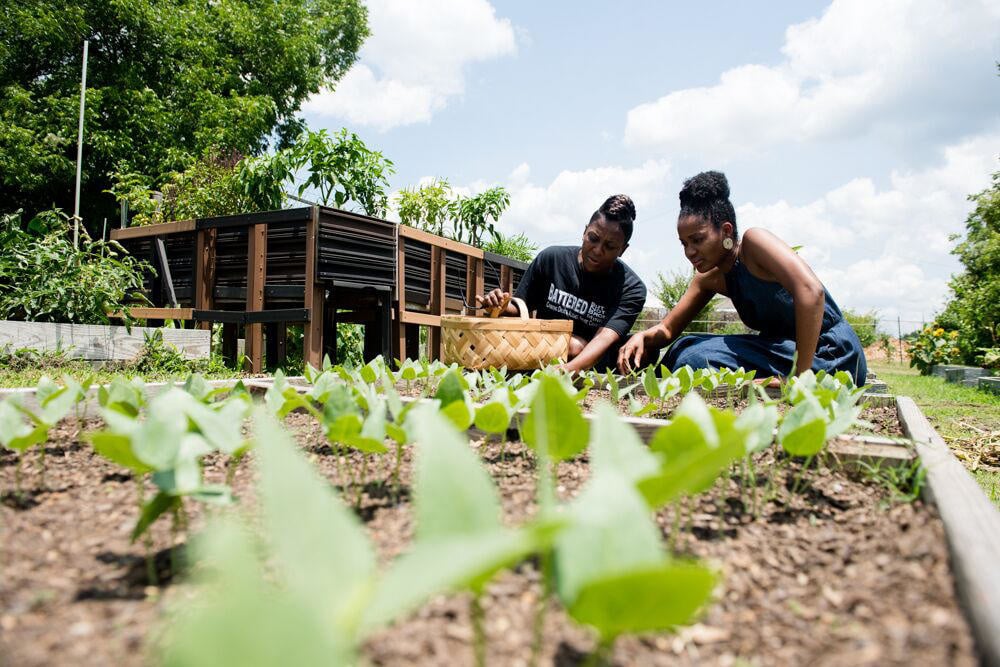 Work-arounds to certification have sprung up in lieu of the official USDA label. Some farmers, like Cameron, sell directly to consumers or farmers’ markets. Another cost-effective option is to become “certified naturally grown” (CNG), after inspection by other CNG farmers, ensuring organic standards equal to or above the USDA’s. The Truly Living Well Center for Natural Urban Agriculture, a nonprofit that “grows food, people and community” within Atlanta’s city limits, is using its CNG certification as a transitional step to organic certification.

Getting all of this produce into low-income communities of color, which often lack adequate access to fresh food, is another priority of the movement. Organizations like Truly Living Well and the Georgia Farmers Market Association (GFMA) are helping do just that. For instance, GFMA’s “Just Food Market” sells shares in its community supported agriculture (CSA) program on a sliding scale ranging from to . The price structure enables people on food assistance to buy local produce, farmers to receive a living wage, and those with higher incomes to support food justice.

“We see that when black farmers are thriving, we are more likely to get that food to the people who need it most in our communities,” said Leah Penniman, cofounder of Soul Fire Farm near Albany, New York, and author of Farming While Black. “If you’re growing using Afro-indigenous practices, which is what we prefer saying to ‘organic,’ then again you will have that healthy outcome.” 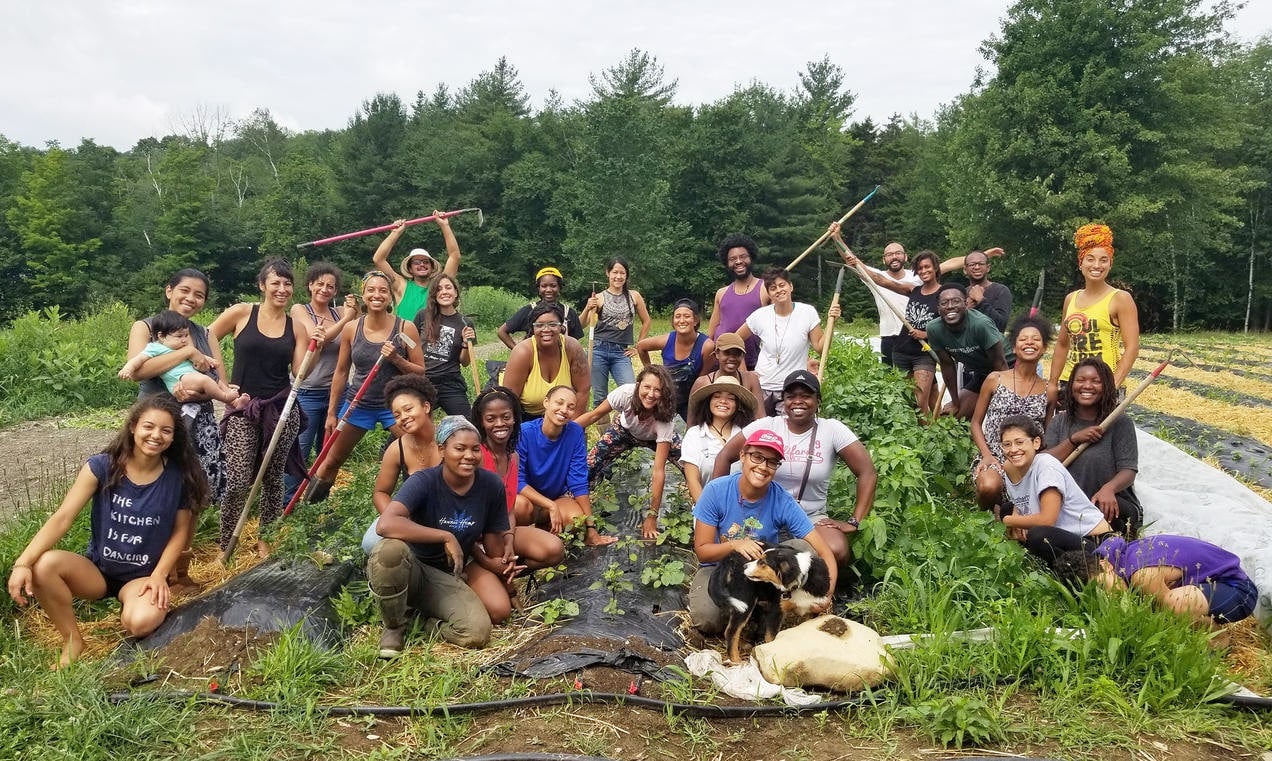 These farming methods have persisted since time immemorial, added Penniman. Cleopatra was vermicomposting, using worms to boost soil health. George Washington Carver planted cover crops to do the same. Booker T. Whatley forged the “pick your own” and CSA movements. And thanks to the work of the Camerons, the Raifords, Taylor and Gilmore, and the upcoming farmers they’re nurturing, this agricultural community’s influence on the health of its members, and the food system as a whole, will continue to grow.