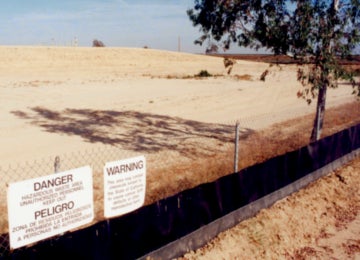 Early scientific analysis predicted that the risks associated with hazardous waste injection wells would be negligible. Unfortunately, experience has indicated that disposing of hazardous waste deep underground has been linked to water contamination, destroyed ecosystems, toxic leaks and earthquakes. 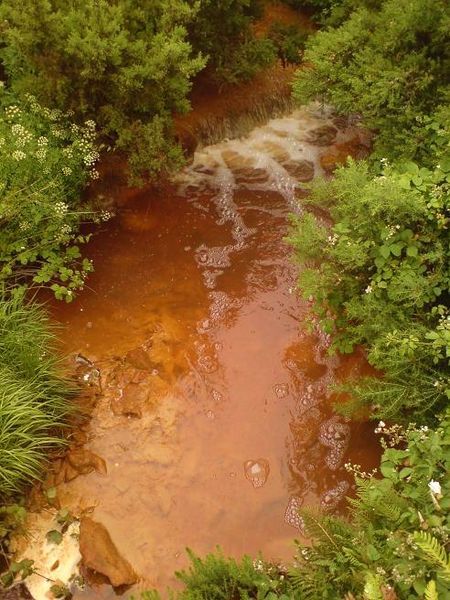 Now we are learning that there is a difference between scientific analysis and scientific evidence.

In a recent extensive report by ProPublica, John Apps, leading geoscientist, who advises the Department of Energy for Lawrence Berkeley National Labs, said that the science used to go forward with disposal wells was not sound.

“Every statement is based on a collection of experts that offer you their opinions. Then you do a scientific analysis of their opinions and get some probability out of it. This is a wonderful way to go when you don’t have any evidence one way or another … But it really doesn’t mean anything scientifically,” said Apps.

Perhaps the scientific projections behind the disposal well operations would be sound under ideal conditions: uniform rock structure, stability of toxic materials, predictable reactions and seismic activity. But, scientists say, no amount of speculation can take into account all of the variables of deep underground environments.

“Geology,” according to geologist Ronald Reese, “is never what you think it is.”

Only practical data and experimental research can offer any insight into the possible risks of hazardous waste injection wells. And since many disposal wells have gone unmonitored for years, regulators are unable to make informed decisions about their safety.

According to ProPublica, the U.S. Environmental Protection Agency (EPA) “has not counted the number of cases of waste migration or contamination in more than 20 years.”

Up until the 1960s, most toxic waste was deposited in lakes and rivers, which led to obvious, unbearable pollution of ecosystems and drinking water in the U.S. As an answer to this pressing problem, oil companies developed hazardous waste injection wells as a solution.

Disposal wells use high-pressure pumps to force toxic and non-toxic waste down cement and steel pipelines to dumping zones about two kilometers deep in the Earth. Wells can be shallower if the waste is less offensive. The waste is then released into the porous rock beneath several layers of Earth.

The idea, according to a recent report in the Scientific American, is that “underground waste is contained by layer after layer of impermeable rock. If one layer leaks, the next blocks the waste from spreading before it reaches groundwater. The laws of physics and fluid dynamics should ensure that the waste can’t spread far and is diluted as it goes.”

Each disposal well could deposit more than millions of gallons of waste into the ground using tremendous force. Once the waste is deposited, it is not tracked and scientists have no real idea of how far it can travel.

The ProPublica report points out that, “rock layers aren’t always neatly stacked as they appear in engineers’ sketches. They often fold and twist over on themselves. Waste injected into such formations is more likely to spread in lopsided, unpredictable ways.”

In light of recent research and evidence of leakage, hydrologist Tom Myers says that more knowledge is needed to understand the implications of deep disposal wells as “natural faults and fractures are more prevalent than commonly understood.”

Scientific projections were unable to foresee the ways that injection wells would impact the environment. The three major ways are:

In many cases, liquid waste has traveled horizontally and migrated up to ground water through abandoned water and oil wells. This unanticipated phenomenon has been linked to hundreds of water contamination cases throughout the U.S. and Canada.

There are currently thousands of unplugged and abandoned wells in the U.S. and Canada. In 1989, the U.S. General Accounting Office (GAO) investigated and concluded that current safeguards aren’t preventing contamination from injected oil and gas wastes. Their report states specifically that “brines from Class II wells can enter drinking water supplies directly, through cracks and leaks in the well casing, or indirectly through nearby wells.”

Canada, too, has had its share of disposal well-related contamination due to insufficient research. The Canadian government blames events like the contamination of groundwater in Lambton Count, Ontario, in 1977 on a “lack of knowledge.” According to Environment Canada, “[d]isposal wells were constructed and waste injected following the regulations and best knowledge at the time. However, it was not realized that waste fluids would migrate to the surface through abandoned oil and groundwater wells, causing a major problem that still exists today.”

Even basic regulations are supposed to include a seismic survey within a two-mile radius of the designated drilling area. Yet, “in 1961, a 12,000-foot well was drilled at the Rocky Mountain Arsenal, northeast of Denver, [CO], for disposing of waste fluids from the Arsenal’s chemical weapons operations. Injection commenced March 1962, and an unusual series of earthquakes erupted in the area shortly after.” According to the U.S. Geological Survey, over the course of time that the Rocky Mountain Arsenal waste dumping practice went on, the area sustained a dozen earthquakes.

The earthquakes were prompted by the destabilization of a seismic fault line due to the drilling of the well and the pressure of materials being forced into the ground. The Arsenal stopped injection operations Nov. 26, 1967, after a 5.0 magnitude earthquake rocked the area a few months earlier.

This isn’t an isolated case.

In 2011, A magnitude 5.7 earthquake rocked the area surrounding Prague, OK. Scientists say the “largest earthquake in Oklahoma history was likely triggered by a waste injection well.” According to a report in National Geographic, “[a]s pressure builds in these disposal wells, it pushes up against geological faults, sometimes causing them to rupture, setting off an earthquake.”

In a report released by the scientific journal Geology earlier this year, “Significant earthquakes are increasingly occurring within the continental interior of the United States.” These quakes are being directly linked with injection well operations.

In Texas, many farmers are unable to use their land for farming or livestock due to contamination. Texas is riddled with abandoned and unplugged oil wells, which play a role in the leaks caused by injection wells.

The abandoned wells present a pathway for injected wastes to migrate upward into ground water and onto farmland. If a field is flooded by an injection well leak, the land is not suitable for farming of any kind. The resale value of the land is also affected.

As ProPublica reports, in 2003, “Ed Cowley of the EPA got a call to check out a pool of briny water in a bucolic farm field outside Chico, TX. Nearby, he said, a stand of trees had begun to wither, their leaves turning crispy brown and falling to the ground.”

The pool of water was due to a salt-water leak from a nearby injection well. Salt-water brine is used in various oil production techniques [fracking] and is known to contain dangerous chemicals like benzene. “It was frustrating,” Crowley said. “If your water goes, what does that do to the value of your land?” 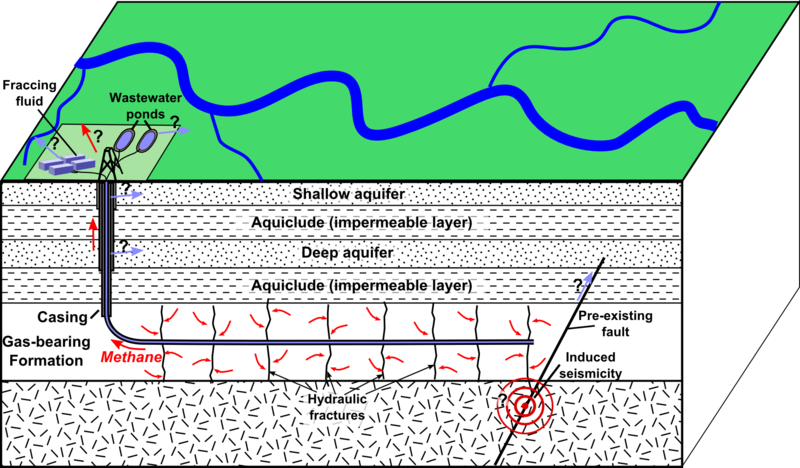 A major contributor to the deficit of knowledge surrounding waste injection wells could be the lack of sufficient monitoring and documentation. And this negligence doesn’t appear to be accidental. In the 1980’s, an abundance of leak and water contamination reports brought waste injection well regulations into consideration with federal regulators proposing stricter rules. At the time the oil and gas industry complained they couldn’t afford to uphold such high standards of inspection. The amount of money needed to conduct the inspections would force them to close down they said.

Oil and gas exploration and production waste is now exempt from federal hazardous wastes regulations in the U.S.

According to ProPublica, “[o]perators are required to do so-called ‘mechanical integrity’ tests at regular intervals, yearly for Class 1 wells and at least once every five years for Class 2 wells. In 2010, the tests led to more than 7,500 violations [in the U.S.], with more than 2,300 wells failing. In Texas, one violation was issued for every three Class 2 wells examined in 2010.”

In some cases, operators aren’t required to comply with what regulations do exist. Many operational wells were built before current regulations were put into place. These “grandfathered” wells are not, and will not be, subject to the same regulations as new wells.

Even with new wells, the standards are not being met. According to the GAO, new permits are being issued “without evidence that the pressure tests were conducted.”

Inspection regulations in place are habitually ignored or sidestepped. Perhaps because regulations are, according to some experts, “outdated at this point.”

HOW IS YOUR COMMUNITY’S WATER IS SOURCED?