The Role of Spiders in Your Garden 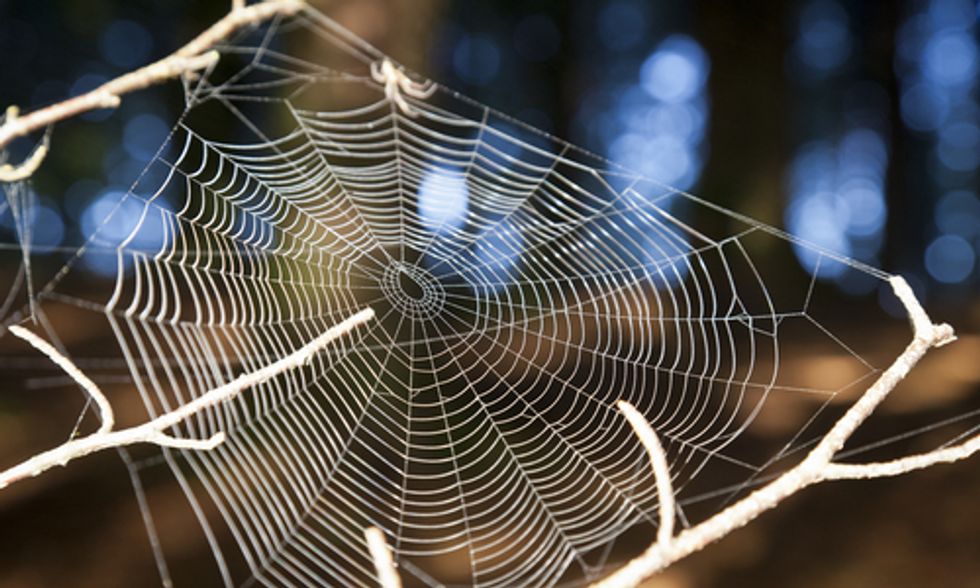 Our Integrated Pest Management program has long included encouraging and buying, when necessary, beneficial insects. Ladybugs, praying mantis, aphid predators and parasites, lacewings, leafminers, thrips, whitefly parasites and others offer a virtual arsenal against the specific insects the would do our garden harm. Knowing which ones to use against what problem pests is valuable knowledge for gardeners seeking to avoid harmful chemical sprays, dusts and other poisons.

There’s one beneficial insect not generally considered and, for the most part, not commercially available (except as pets) that can play an important role in keeping your garden clears of pests: the spider. Unfairly thought of as dangerous and a nuisance, especially when discovered inside your home, spiders are actually an effective predator in the garden and, despite our fears, mostly aren’t dangerous (with some exceptions).

We admit that our spider prejudice, developing since we first heard the rhyme about Little Miss Muffet, has prompted us to tear down webs and stomp on anything with eight legs that we saw. But now that’s changed.

We’ve been thinking about spiders since reading the “Attracting Pollinators and Beneficial Predators” chapter of Tammi Hartung’s The Wildlife-Friendly Vegetable Gardener. According to Hartung, spiders get a bad rap. “Spiders are amazing hunters,” she writes. “They will patrol your garden, catching and eating all manner of insect pests.”

This, of course, caught our attention. We’ve always thought of spiders as ambitious web weavers but lazy hunters. Once their web was established, they retreated to a corner and waited for some unsuspecting insect—flies, moths and whatever else was airborne in the wrong place for them but the right place for the spider—to get trapped in their net. This showed how little we knew about spiders.

Because they have eight legs—not six, as do insects—spiders are arthropods. Their group name, like the horror movie that’s reinforced their frightening reputation, is Arachnid. Spiders are generally of two kinds, the web spinners or weavers, and the hunters. Web spinners are the most visible and the ones we—okay, me—are most familiar with. But it's the hunters, those actually on the prowl and usually hard to spot, that do the most good in the garden. One of the predatory types, the wolf spider, earns its name every day.

A third type, crab spiders, lie in wait and ambush their prey.

How effective are spiders in controlling insects that might invade your garden? Studies show they are the most beneficial insect of all. They’re thought to be more efficient controlling pests than our friends the birds.

Yes, spiders are so aggressive that they’ll also capture other beneficial insects. It’s not unusual to see a bee trapped in a weaving spider’s web. But the few beneficials you’ll lose to spiders, just as you might with any predatory insect such as the praying mantis, is minimal. The harm they might do is far outweighed by the good. So don’t destroy those webs you see in the garden out of dislike for the spider.

Hartung points out another, aesthetic benefit of weaving spiders. Who doesn’t love to see an intricate, beautifully woven spider web in the sun’s first light, especially when it’s dappled with dew? This can be one of summer’s subtle but great visual joys.

Companion planting of flowers among your vegetables will help attract spiders to your garden. Weaving spiders like tall plants, sunflowers, cornstalks and the like, on which to attach their webs. Contrary to what I used to think, seeing spiderwebs hung between stalks of corn or among bean poles is a good thing. No harm is being done to the plants. Predatory spiders like mulch and ground cover. I once had a garden up against lush, shaded pasture grass. I frequently saw spiders enter my garden across the soil where the garden began, and, in the mornings, saw them retreat—they’re fast!—back to the cool protection of the grasses. If you mulch, you’ll occasionally see a predatory spider scurry back to cover when you pull back the mulch.

It’s time we got over our fear of spiders. If you see a web, don’t destroy it if you can. If you see a spider standing or racing across your garden soil, resist the urge to smash it. They’ve moved in to help themselves to the insects that might do your garden harm. That’s a good thing. Here’s a valuable page on beneficial spiders from the nonprofit gardening and education organization Edible San Marcos (Texas). These guys know their Arachnids.

How to Provide Nesting Material to Birds in Your Garden