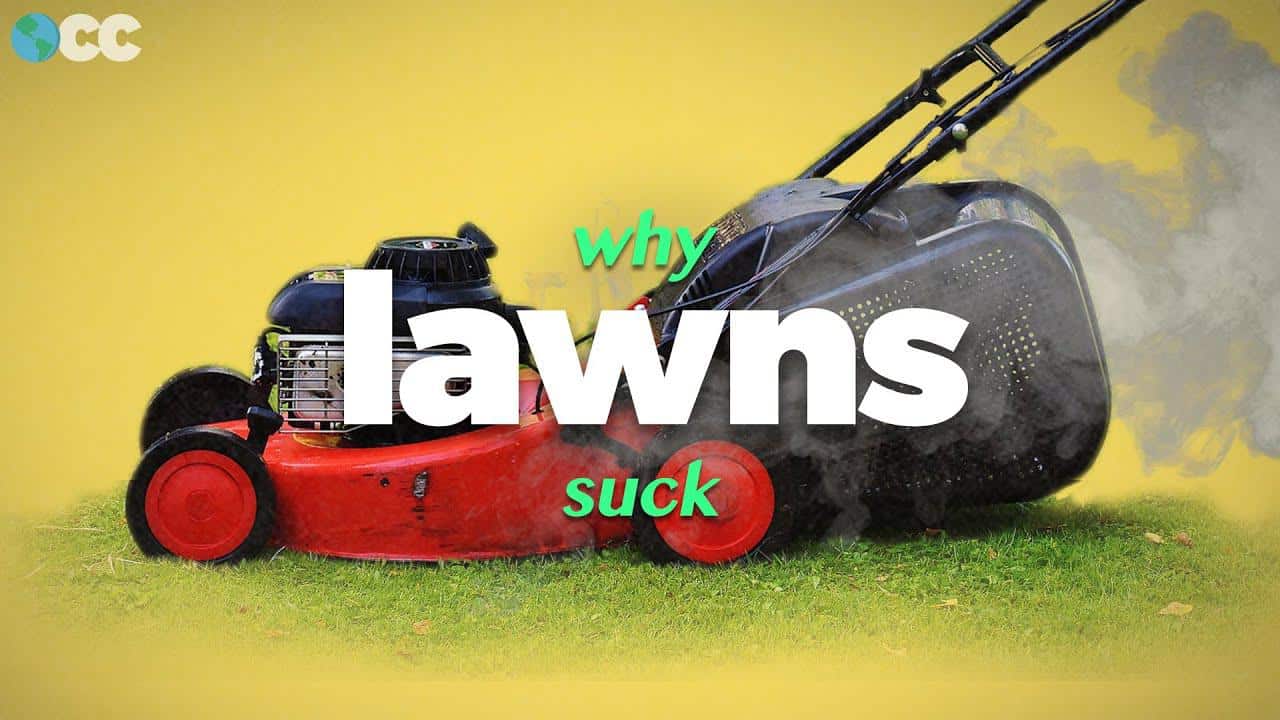 In 2015, 75-year old Gerry Suttle was sitting on her porch watching the leaves rustle in the trees when a cop rolled up and handed her an arrest warrant. The reason for her arrest? She had failed to mow her lawn. That’s right. The cops and Suttle’s neighbors deemed it necessary to hold the threat of arrest over this septuagenarian because the turfgrass occupying the space in front of her house was left unchecked.

How did we in the United States come to this? Why is the lawn such a sacred space in white suburban America? This is the story of the American lawn. How it came to be, the complex underpinnings of its green blades, and how we might work to rid ourselves from its cultural grasp.

In the 17th and 18th centuries, landholding European aristocrats were getting jealous. They saw beautiful fields of grass and perfectly trimmed patches of green in the paintings of their favorite artists and wanted all of it for themselves. So, they began to terraform their world.

With the enclosure of common land, aristocrats gained prime property for lawns and forced lower-class peasants into wage labor jobs like groundskeepers and gardeners. From France to Italy, to England, the wealthy ruling class embraced the luxuries of turfgrass and used it as a foundational element in landscaping design for their manors. And what could be more a display of capitalist power, of leisure, and of wealth than a field of green that had to be closely watched and tended by former peasants forced into wage labor through land enclosures.

As Sam Greenspan from 99% Invisible puts it: “It was a way for these English elites to show off that they were so wealthy that they didn’t need their land to grow food — they could afford to let their fields go fallow, and could afford to keep grazing animals and scythe-wielding peasants to keep it short.” In short, the lawn began as a display of wealth for the white European aristocracy but then was quickly exported to the colonial project that is the United States.

For more on lawns and environmental destruction in the United States, check out the video above!