The Fight Is on for Fracking Chemical Disclosure 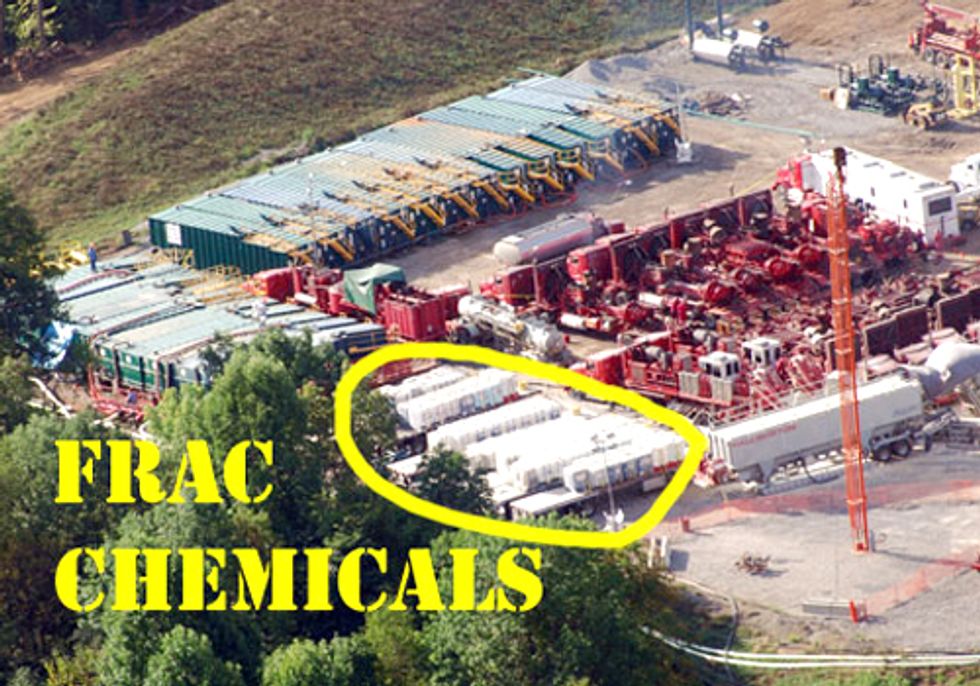 In an effort to help protect the public from exposure to toxic chemicals, the Powder River Basin Resource Council, Wyoming Outdoor Council, Earthworks and OMB Watch are asking a court to require the Wyoming Oil and Gas Conservation Commission (WOGCC) to disclose information about chemicals used during the controversial oil and gas development process known as hydraulic fracturing, or fracking.

Under regulations approved in 2010, Wyoming became the first state in the nation to require well operators to disclose the identities of chemicals that are mixed with water and injected into the ground during fracking. But since the regulations were adopted, the Commission has approved some 50 chemical secrecy requests by Halliburton and other oil and gas service companies.

The nonprofit environmental law firm Earthjustice filed a petition (PDF) late on March 23 on behalf of the groups asking a court to rule whether WOGCC acted illegally in granting the trade secrets requests and arguing that companies must reveal the identities of chemicals used during fracking.

“As a landowner facing deep oil and gas development, I need to know what chemicals are being injected underground so I can protect my water and land,” said Cheyenne resident and Powder River Basin Resource Council member Marilyn Ham.

Disclosure of hydraulic fracturing chemical information is a critical step in protecting public health and water quality. A review of the information that is already available is sobering—78 percent of known fracking chemicals are associated with serious short-term health effects such as burning eyes, rashes, asthma-like effects, nausea, vomiting, headaches, dizziness, tremors and convulsions. Between 22 and 47 percent of those chemicals also are associated with longer-term health effects, including cancer, organ damage and harm to the endocrine system.

“Without knowing more about the chemicals used during fracking, it’s nearly impossible for residents to determine whether their drinking water has been contaminated by oil and gas development,” said Earthjustice Attorney Laura Beaton. “The more information we have, the easier it will be to keep people safe and healthy.”

Last November, the groups submitted a public records request to WOGCC, requesting a complete list of fracking chemicals that had not already been publicly disclosed. WOGCC withheld the names of chemicals, saying that drilling companies claimed they were exempt from reporting requirements under trade secret laws. But a review of agency files found that WOGCC approved industry trade secret claims that were insufficiently justified and overly broad.

“We appreciate Wyoming’s leadership role in getting companies to disclose hydraulic fracturing chemical information,” said Shannon Anderson with the Powder River Basin Resource Council. “But like all new rules, it’s time we took a look at how it’s working. We found a lot of the information is being improperly labeled a trade secret, which means it is not public information as the regulation intended.”

The case now before Wyoming’s Seventh District Court could set a broad legal precedent—as the states of Texas, Arkansas, Pennsylvania, Colorado, Montana and Michigan all have fracking chemical disclosure regulations similar to Wyoming’s on the books.

“As additional states, such as Oklahoma and Ohio, and the federal government, and even some European countries, begin work on their chemical disclosure regulations, it is more important than ever to make sure that the trade secret exemption is not used improperly,” said Earthworks’ Senior Staff Attorney Bruce Baizel. “Unfortunately, our initial review of exemption requests showed that some companies appear to be taking advantage of the minimal state review.”

“The public needs to have complete access to information about hydraulic fracturing chemicals used by drillers,” said Steve Jones, Watershed Protection Program attorney for Wyoming Outdoor Council. “In Wyoming, groundwater belongs to the public, and it can be contaminated by hydraulic fracturing operations, as studies across the country are beginning to show. Trade secret claims should not be used to obstruct the public's right to know what is going on beneath the surface with its groundwater.”

“People in Wyoming and throughout the country have a right to know what chemicals are being injected in the ground around their homes,” said Katherine McFate, president of OMB Watch. “Citizens need complete information to assess the risks of allowing this kind of industrial activity near their homes and ranches and fresh water supplies. Without accurate information about the full range of chemicals used in hydraulic fracturing, neither public officials nor citizens will be able to make informed choices.”