How Renewable Energy Could Power Your State 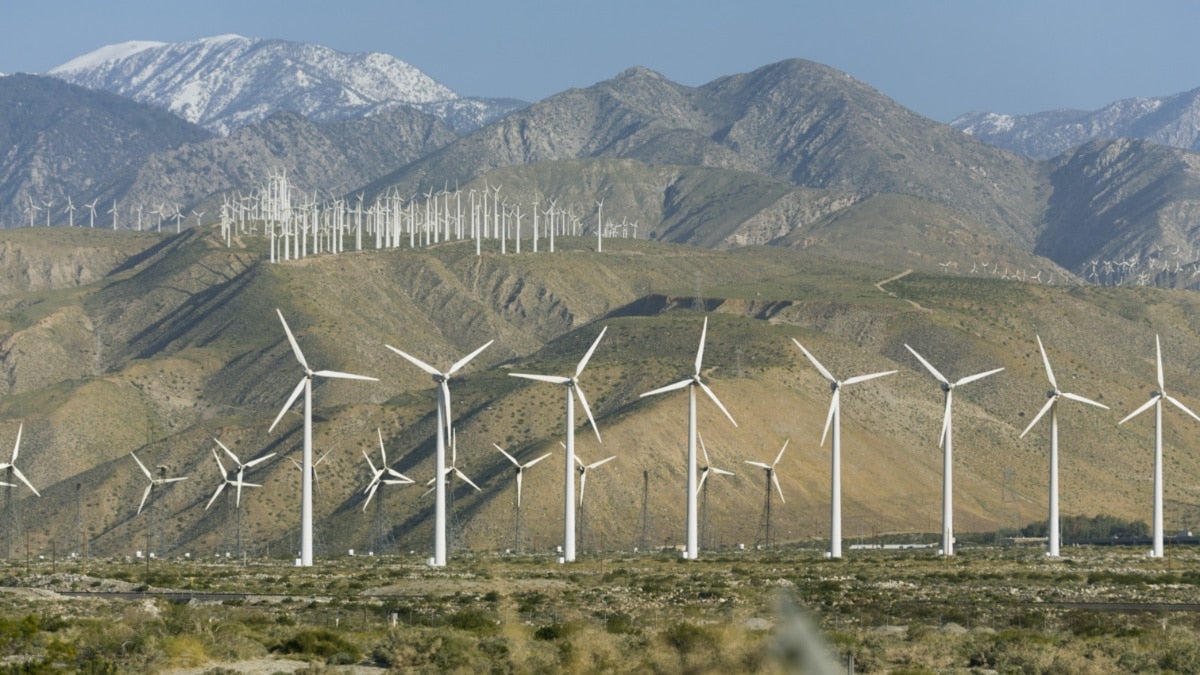 How much of U.S. energy demand could be met by renewable sources?

According to a new report from the Institute for Local Self-Reliance, the answer is an easy 100%.

The report looked at how much renewable energy potential each state had within its own borders and found that almost every state could deliver all its electricity needs from instate renewable sources.

And that’s just a start: The report found that there’s so much potential for renewable energy sourcing, some states could produce 10 times the electricity they need. Cost remains an issue, as does connecting all of this capacity to the grid, but prices have dropped significantly, and efficiency continues to improve. Clean energy is not only affordable but could be a big boost to the economy. Locally sourced renewables create jobs, reduce pollution, and make communities more climate resilient.

So where are the opportunities? Rooftop solar, the study found, could supply six states with at least half of their electricity needs. But wind had the greatest potential. For 35 states, onshore wind alone could supply 100% of their energy demand, and offshore wind could do the same in 21 states. (The numbers overlap a bit.)

The study follows a similar report conducted a decade ago and shows that the clean energy field has made substantial progress in that time.

The Revelator spoke with Maria McCoy, a research associate at the Institute and report co-author, about what’s changed and how to turn all the potential into reality.

What’s changed in the 10 years since you last looked at the potential for instate renewable energy?

There’s definitely been technology improvements in all the energy sources, but especially solar. Obviously there’s the same amount of sun, but the solar panels themselves have a higher percentage of solar photovoltaic efficiency. Most states, on average, had 16% more solar potential this time around than they did a decade ago.

And for the other technologies, it’s a matter of either more space being available or the technologies themselves improving. Wind turbines now can generate a lot more energy with the same amount of wind.

Where do you see the most potential?

There’s been a lot of development in offshore wind and I think it’s on the cusp of really becoming a big player in the clean energy field. But regulations, including at the federal level, have blocked it from happening at scale in the United States. Whereas in Europe there’s already some incredibly efficient offshore wind farms that are generating a lot of electricity. Those companies are just starting to move into the U.S. market.

But it’s onshore wind that has the biggest potential. Our research found that some states could generate over 1,000% of their energy with onshore wind if they really took advantage of it.

Your report didn’t consider the potential of large-scale solar. Why?

We looked at the potential of rooftop solar rather than large-scale solar because as an energy democracy organization, we’re really focused on distributed and community-owned energy. But it’s also because pretty much every state has enough capacity to completely be powered by large-scale solar. It just then becomes an issue of land-usage debates and other challenges.

Your research shows there’s a ton of potential for renewables across the country. How do we realize that potential? 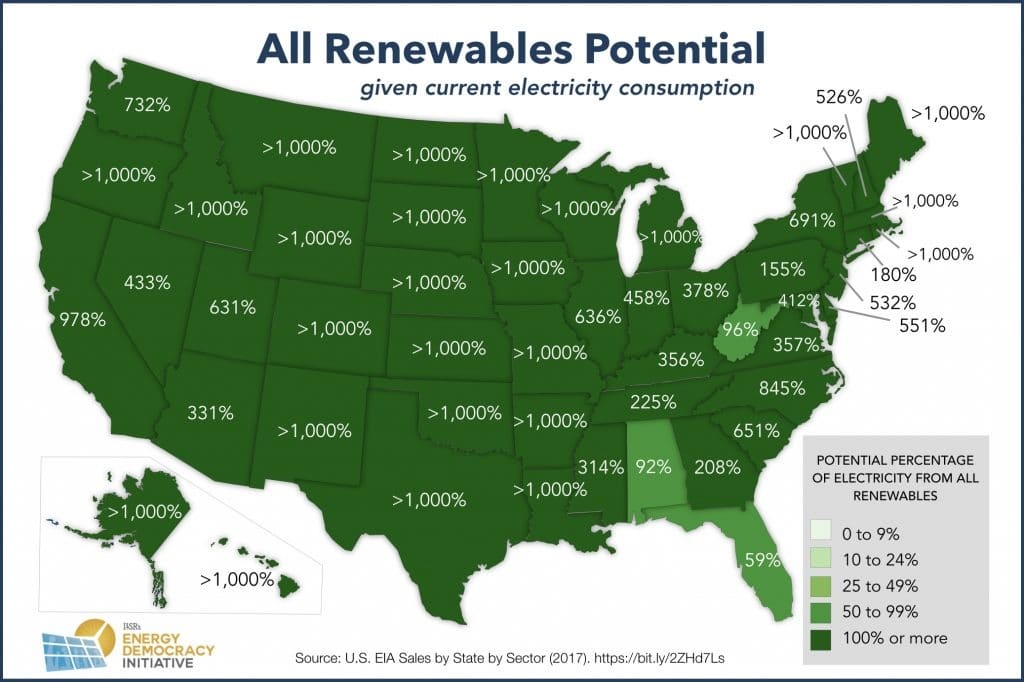 Continued support for renewable energy is a big one. There are a lot of credits that are phasing out and without renewing those, it will make it a little bit tougher for the market.

We were looking at just the technical ability to produce the energy and not necessarily the cost effectiveness, but we did recognize in the report that the costs have come down. The cost of solar PV, for example, has dropped 70%. So this is not really a pie-in-the-sky goal. It’s definitely gotten a lot more feasible and many cities are already doing it or planning to in the near future.

I think the will is there and people want renewable energy, it’s just a matter of fighting the status quo. A lot of these utilities have been using the same business model for decades and they’re not really keeping up with where things are going and where the community wants things to go.

They’re holding on to their fossil fuel infrastructure and their business model that profits off building more fossil gas plants when solar plus storage is already a cheaper energy source for customers. And wind is very cheap. If utility regulators and state and national policy could hold these utilities accountable to serving the public, which is their job as regulated monopolies, we could finally get to see some of this potential becoming a reality.

Having the ability to generate energy locally and store it and use it locally will create jobs and provide a lot of resilience to the grid and communities. And with climate change, I think that’s becoming more and more important.

Was there anything that surprised you about your findings?

We definitely expected things to be better but I don’t know if we expected them to be this much better in 10 years. Seeing all this potential and these ridiculously high percentages — I mean, being able to generate greater than 1,000% of the electricity we need with renewables in some states is just a sign of how abundant clean energy is.

And it’s kind of sad, I guess, that some states aren’t even able to get to 25% or 50% clean energy goals in their renewable portfolio standards. I would hope that the train starts rolling a little faster.

And I hope our research can inspire others who think maybe their state doesn’t have a lot of renewable energy capacity in their area to realize that they do, and it could provide for all that they need and more.