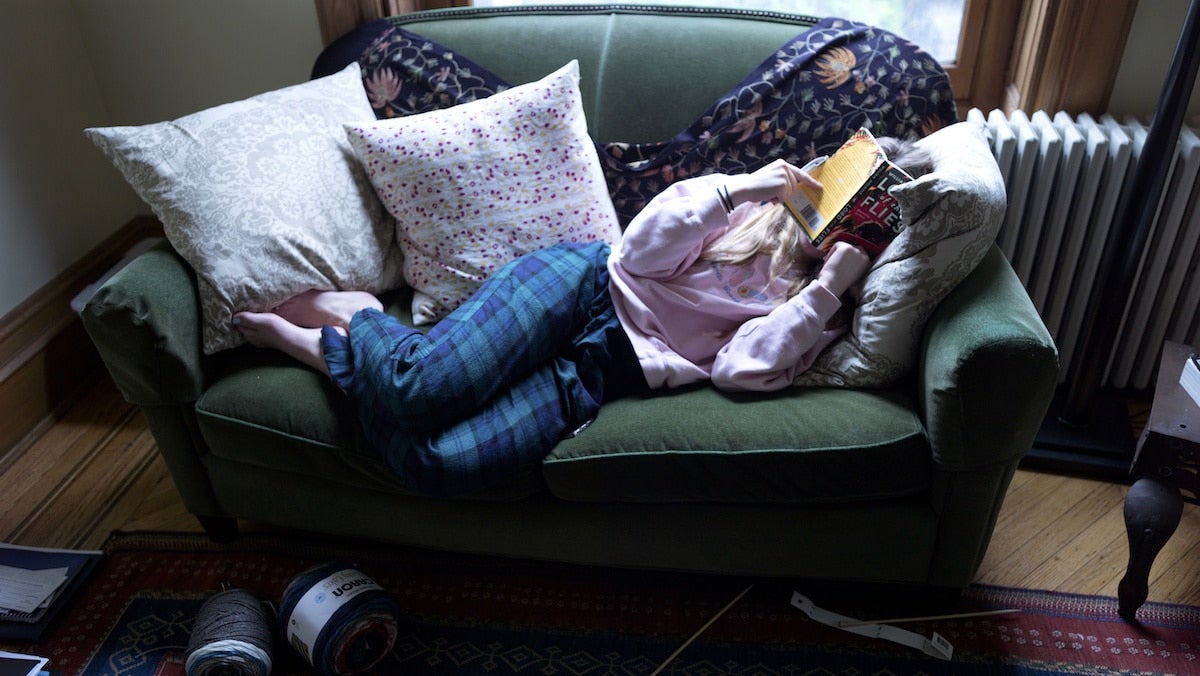 A teenager reads a school English assignment at home after her school shut down because of the COVID-19 pandemic on March 22, 2020 in Brooklyn, New York. Andrew Lichtenstein / Corbis via Getty Images

The psychiatrist warned even then that there was already an “epidemic of teen depression and suicide” that was largely being overlooked and under-supported. He cited evidence from the Centers for Disease Control and Prevention (CDC) that, after declining for almost 20 years, the suicide rate among Americans aged 10 to 24 had jumped 56 percent between 2007 and 2017. Suicide has been, and is still, the second leading cause of death, after accidents, for that same age range, the CDC reported.

Shutdowns and other responses to the coronavirus pandemic since Friedman’s article have exacerbated the already precarious situation of youth mental health and well-being.

A CDC survey on mental health in June found symptoms of anxiety and depression “up sharply,” NPR reported. 11% of respondents said they had “seriously considered” suicide in the past 30 days; among 18 to 34-year-olds, that number more than doubled to 25%. The news report offered up uncertainty about the future and the state of the world, educational and daily routine disruptions, and isolation from peers and caring adults as potential factors.

According to the CDC, many have experienced increased grief and loss due to the “drastic changes to daily routines and ways of life that usually bring us comfort and a feeling of stability.” How adolescents experience and process this grief is similar and different than in children and adults, the center said.

“Adolescents may experience significant changes in their sleep patterns, isolate themselves more, frequently appear irritable or frustrated, withdraw from usual activities, or engage more frequently with technology,” the CDC said. “It is important for parents or caregivers to engage with their adolescents over their grief to promote healthy coping and acceptance. Parents may also need to obtain mental health services for the adolescent and family to deal with grief.”

Teens are also “hardwired to be social,” Baron told the KNPR’s State of Nevada. Caroline Edgeworth, a high school student and co-founder of Hope Means Nevada, told KNPR that school closures had “dramatically hurt” her and her friends because of lost time together and with their sports teams.

“It was kind of my escape from home and now I’m stuck at home,” she said, reported KNPR.

“Teenagers are in a developmental space where it is critically important that they have regular contact with their peers and are able to develop close and ongoing relationships with adults outside the home, such as their teachers, their coaches, their advisers,” she told NPR. “And I worry very much about what it means for that to be disrupted by the pandemic.”

NPR reported that gun ownership in a particular state was the single strongest predictor of youth suicide rates in the state. A 2019 study found that for each 10 percent increase in household gun ownership, the suicide rate for 10- to 19-year-olds increases by more than 25 percent in that state, NPR reported.

Gun sales also doubled between March and June, the report stated, with 40% of the 10 million new guns sold during that time being to new gun owners. It’s a “red flag” because firearms are used in over half of youth suicides, NPR reported.

Not having guns in the home or keeping them safely locked away is especially important with adolescents having to stay home due to the pandemic because “teens are impulsive,” Damour told NPR.

These factors are causing some experts to push for schools to reopen, including CDC Director Dr. Robert R. Redfield, reported ABC News. The American Academy of Child and Adolescent Psychiatry (AACAP) and American Psychiatric Association (APA) generally support the CDC’s push to reopen schools for the sake of children’s mental and developmental health, but not where coronavirus is circulating, ABC reported.

“Whether we are sending students back for in-person school or not, we need to put emphasis on providing mental health support,” child and adolescent psychiatrist Dr. Avanti Bergquist, elected school board member and distinguished fellow of AACAP, told ABC.

Parents, caregivers and teachers can keep these tips in mind to help kids and teens struggling during the pandemic:

Finally, “one of the most important things to know about grief is that there isn’t a quick fix,” licensed therapist Jody Baumstein told Children’s Healthcare of Atlanta Strong4Life. “The only way to truly deal with grief is to acknowledge it, feel it and work through it.”

If you or someone you know is showing warning sides of suicide risk, reach out to the National Suicide Prevention Lifeline at 1-800-273-TALK or at suicidepreventionlifeline.org. The Crisis Text Line is available by texting TALK to 741741.