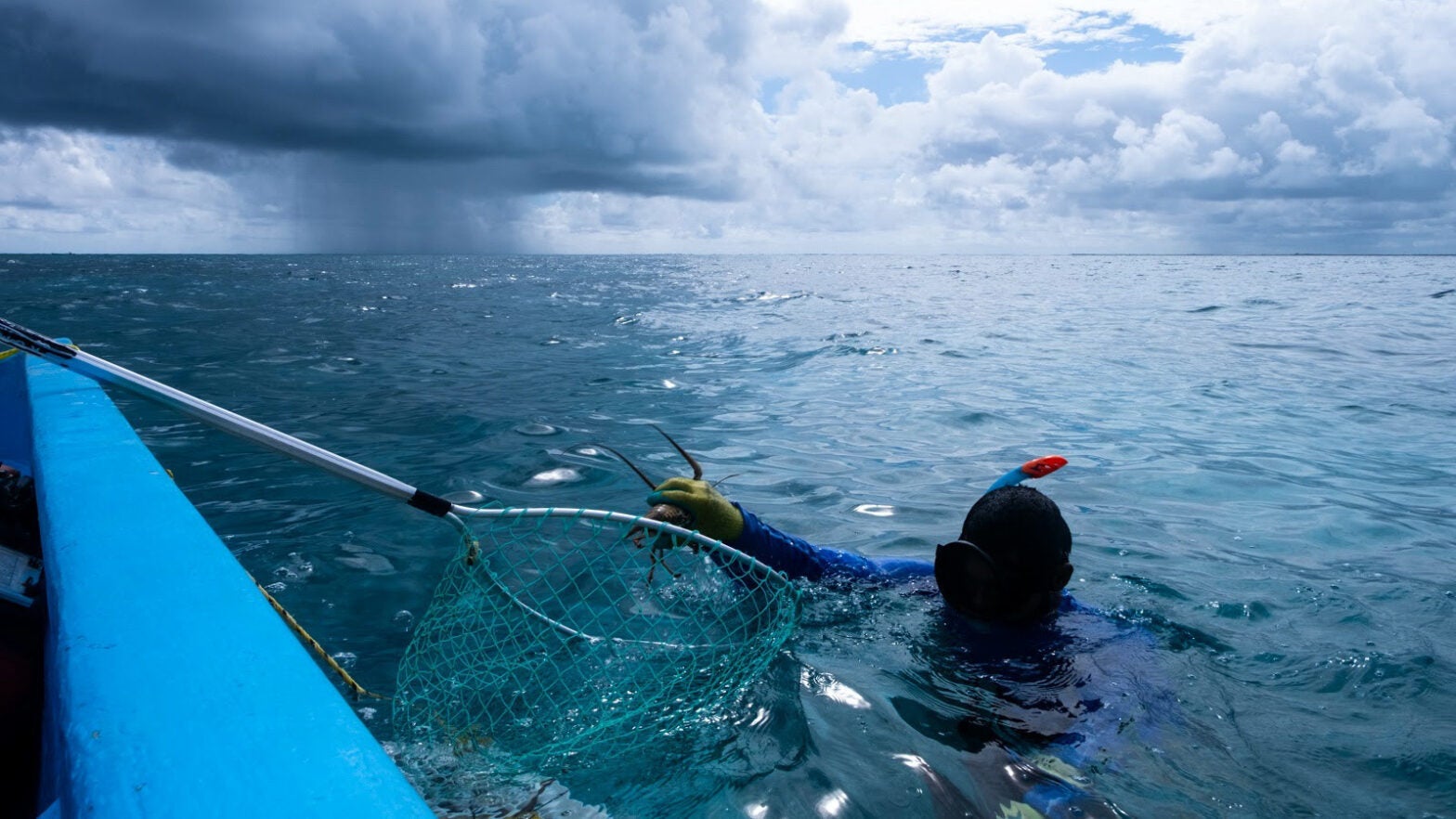 By Agostino Petroni and Sandali Handagama

José “Josh” Catzim Castillo, a 25-year-old lobster fisher, circles a hollow concrete box resting on the seafloor, just off the coast of Mexico’s Yucatán Peninsula. He slips a snare into the box and shakes it. Three spiny lobsters, or langostas, shoot out and try to flee, but Castillo is too quick.

He surfaces, hoisting his catch. Its tail snaps loudly, and its antennae makes a high-pitched squeak. Castillo’s father, Pablo Catzim Pech, 51, hauls the spiny lobster into their fishing boat. The creature is one of most sought after crustaceans in the Caribbean. Marked by its thick antennae and sharp spines that run the length of its body, it can sell for a pound in the United States.

Castillo and his father Pech are part of a collective with exclusive rights to fish spiny lobsters in Maria Elena bay, part of Mexico’s Sian Ka’an national park. The lobster fishers of Maria Elena are an ecological success story. Even as the lobsters face increasingly chaotic weather and overfishing around the Caribbean, they are flourishing in the bay, thanks to the efforts of the collective. 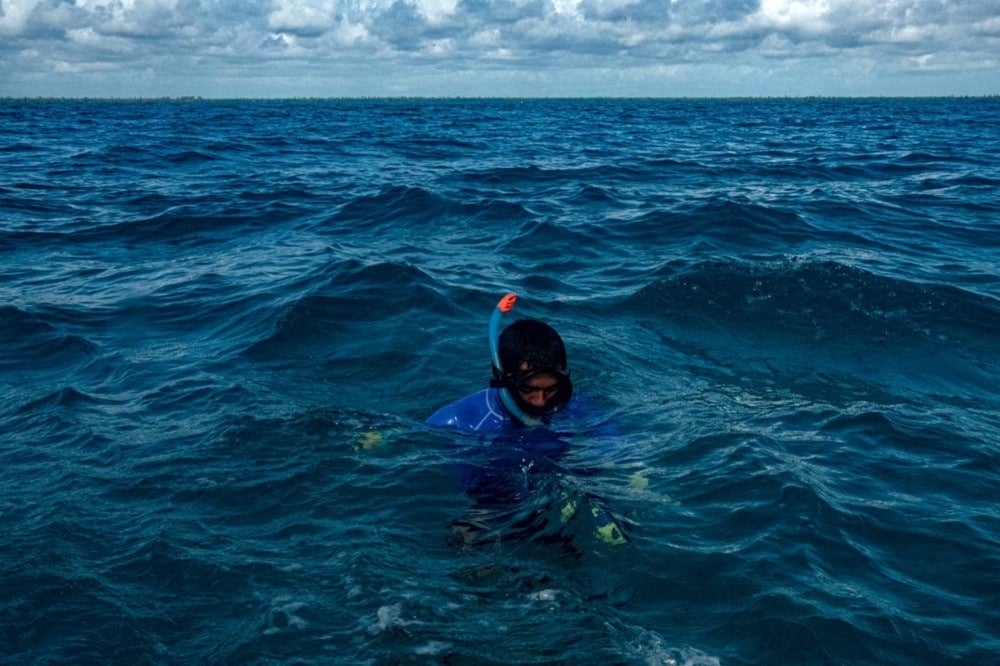 Castillo is left behind in the ocean, as his father, Pech, steers the boat away from the rain to keep the lobsters alive. Agostino Petroni and Sandali Handagama

When it starts to rain, Pech dips two rags in the ocean and spreads them over the plastic crates attached to the sides of his boat, each one filled with dozens of lobsters submerged in saltwater. Pech steers the boat back to shore, leaving Castillo with only his mask and flippers — and no life jacket — in the ocean behind him.

Climate change is bringing more intense rainfall to the region, flooding the bay with freshwater, menacing the lobsters, which can only survive in saltwater. The fishers say they are finding it harder to understand the weather. To make matters worse, rising seas are eroding the narrow beaches of Maria Elena. Seven years ago, a hurricane destroyed all but one cabana along the beach, while rainwater stagnated in the bay and killed many lobsters.

Then there is overfishing. Since the 1980s, lobster populations have dropped as much as 40 percent across the Caribbean, according to Eloy Sosa, a marine biologist at the research center Ecosur, who works with Castillo’s collective to protect the spiny lobster. The crustaceans are diminishing in number and becoming harder to find, so fishers are having to dive as much as 40 meters underwater, weighed down by oxygen tanks, to try to nab them.

That’s not the case in Maria Elena, where the lobsters are thriving. The bay’s newest lobsterman, Jose Eduardo Uitz, actually came to the reserve because he no longer wanted to risk his life going deeper into the ocean to catch lobsters. In Maria Elena, they lie just under the surface. 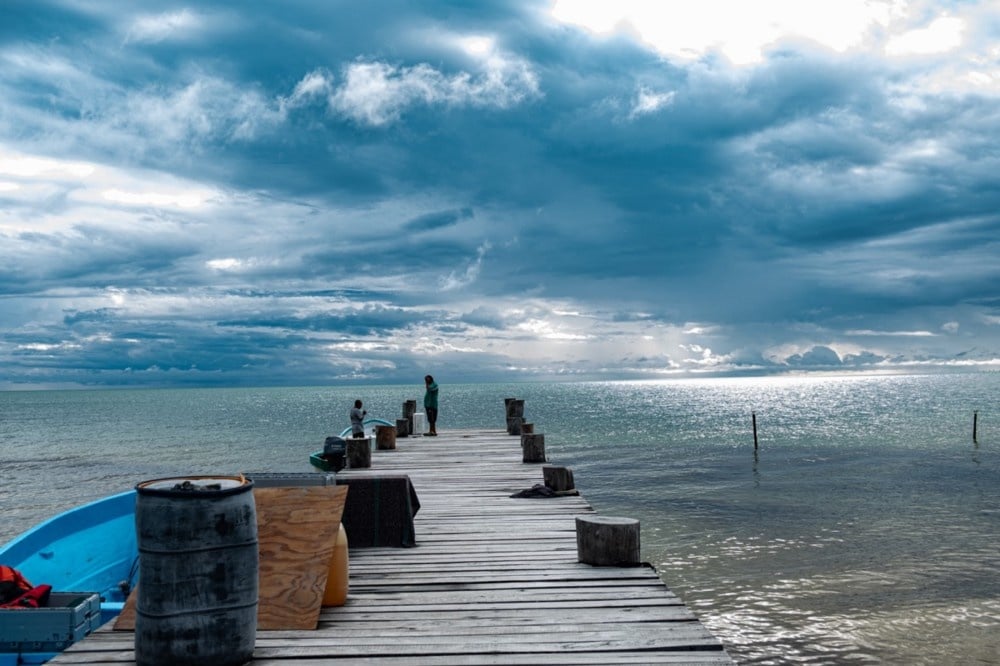 Maria Elena wasn’t always a lobster haven, however. The collective was granted special permission to fish in the reserve after it was declared a UNESCO World Heritage site in 1987, but it wasn’t until a decade later that the collective adopted sustainable fishing practices.

“Nobody knew anything about sustainability back then. Fishermen would take the eggs from a pregnant lobster, go home and scramble them with chicken eggs,” Pech said.

Things changed when scientists like Sosa began conducting workshops inside the park, showing the fishers how to protect the lobsters by allowing them enough time to grow and reproduce. Thanks to the collective’s efforts, lobster numbers have risen in Maria Elena, though they have yet to return to levels seen in the 1980s.

“The old men say that when they first arrived, there were so many lobsters that they even used to walk up to the shore,” Castillo said.

Today’s fishers are far more responsible than their forebears. They treat the crustacean like an investment and guard it jealously, hoping to nurture it back to its former glory.

Pablo Catzim Pech measures the tail of a smaller lobster with a 5-inch ruler. If the tail is shorter than the ruler, he will throw the lobster back into the ocean. Agostino Petroni and Sandali Handagama

“Being in Maria Elena is a privilege,” Sosa said. “If an associate breaks the rules, the punishment is tough. They could expel you from the collective.”

A descendant of Maria Elena‘s founders, Castillo knows this better than most. He is still trying to earn his place in the collective, waiting for a position to open up in the group of 50. For now, he is just an employee of his father, who is a member.

“I hope he will take charge of everything. I am teaching him everything about the lobster fields, the reef, and how to be a good captain,” Pech said.

To keep the lobsters healthy, Pech inspects each one that Castillo catches. If it looks too small, he measures it. If the tail is shorter than the five-inch ruler, he throws the lobster back into the sea.

“We also free the biggest lobsters, weighing more than six pounds. The market doesn’t pay their value. They are usually females, and they keep the species alive,” he said. 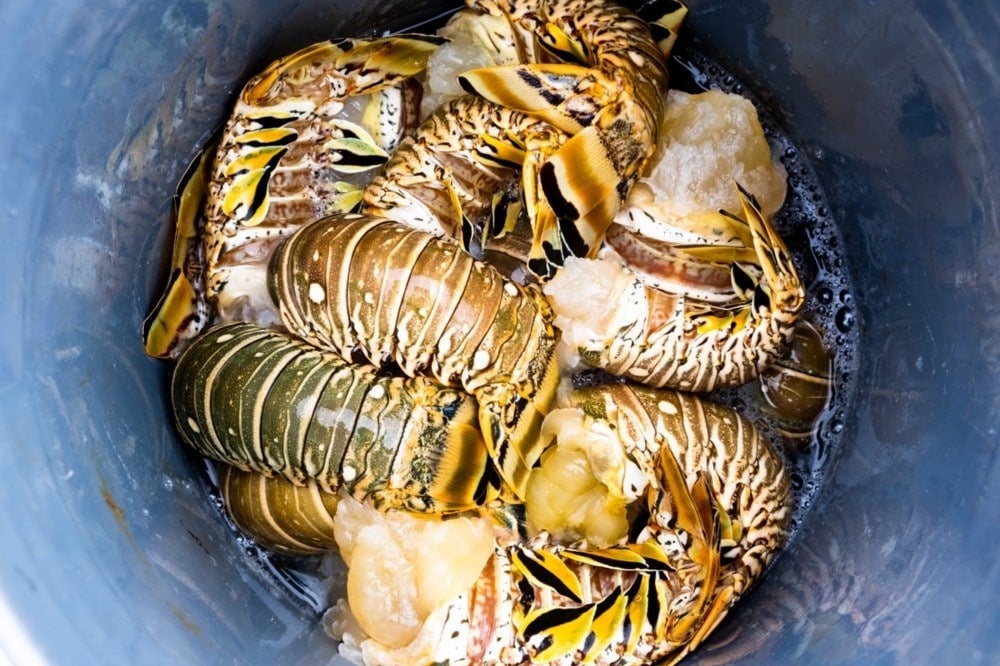 Lobster tails, cut from the animals that died during capture, are collected in a bucket to be sold separately from the live exports. Agostino Petroni and Sandali Handagama

When the lobster fishers throw a female back into the ocean, they not only protect the local population, they also support lobster populations in other parts of the Caribbean. The females lay millions of eggs that grow into larvae and float along ocean currents to new homes thousands of miles away.

After measuring and sorting the lobsters, the fishers send them to Cozumel to be sold. Occasionally, they keep a few for themselves, to be cooked on a hot skillet in a crowded cabana on the beach. It is a small indulgence for fishers who have nurtured the lobsters back into abundance in Maria Elena bay.

“The biggest threat to this place is us,” Pech said. “We are in the lobsters’ habitat. It is our livelihood, but we are invading a place we do not belong.”