Banning Sugary Drink Sales at Work Could Shrink Your Waistline 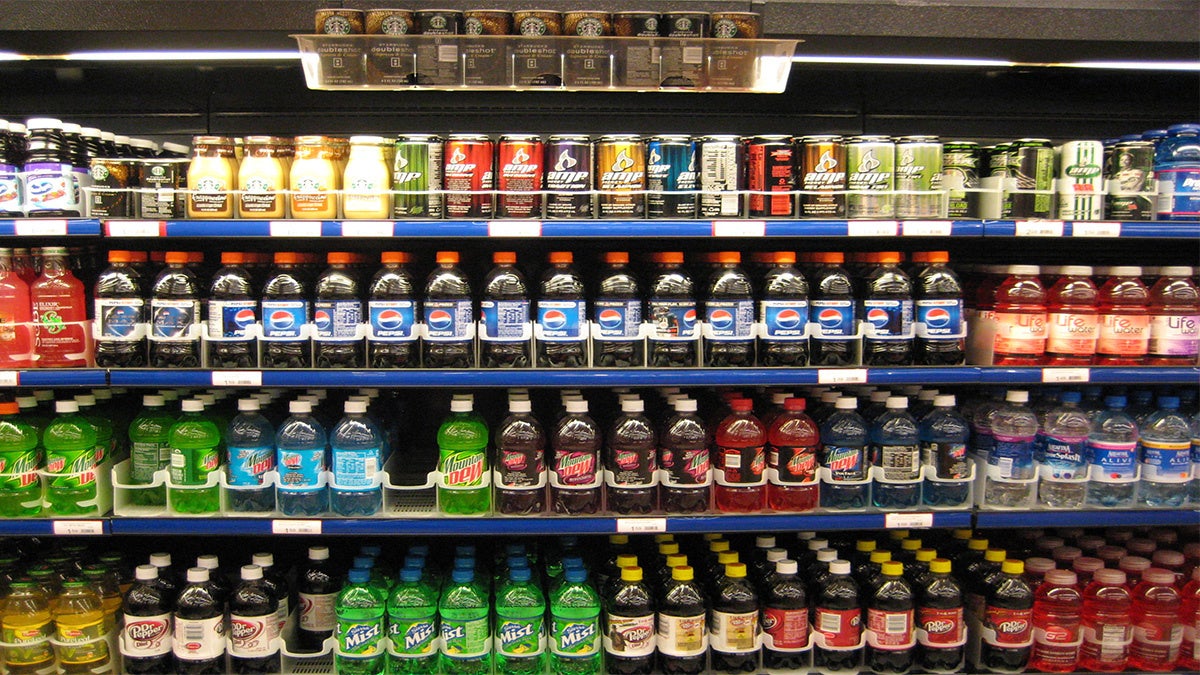 According to a new study, sugary drinks make up 34 percent of the added sugars in the American diet. Marlith / CC BY-SA 3.0

Sodas and other sugar-sweetened drinks may taste great, but research has increasingly linked them with obesity and potentially fatal health issues. Now, for the first time, a new study has shown the surprising health benefits of banning the sale of these sugary drinks in the workplace.

Published this week in JAMA Internal Medicine, the study found that 10 months after the University of California, San Francisco halted the sales of beverages with added sugars on campus, employees cut their daily intake by nearly 50 percent.

By the end of the study, the researchers could see the effects of that reduction, literally: on average, the participants had lost belly fat and trimmed their waist sizes by nearly an inch, Reuters reported.

The benefits didn’t stop there, either. Participants who cut back more on sodas and sugary drinks also happened to improve their bodies’ sensitivity to insulin, which regulates blood sugar. Insulin resistance issues tend to precede type 2 diabetes, according to Forbes. Participants’ Body Mass Index was not significantly affected, however.

“This was an intervention that was easy to implement,” lead author Elissa Epel, director of the Aging, Metabolism, and Emotions Center at UCSF, told The New York Times. “It’s promising because it shows that an environmental change can help people over the long run, particularly those who are consuming large-amounts of sugary beverages, and possibly even lead to a reduction in their risk of cardiometabolic disease.”

Nine other University of California branches are planning similar bans on sugary drink sales and campaigns to promote healthier options, the Times reported.

For the study, the researchers examined 214 employees at UCSF with an average age of 41 years — 29 percent of the men and 47 percent of the women were obese, MinnPost reported — before and after the ban took effect in 2015. Most worked in service or technical positions. Before the study, the employees averaged 35 ounces of sugar-sweetened drinks per day.

Half of the group was given access to a brief motivational interview with a health educator regarding the health effects of sugar and strategies for cutting back. They also received periodic check-in calls from the health educator.

Average consumption across all participants dropped to 18 ounces within months of the sales ban, but obese employees in the group that received the motivational interviews saw the largest changes, according to The New York Times. Their intake of sugar-sweetened drinks dropped by more than 25 ounces to 9.6 ounces, or 70 percent, on average, HealthDay reported. That said, the study was limited by its lack of a control group, as everyone was exposed to the ban, and by the study’s short duration.

According to the study, sugary drinks make up 34 percent of the added sugars in the American diet, but “workplace sales bans may offer a promising new private-sector strategy for reducing the health harms” associated with sugary drinks.

“Encourage your employer to create a healthier workplace food environment or start a movement yourself to stop sales of sugar-sweetened beverages — this is actually how the sales ban at UCSF started,” senior author and UCSF professor Laura Schmidt told Reuters.