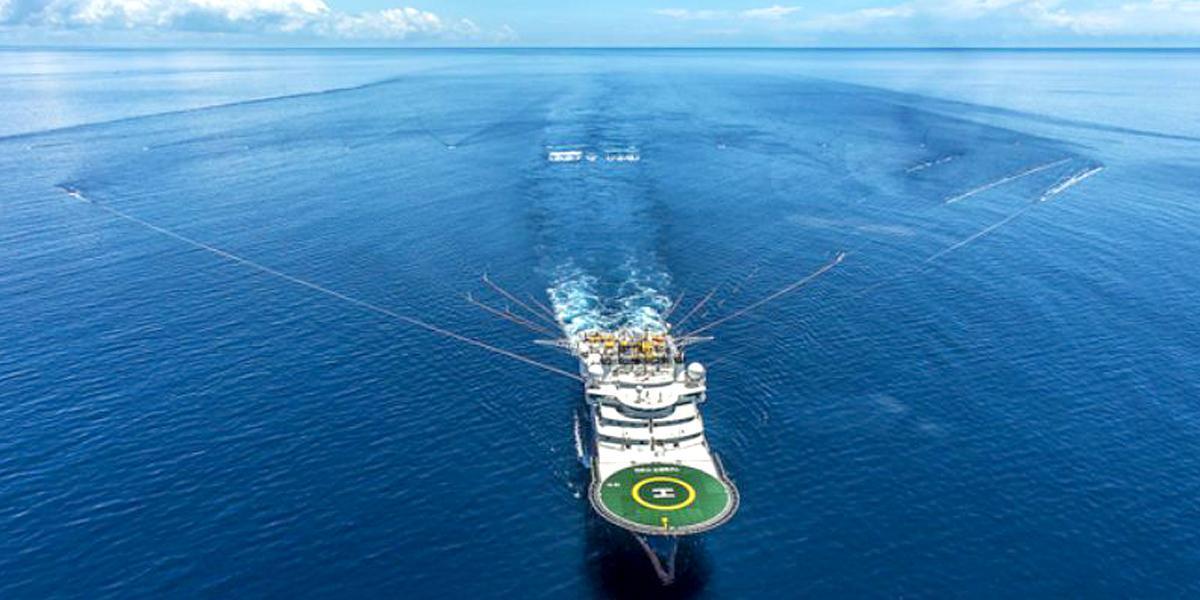 Six permit applications by energy companies—ones that were rejected by the Obama administration—are being reviewed by the department.

The oil and gas industry has long pushed for seismic surveys used to search for oil and gas deposits deep below the ocean’s surface.

However, environmental groups warn that the surveys are an extremely loud and dangerous process.

“Seismic airguns create one of the loudest manmade sounds in the ocean, firing intense blasts of compressed air every 10 seconds, 24 hours a day, for weeks to months on end,” Dustin Cranor, Oceana‘s senior director of U.S. communications, told EcoWatch. “The noise from these blasts is so loud that it can be heard up to 2,500 miles from the source, which is approximately the distance from Washington, DC to Las Vegas.”

“These blasts are of special concern to marine life, including fish, turtles and whales, which depend on sound for communication and survival,” Cranor said. He noted that the government’s own estimates show that seismic airgun blasting in the Atlantic could injure as many as 138,000 marine mammals like dolphins and whales, while disturbing the vital activities of millions more.

Furthermore, Greenpeace said “pursuing this development stands at cross-purposes with the nation’s necessary and rapidly accelerating move away from fossil fuels, and with previous commitments to address global climate change.”

Sea Shepherd Conservation Society’s Capt. Paul Watson explained, “One of the major threats to the survival of cetaceans, is noise pollution. More seismic testing and military LFS testing will result in more strandings. This decision equates to a death sentence for thousands of whales and dolphins.”

Seismic data has not been gathered in the mid- and south-Atlantic regions, from northern Florida to Delaware, for at least 30 years.

The Interior Department said that the surveys are needed to update information about the Outer Continental Shelf that was gathered more than three decades ago, “when technology was not as advanced as today.”

The Associated Press reported that any new drilling activity is expected to be limited to the coasts of Virginia, North and South Carolina and Georgia.

Interior Sec. Ryan Zinke said that the surveys will help “a variety of federal and state partners better understand our nation’s offshore areas … and evaluate resources that belong to the American people.”

Industry groups applauded the department’s decision to review the permit applications. “There has been no documented scientific evidence of noise from these surveys adversely affecting marine animal populations or coastal communities,” Randall Luthi, president of the National Ocean Industries Association, said.

Trump’s executive order was aimed at rolling back President Obama’s permanent ban on new offshore oil and gas drilling in the Arctic and Atlantic oceans.

But Greenpeace said that Atlantic drilling would threaten the region’s vibrant fishing and tourism industry, warning that “a spill equivalent to the BP Gulf oil disaster could coat beaches stretching from Savannah to Boston.”

“These individuals and groups understand that nearly 1.4 million jobs and more than $95 billion in gross domestic product are at risk if dangerous offshore drilling activities occur in the Atlantic Ocean,” Cranor explained.