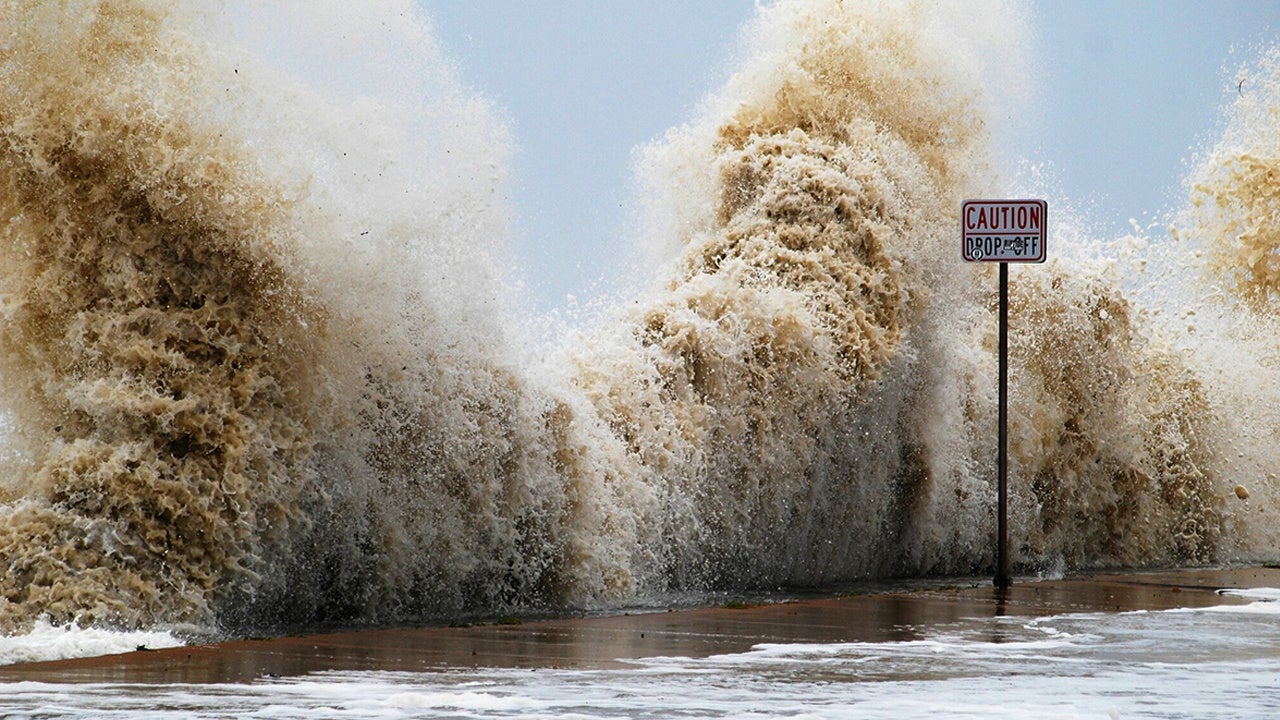 The latest science shows how the pace of sea level rise is speeding up, fueling fears that not only millions of homes will be under threat, but that vulnerable installations like docks and power plants will be overwhelmed by the waves.

New research using satellite data over a 30-year period shows that around the year 2000 sea level rise was 2mm a year, by 2010 it was 3mm and now it is at 4mm, with the pace of change still increasing.

The calculations were made by a research student, Tadea Veng, at the Technical University of Denmark, which has a special interest in Greenland, where the icecap is melting fast. That, combined with accelerating melting in Antarctica and further warming of the oceans, is raising sea levels across the globe.

The report coincides with a European Environment Agency (EEA) study whose maps show large areas of the shorelines of countries with coastlines on the North Sea will go under water unless heavily defended against sea level rise.

Based on the maps, newspapers like The Guardian in London have predicted that more than half of one key UK east coast provincial port — Hull — will be swamped. Ironically, Hull is the base for making giant wind turbine blades for use in the North Sea.

​The argument about how much the sea level will rise this century has been raging in scientific circles since the 1990s. At the start, predictions of sea level rise took into account only two possible causes: the expansion of seawater as it warmed, and the melting of mountain glaciers away from the poles.

In the early Intergovernmental Panel on Climate Change reports back then, the melting of the polar ice caps was not included, because scientists could not agree whether greater snowfall on the top of the ice caps in winter might balance out summer melting. Many of them also thought Antarctica would not melt at all, or not for centuries, because it was too cold.

Both the extra snow theory and the “too cold to melt” idea have now been discounted. In Antarctica this is partly because the sea has warmed up so much that it is melting the glaciers’ ice from beneath — something the scientists had not foreseen.

Alarm about sea level rise elsewhere has been increasing outside the scientific community, partly because many nuclear power plants are on coasts. Even those that are nearing the end of their working lives will be radio-active for another century, and many have highly dangerous spent fuel on site in storage ponds with no disposal route organized.

Perhaps most alarmed are British residents, whose government is currently planning a number of new seaside nuclear stations in low-lying coastal areas. Some will be under water this century according to the EEA, particularly one planned for Sizewell in eastern England.

The agency’s report says estimates of sea level rise by 2100 vary, with an upper limit of one meter generally accepted, but up to 2.5 meters predicted by some scientists. The latest research by Danish scientists suggests judiciously that with the speed of sea level rise continuing to accelerate, it is impossible to be sure.

A report by campaigners who oppose building nuclear power stations on Britain’s vulnerable coast expresses extreme alarm, saying both nuclear regulators and the giant French energy company EDF are too complacent about the problem.

The report said: “Polar ice caps appear to be melting faster than expected, and what is particularly worrying is that the rate of melting seems to be increasing. Some researchers say sea levels could rise by as much as six meters or more by 2100, even if the 2°C Paris target is met.

“But it’s not just the height of the rise in sea level that is important for the protection of nuclear facilities, it’s also the likely increase in storm surges. An increase in sea level of 50cm would mean the storm that used to come every thousand years will now come every 100 years. If you increase that to a meter, then that millennial storm is likely to come once a decade.

“Bearing in mind that there will probably be nuclear waste on the Hinkley Point C site [home to the new twin reactors being built by EDF in the West of England] until at least 2150, the question neither the Office of Nuclear Regulation nor EDF seem to be asking is whether further flood protection measures can be put in place fast enough to deal with unexpected and unpredicted storm surges.”