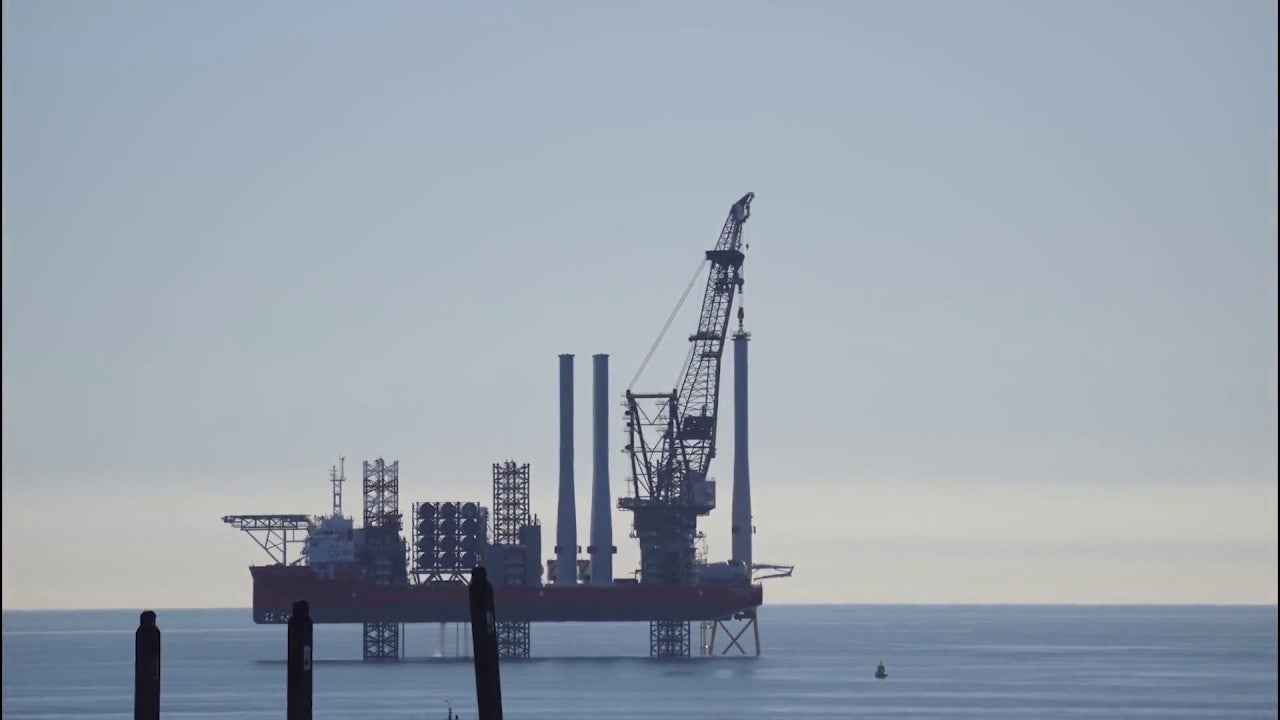 The world’s most powerful
wind turbine was successfully installed Monday off the coast of Aberdeen, Scotland.

Incidentally, the project was at the center of a contentious legal battle waged—and lost—by Donald Trump, before he became U.S. president.

Trump felt the “ugly” wind turbines would ruin the view of his Menie golf resort. But in 2015, the UK Supreme Court unanimously rejected his years-long appeal against the offshore wind farm.

The 8.8-megawatt
MHI Vestas wind turbine was set-up overnight in Aberdeen Bay and has a tip-height of 627 feet and a blade length of 262 feet.

“One rotation of this enormous structure is sufficient to power the average UK home for an entire day,” Vattenfall EOWDC project director Adam Ezzamel
touted.

The European power company
noted that the turbine was one of two that was enhanced with further internal power modes to generate more clean energy, from 8.4 megawatts to 8.8 megawatts. That means once the 11-turbine wind farm is complete, EOWDC’s total output will stand at 93.2 megawatts.

“This allows the facility to produce the equivalent of more than 70 percent of Aberdeen’s domestic electricity demand and annually displace 134,128 tonnes of CO2,” Vattenfall said.

We mentioned yesterday that 2 of the 11 turbines at #EOWDC have enhanced internal modes, increasing capacity from 8.4 to 8.8MW and boosting total capacity of the project to 93.2MW. What does this actually mean? Project Director Adam explains: pic.twitter.com/ELlek3DRDF

Scotland has emerged as a global leader in wind power. The country’s onshore wind turbines alone provided more than 5.3 million megawatt hours of electricity to the National Grid during the first three months of 2018, an impressive 44 percent increase compared to the same period last year, according to recent analysis of WWF Scotland wind power data by WeatherEnergy.

Scotland is also home to the
world’s first floating wind farm. The 30-megawatt Hywind Scotland, located about 15 miles off the Aberdeenshire coast, churned out 65 percent of its maximum theoretical capacity during November, December and January, according to its operator, Statoil.

“The installation of the first of these powerful turbines at Aberdeen Bay is another milestone in Scotland’s renewables story,” Gina Hanrahan, acting head of policy at WWF Scotland
said Tuesday. “Offshore wind, which has halved in cost in recent years, is critical in the fight against climate change, helping to reduce emissions, keep the lights on and create thousands of jobs across Scotland and the UK.”

“Developments like this have an important role to play in securing the Scottish government’s target to meet half of all Scotland’s energy demand from renewables by 2030,” Hanrahan said.