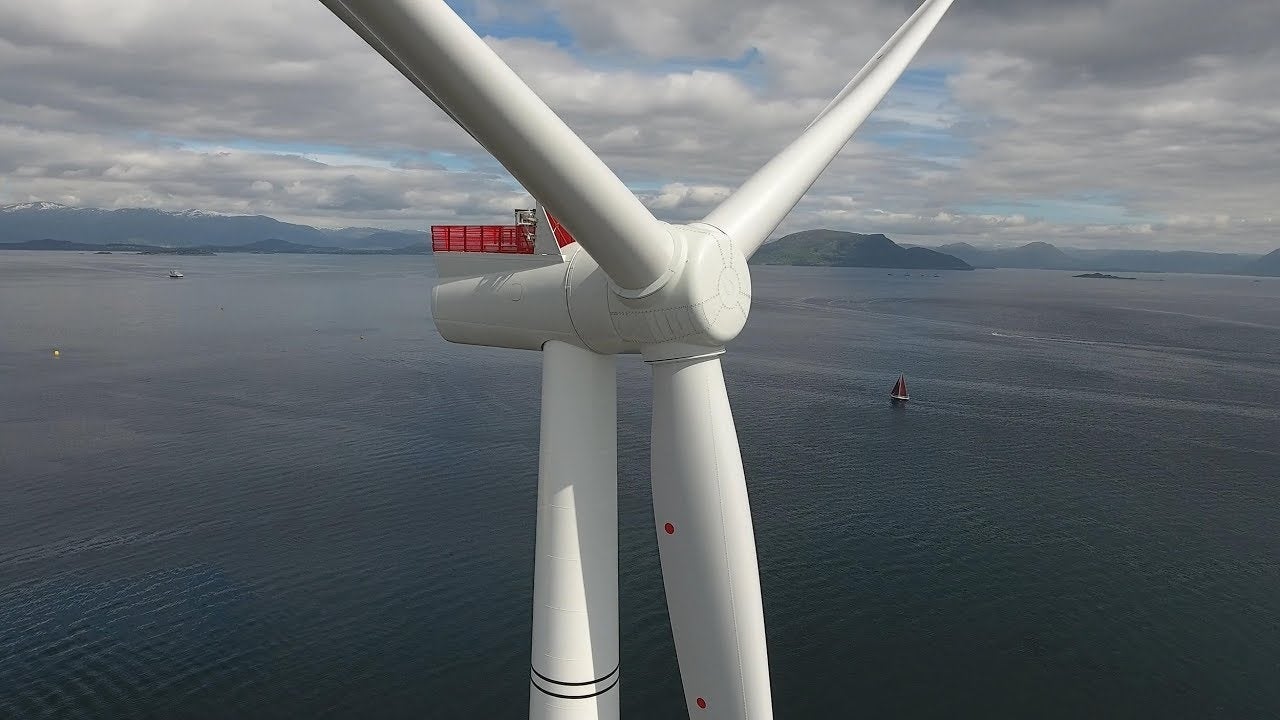 The world’s first floating wind farm only switched on three months ago but it’s already performing better than expected—and that’s despite a hurricane, a powerful winter storm and waves as high as 8.2 meters (27 feet).

The 30-megawatt Hywind Scotland, located about 15 miles off the Aberdeenshire coast, churned out 65 percent of its maximum theoretical capacity during November, December and January, according to its operator, Statoil.

In comparison, the typical capacity factor for a bottom fixed offshore wind farm is 45-60 percent during the same winter months, Statoil pointed out.

“We have tested the Hywind technology in harsh weather conditions for many years and we know it works,” said Beate Myking, senior vice president of offshore wind operations in Statoil.

“It is very encouraging to see how well the turbines have performed so far. Hywind Scotland’s high availability has ensured that the volume of electricity generated is substantially higher than expected.”

These results show great promise for the emerging technology. As EcoWatch previously detailed, floating turbines have been deployed before, but mostly in small-scale projects, such as the 7-megawatt system built and operated by the Fukushima Wind Offshore Consortium. In contrast, the Hywind’s five floating turbines produce 6 megawatts each on top of waters more than 328 feet deep. At full capacity, the facility can generate enough power for 20,000 homes.

As Bloomberg explained, typical offshore wind farms are installed on seabeds in relatively shallow seas. But with a floating system, countries like Japan, the U.S. West Coast, and the Mediterranean—where seabeds drop steeply off the coast—can also utilize the technology.

Statoil sees “great potential” to build more floating wind farms on top of waters around 200 feet in depth, even in areas with extreme environments and weather conditions. In October, the Hywind survived Hurricane Ophelia‘s 77 mph winds. It then faced even stronger winds in December, with Storm Caroline’s 100 mph gusts and walls of large waves. Although the farm’s wind turbines were shut down during the worst of these winds, they automatically resumed operations afterwards, Statoil said.

“Knowing that up to 80 percent of the offshore wind resources globally are in deep waters (+60 meters) where traditional bottom fixed installations are not suitable, we see great potential for floating offshore wind, in Asia, on the west coast of North America and in Europe,” said Irene Rummelhoff, executive vice president for New Energy Solutions in Statoil.

The developers are looking to expand the technology and hope to reduce the costs of energy to €40-60 ($50-$75)/MWh by 2030, making it cost competitive with other renewable energy sources. The cost of onshore and offshore wind has seen significant reductions in recent years, with the UK’s latest renewable energy auction dropping to 57.50 pounds ($76) per megawatt-hour, Bloomberg noted.

“This is an ambitious, but realistic target. Optimized design, larger and more efficient turbines, technology development and larger wind parks will drive down costs, improve infrastructure and logistics,” Rummelhoff said.