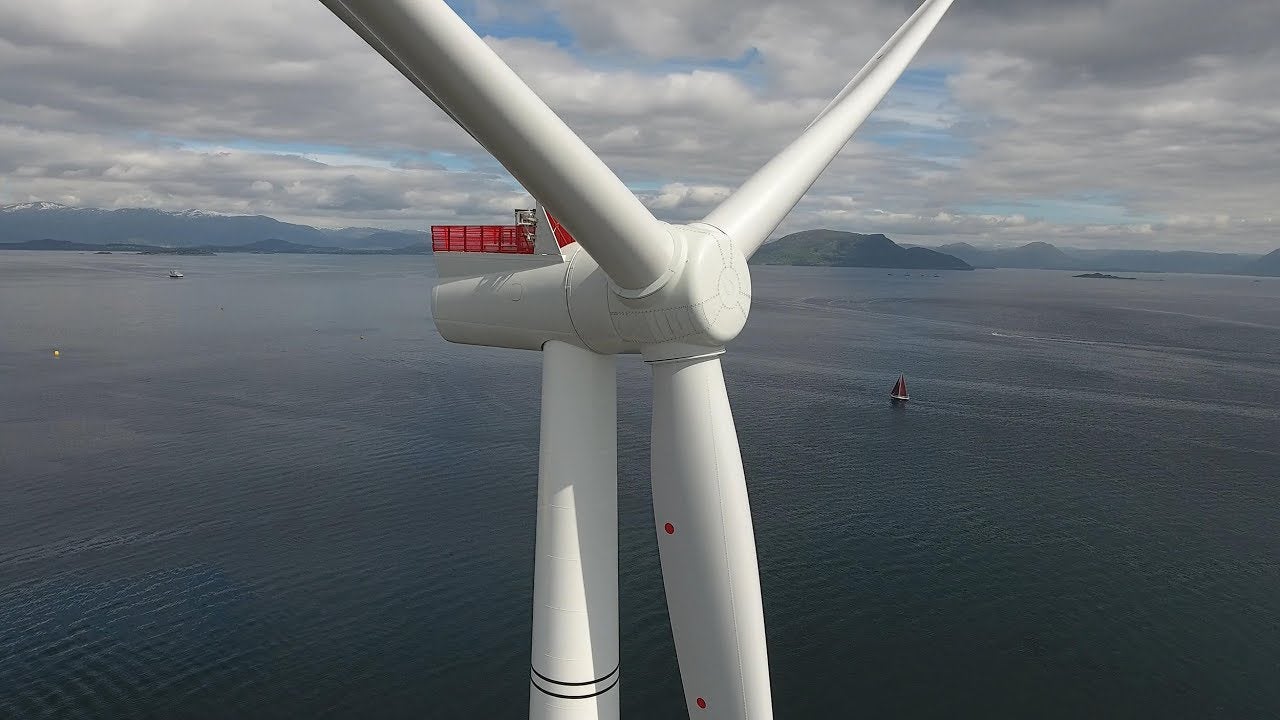 “This marks an exciting development for renewable energy in Scotland,” the First Minister continued. “Our support for floating offshore wind is testament to this government’s commitment to the development of this technology and, coupled with Statoil’s Battery Storage Project, Batwind, puts us at the forefront of this global race and positions Scotland as a world center for energy innovation.”

Batwind, a Lithium battery that can store one megawatt-hour of power, is linked to the Hywind to help mitigate intermittency and optimize output.

As Bloomberg noted, typical offshore wind farms are installed on seabeds in relatively shallow seas. The advantage of a floating system allows countries like Japan, the U.S. West Coast and Mediterranean—where seabeds drop steeply off the coast—to also utilize the technology.

“Hywind can be used for water depths up to 800 meters, thus opening up areas that so far have been inaccessible for offshore wind,” explained Irene Rummelhoff, executive vice president of the New Energy Solutions business area at Statoil.

The project cost about 200 million pounds ($263 million) to construct.

The cost of onshore and offshore wind has seen significant reductions in recent years, with the UK’s latest renewable energy auction dropping to 57.50 pounds ($76) per megawatt-hour, Bloomberg noted.

Floating wind is expected to follow a similar downward trajectory over the next decade, making it cost competitive with other renewable energy sources, Statoil said.

“Statoil has an ambition to reduce the costs of energy from the Hywind floating wind farm to €40-60/MWh ($47-76) by 2030. Knowing that up to 80 percent of the offshore wind resources are in deep waters (+60 meters) where traditional bottom fixed installations are not suitable, floating offshore wind is expected to play a significant role in the growth of offshore wind going forward,” Rummelhoff said.

Scotland has emerged as a clean energy all-star, with its wind turbines occasionally generating more electricity than is actually needed. This past March 17 and 19, wind turbines provided an output equivalent of 102 percent and 130 percent of each day’s demand, respectively.

The Scottish government is actively working towards a low-carbon future, and announced earlier this month that fracking is set to be permanently banned following “overwhelming” public support for outlawing the controversial process.

The first minister also announced plans to end the sale of new gas and diesel-powered cars by 2032 and fast-track the development of a country-wide charging network for electric vehicles.