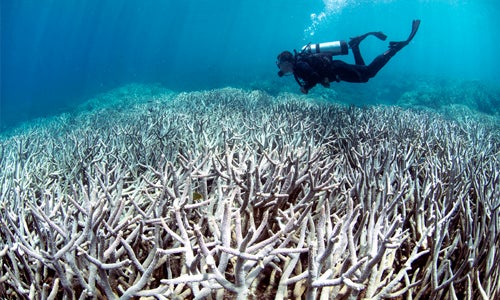 The Great Barrier Reef is under siege from climate change and coal, with scientists confirming that 93 percent of the world heritage area is now suffering from severe coral bleaching. 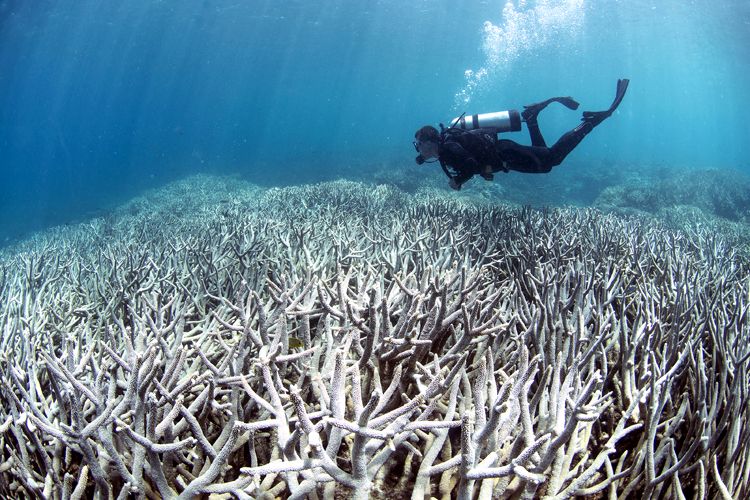 A diver checking out the bleaching at Heron Island in February 2016. This area was one of the first to bleach at Heron Island which is located close to the southern most point of the Great Barrier Reef.

The unprecedented event, caused by climate change warming the ocean, is being called “an environmental assault on the largest coral ecosystem on Earth.” Only around 50 percent of the impacted corals are expected to survive, and in some areas, only a mere 10 percent may recover.

So heavy is the toll, 56 scientists have once again called on the Australian government to phase out coal, and are taking ever greater message to their warnings are heard. The expansion of Australian coal is already having dire impacts on the Reef, and will continue to drive the climate impacts that are killing Australia’s famous heritage site.

I showed the results of aerial surveys of #bleaching on the #GreatBarrierReef to my students, And then we wept. pic.twitter.com/bry5cMmzdn

Yet despite the government’s willingness to pick up the phone about the parlous state of the reef, they seem unwilling to acknowledge that it’s way past time Australia ditched coal.