How to Save Insects 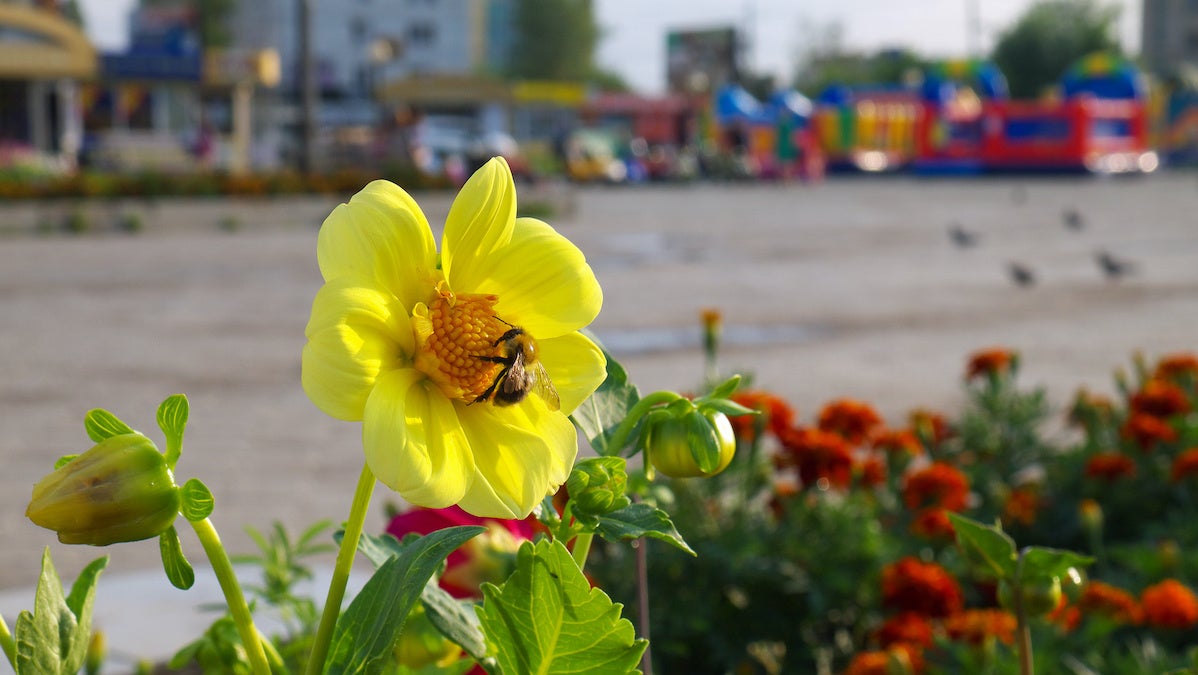 To save insects we must give them the space they need to survive. asadykov / iStock / Getty Images Plus

Butterflies and bees, ants and beetles, cockroaches and flies — whether loved or feared, insects help humans. Just sample the ways these animals enable life as we know it: they pollinate crops, give us new medicines, break down waste and support entire ecosystems.

Yet many insects around the world are in decline.

Writing in the journal Biological Conservation, more than two dozen scientists from countries around the world are warning of a wave of insect extinctions — and urging swift steps to curb the crisis. In a paper sketching solutions, the scientists say that to save insects we must give them the space they need to survive in the face of climate change: livable, interconnected habitats flush with a rich diversity of plant and animal life.

Ensuring that insects have room to thrive means setting aside local habitat, including parks, gardens, roadsides and the edges of farm fields. It also entails protecting continent-scale migratory passages like the corridor that monarch butterflies traverse from Minnesota to Mexico.

Not just any areas will do, the researchers caution. Insects need quality space, too. The closer an area is to the condition it was in before humans altered it for the worse, the better. “We need to move the needle of novel landscapes towards one of greater ecological integrity and more complex interaction networks,” Michael Samways, one of the paper’s authors and an insect conservationist at South Africa’s Stellenbosch University, wrote in an email to Ensia.

Space that’s free from pollution and invasive species, with diverse plant life and a varied landscape, will best help insects — and that includes enough room for the six-legged critters to find food, seek mates and just rest.

“Part of being able to move around is to be able to ‘dodge’ natural enemies, from bats and birds, to other insects like predatory ladybugs and parasitic wasps,” Samways explained.

Our changing climate pushes many insects to evolve, move or die — a dynamic that often puts them up against the extensive transformation humans have wrought on Earth’s surface. Habitat fragmentation exacerbates the threat by limiting insects’ ability to traverse the landscapes separating them from more suitable surroundings.

But with quality space that’s connected by conservation corridors and other adequate habitat, the researchers write, insects can leave enough healthy offspring to sustain their species.

Scientists know what insects need, but scaling proven strategies up to the massive level needed to make a dent in extinctions is a different challenge entirely.

“Especially when you’re thinking about insects, you have to get public buy-in,” said DeAnna Beasley, an ecologist at the University of Tennessee at Chattanooga who was not involved in the paper. Highlighting this key hurdle, the report authors bemoaned “the current lack of sufficient collective political will and concerted effort” to save insects.

To build that will, the scientists call for greater efforts to communicate the value of insects to society. For example, Beasley has used cicadas — a kind of insect that needs “a large, contiguous space” to sustain big populations — in citizen science research, getting more data for science while building more appreciation for insects among the public. In one project the paper spotlights, students at schools in Austria successfully assessed the quality of space for butterflies, laying the groundwork for follow-up by trained scientists.

With many insects unnoticed or misunderstood, the researchers also recommend the continued use of “insect icons” and “flagship species” to promote support for conservation.

“Highlighting the animals that people know best is vital for our effort to get people engaged in invertebrate or insect conservation,” says Scott Hoffman Black, executive director of the Xerces Society for Invertebrate Conservation, who was not involved in the new paper. Black also underscores that charismatic insects are just a starting point.

“We need people to understand the consequences of not taking action and give them solutions that they can enact in their own lives,” Black says. “As well as getting them to push their governments to take action.”