This Beetle Can Survive Being Run Over by a Car. Could It Lead to Crash-Proof Human Designs? 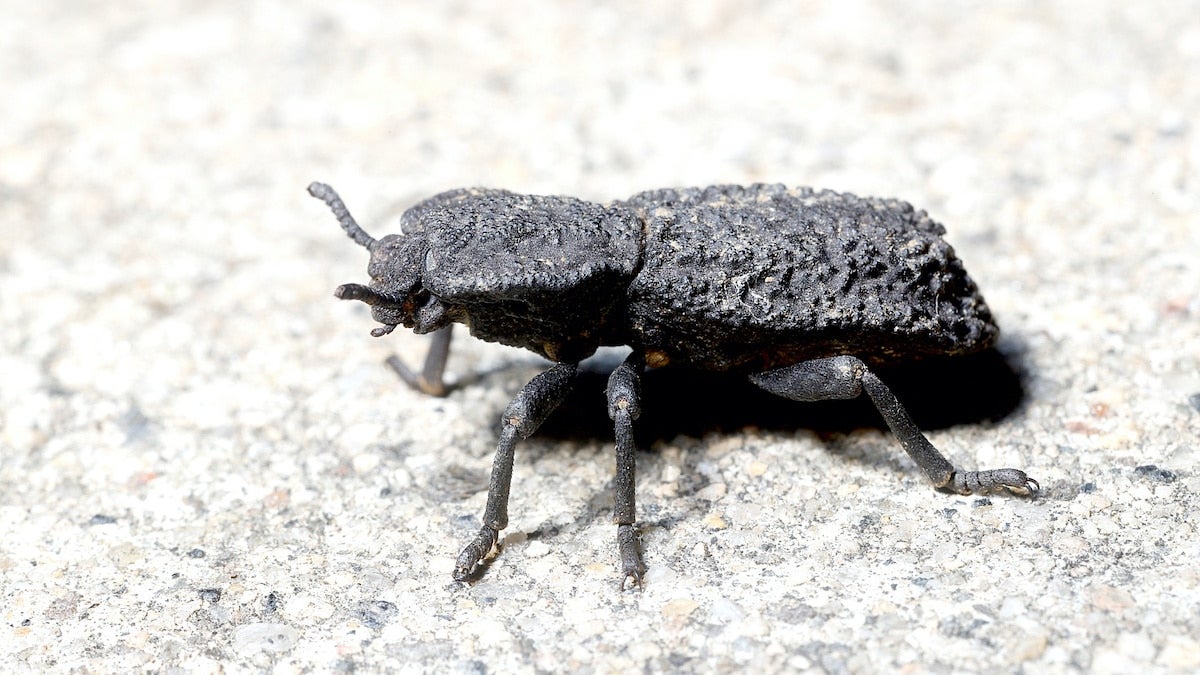 The aptly named diabolical ironclad beetle (Phloeodes diabolicus) has an exoskeleton so strong, it can survive being pecked by birds and even run over by cars. When early entomologists tried to mount them as specimens, BBC News explained, that exoskeleton would snap or bend their pins.

Now, in a study published in Nature Wednesday, Zavattieri and a team of scientists have discovered exactly what makes the diabolical ironclad beetle so strong.

The diabolical ironclad beetle is found in the forests of North America’s Pacific coast. It has lost the ability to fly, so its super-strong exoskeleton is evolution’s compensation for the fact that it can’t flee its predators.

To understand how this exoskeleton works, the researchers first determined how much stress it could take. The answer? Quite a lot. The beetle can withstand a load of around 39,000 times its own body weight. To put that in perspective, it would be the equivalent of a 90 kilogram (approximately 200 pound) person surviving the weight of around 280 doubledecker buses, The Guardian explained.

“We were impressed. Especially given that this beetle does not contain any mineral – just organic components,” study coauthor and University of California, Irvine professor David Kisailus told The Guardian.

The team then examined how the beetle was able to withstand such a heavy load. They used electron microscopes and CT scans to look at it up close, The Associated Press explained. The beetle’s elytra, which are normally protective casing for wings, had hardened. This is common for flightless beetles, but the diabolical ironclad beetle’s elytra were unique. They had a greater number of interlocking sections than those of other beetles, resembling a jigsaw puzzle, The Guardian explained. This helps the elytra to distribute the stress of heavy loads.

Further, the elytra was protein-rich and made of layers. When stress was put on one join, the layers would peel apart to relieve the pressure.

“When you pull them apart,” Zavattieri told The Associated Press, “it doesn’t break catastrophically. It just deforms a little bit. That’s crucial for the beetle.”

The scientists are hoping to take inspiration from the beetle’s strength to improve human designs. In fact, the study was part of a U.S. Air Force-funded project to learn from nature in order to make materials that better resist impact.

As part of the experiment, the scientists made joints from metal and composite materials based on the beetle’s elytra, BBC News explained. Their designs did make the materials stronger.

“Given that nature has been optimising and performing experiments for hundreds of millions of years, there are abundant resources to provide inspiration for next-generation materials,” Kisailus told The Guardian.