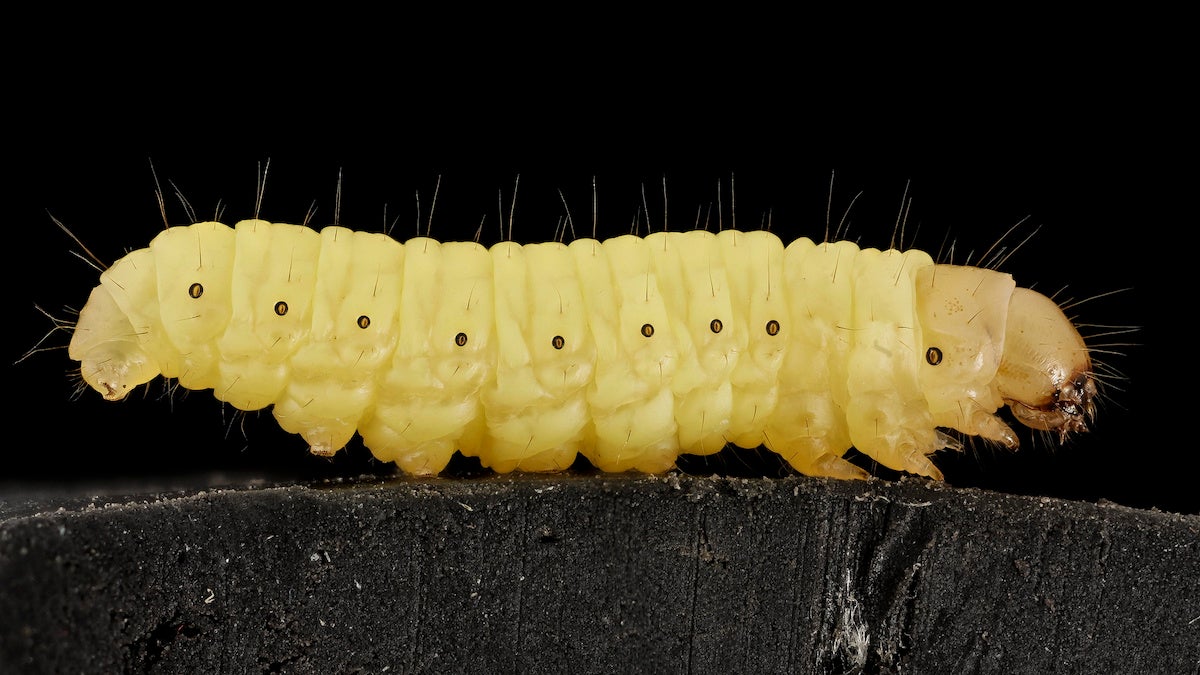 These waxworm caterpillars have an appetite for plastic. USGS Bee Inventory and Monitoring Lab

Scientists are learning more about a caterpillar that is very hungry …. for plastics!

The plastic-munching abilities of the greater wax moth caterpillar were first discovered in 2017, when a scientist and amateur beekeeper put some of the insects, who also eat beeswax, into a plastic bag only to discover that they had eaten their way out. Now, researchers at the University of Brandon have discovered that the larval greater wax moths can survive solely on polyethylene — the type of plastic that makes grocery shopping bags.

Could humanity worm its way out of a major pollution problem? BU researchers are working to answer that question right now. https://t.co/SzPS5QcNFV pic.twitter.com/t7QqFYU9oE

The research, published in Proceedings of the Royal Society B last Wednesday, looks at exactly how the caterpillars are able to effectively digest plastic, in hopes of learning from the process to develop a solution to the plastic pollution crisis. The answer? A symbiotic relationship between the caterpillars and bacteria living in their gut.

“We found that waxworm caterpillars are endowed with gut microbes that are essential in the plastic biodegradation process,” study coauthor and Brandon University biology chair Christophe LeMoine told CNN. “This process seems reliant on a synergy between the caterpillars and their gut bacteria to accelerate polyethylene degradation.”

The researchers found that the caterpillars themselves could survive eating plastic bags for one week, and that 60 of them could eat through about 30 square centimeters (approximately 4.65 square inches) of the stuff during that time, Phys.org reported. The byproduct of all this? An alcohol known as glycol.

“Worms that eat our plastic waste and turn it into alcohol sounds too good to be true. And in a way it is,” Dr. Cassone said in the press release. “The problem of plastic pollution is too large to simply throw worms at. But if we can better understand how the bacteria works together with the worm and what kind of conditions cause it to flourish, perhaps this information can be used to design better tools to eliminate plastics and microplastics from our environment.”