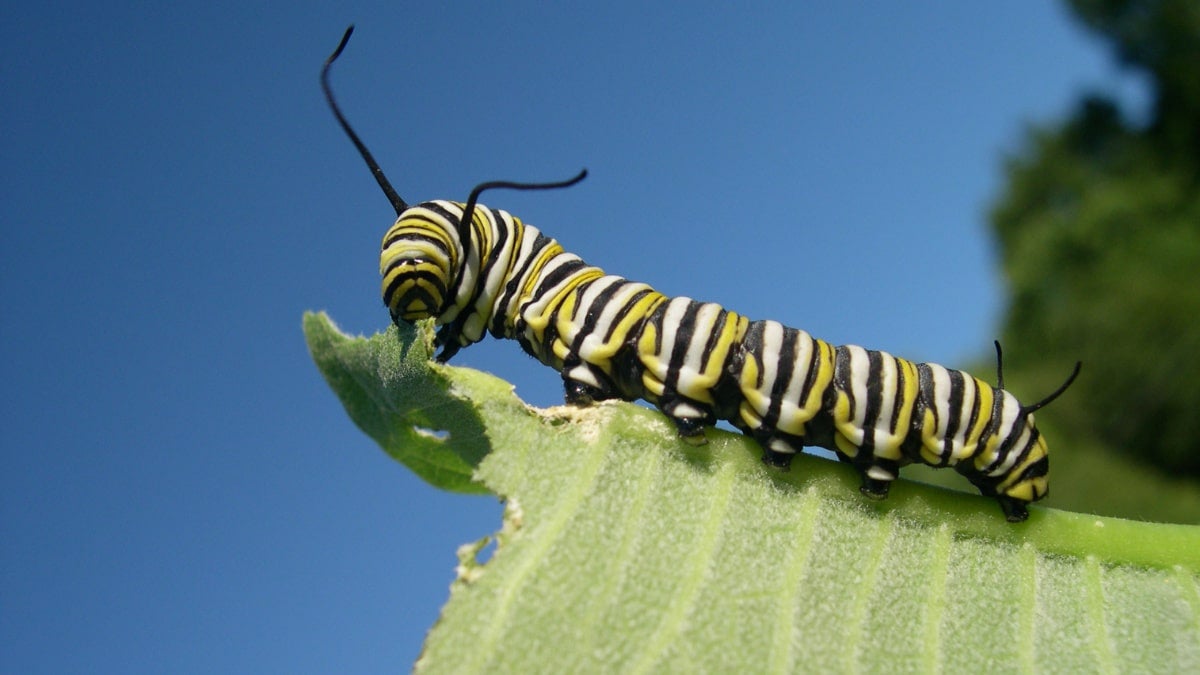 Humans aren’t the only animals that get “hangry” when deprived of a meal.

A new study published in iScience Thursday found that monarch butterfly caterpillars (Danaus plexippus) will aggressively push each other out of the way when food gets scarce.

“The less food that is present, the higher their level of aggression,” study coauthor Elizabeth Brown of Florida Atlantic University told New Scientist.

The idea for the study was born when the wife of fellow Florida Atlantic University researcher Alex Keene saw two monarch caterpillars fighting over a milkweed plant in the couple’s garden, The New York Times reported.

“I decided to investigate monarch caterpillars because I was intrigued by their combative behavior, which I observed first-hand in my own garden,” Keene explained in a Florida Atlantic University press release. “They are large and easily recognizable compared to many other insects. These are charismatic animals that everyone loves, and there’s a growing appreciation for their potential to tell us about how the brain controls behavior.”

The researchers gave the caterpillars three different amounts of food, New Scientist reported. The less milkweed the caterpillars received, the more aggressive they became. The caterpillars who were larger and closer to metamorphosis were the most aggressive, probably because they required more energy, Brown said.

Caterpillar aggression looked like a “combination of boxing and ‘bumper’ cars,” the press release detailed, with caterpillars head butting or knocking other caterpillars away from the food.

“I went to grad school with a guy who played rugby in college,” Keene told The New York Times. “A flying head butt is a fair assessment.”

The attacked caterpillar would then shuffle away from the food, defeated. This is a big problem for the losing caterpillar, since monarch caterpillars essentially eat non-stop from hatching to forming a cocoon.

The researchers hope to build on this study to learn more about the genetic drivers of aggressive behavior.

“There’s a lot we could learn about more complex animals from this ecologically relevant insect model,” Keene told New Scientist.

The research could also have conservation implications. Monarch caterpillars mainly dine on milkweed: They can strip an entire plant in two weeks and, when they are at their largest, consume a leaf in less than five minutes, the press release noted. But this dependence on milkweed has made the species vulnerable. The number of monarch butterflies has decreased in the U.S. over the last 20 years, according to the U.S. Fish and Wildlife Service, and one factor is the use of pesticides that harm milkweed.

“It’s interesting to think about how this would potentially impact the survival of these caterpillars, when they’re crowded onto plants,” University of Michigan monarch biologist D. André Green, who was not part of the study, told The New York Times. “The amount of milkweed is decreasing. This may become a bigger issue.”