Three Renewable Energy Numbers to Impress Your Friends With: 7, 43, 50 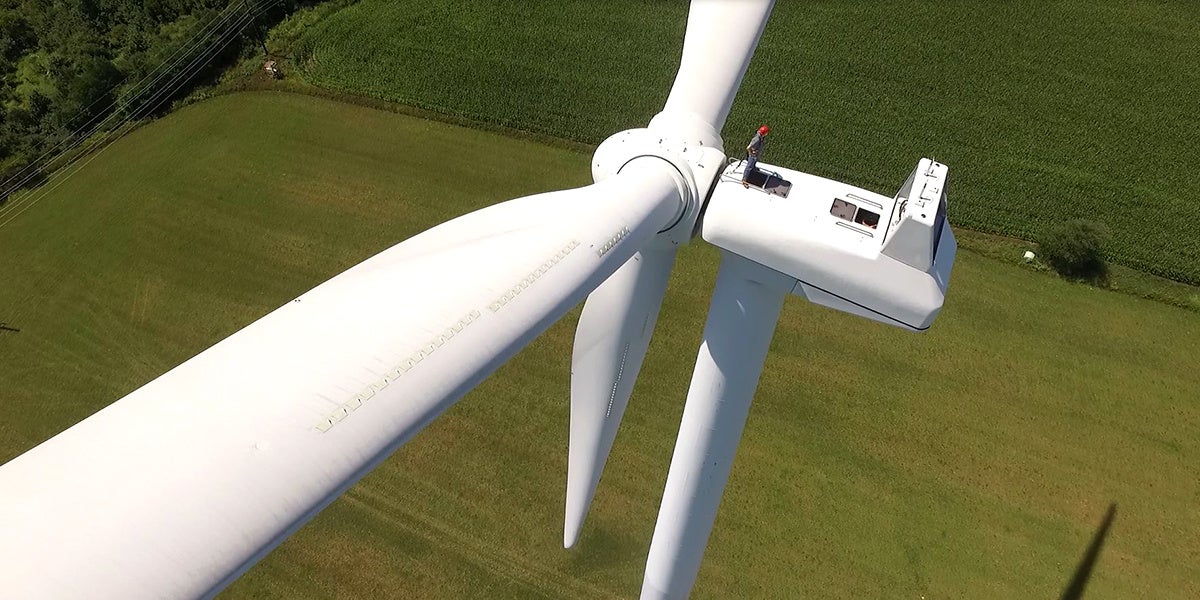 Next time you’re talking with a friend about the exciting things happening in our electricity sector (aren’t you always?), here are three easy numbers for remembering how we’re doing: 7, 43 and 50. That’s: wind energy’s progress, solar energy’s growth and the number of states making it happen.

Renewables on the Rise, a new report from the Environment America Research & Policy Center and the Frontier Group, details some of the progress we’ve made in this country over the last decade, and includes handy accompanying graphics. Here’s a glimpse of what it all looks like.

Growth in renewable energy in recent years has meant we produced almost seven times as much wind-powered electricity in the U.S. in 2016 as we did in 2007. And wind’s share of our national electricity generation increased from 0.8 percent to 5.5 percent.

All told, the tens of thousands of wind turbines dotting the landscape generate enough to cover the electricity needs of some 25 million typical American homes. 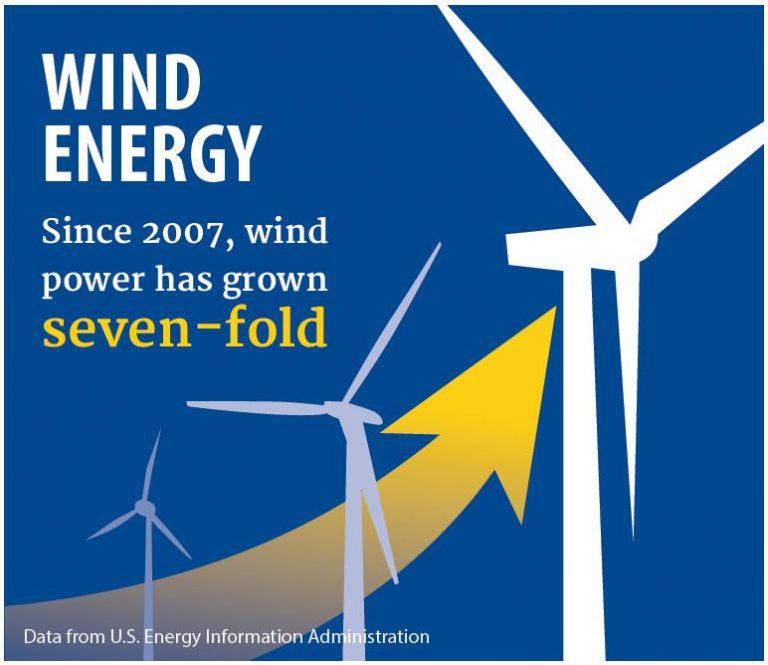 The wind action is taking place from coast to coast and particularly in plenty of places in between, from coal-has-been-king-but-here-comes-wind Wyoming to where cod rule (think offshore wind).

And, increasingly, wind is an energy option that decision makers ignore (or get wrong) at their peril.

Recent gains have in some ways been even more impressive for solar. The baseline is maybe a little tough to pin down (and our own calculations suggest an even greater growth), but the new report says that we got 43 times as much electricity from solar in 2016 as in 2007. 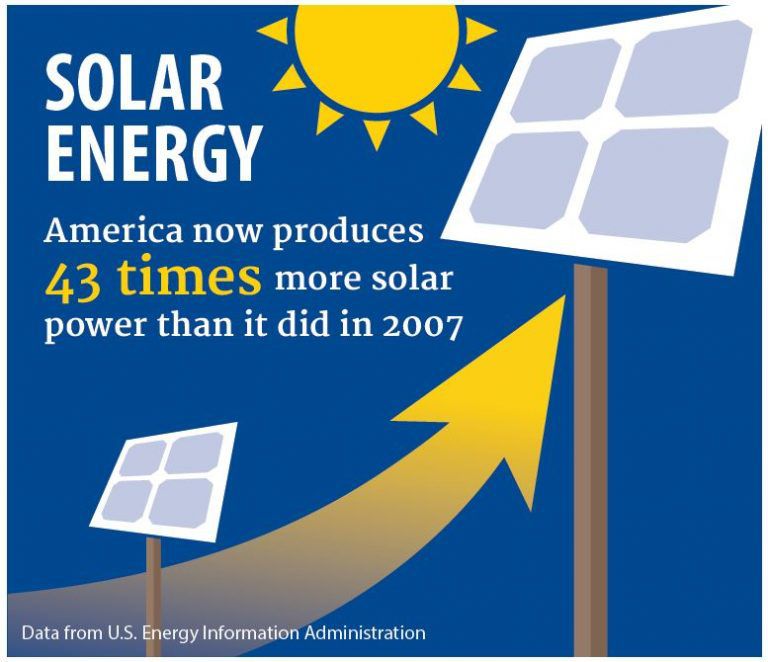 That steep upward trajectory has taken solar from a minuscule 0.03 percent of U.S. electricity generation to 1.4 percent. Still small, but definitely noticeable—and definitely worthy of notice, in terms of solar past and future. As my colleague Julie McNamara points out in that post, our 19.5 billion kilowatt-hours of solar generation in 2016 would have been enough to cover residential electricity needs in half the states.

So where’s all this progress coming from? Though some are still finding their way, every state has some generation from solar and wind, and some have taken those technologies to pretty impressive heights.

For Texas, it (mostly wind) added up last year to 59 billion kilowatt-hours of electricity—enough to keep 4 billion light bulbs burning every evening of the year. In North Dakota, wind generation added up to the equivalent of 45 percent of the state’s electricity consumption; in Iowa, 42 percent. For California and Hawaii, solar, with help from wind, produced enough to have accounted for one out of every six kilowatt-hour consumed.

Sure, some states really need to get in on the action in a much bigger way (the details in the back of the new report help highlight leaders and … others). And they’d benefit in doing that by reaping all that renewables have to offer.

But even states without much yet on the generation side are contributing—and benefiting—in other ways, through manufacturing, for example, of components for solar or wind installations (see map). And that progress has meant jobs—in most cases, more solar and wind jobs than coal has to offer.

Our 50 united states are far from done. Every one of them has a lot more potential in solar, wind and other renewables. Taking it the next step, and beyond, will be crucial.

But for a moment, acknowledging and celebrating clean energy progress is really important. For that, for the near term, just remember 7, 43 and 50. John Rogers is a senior energy analyst with expertise in renewable energy and energy efficiency technologies and policies at the Union of Concerned Scientists.