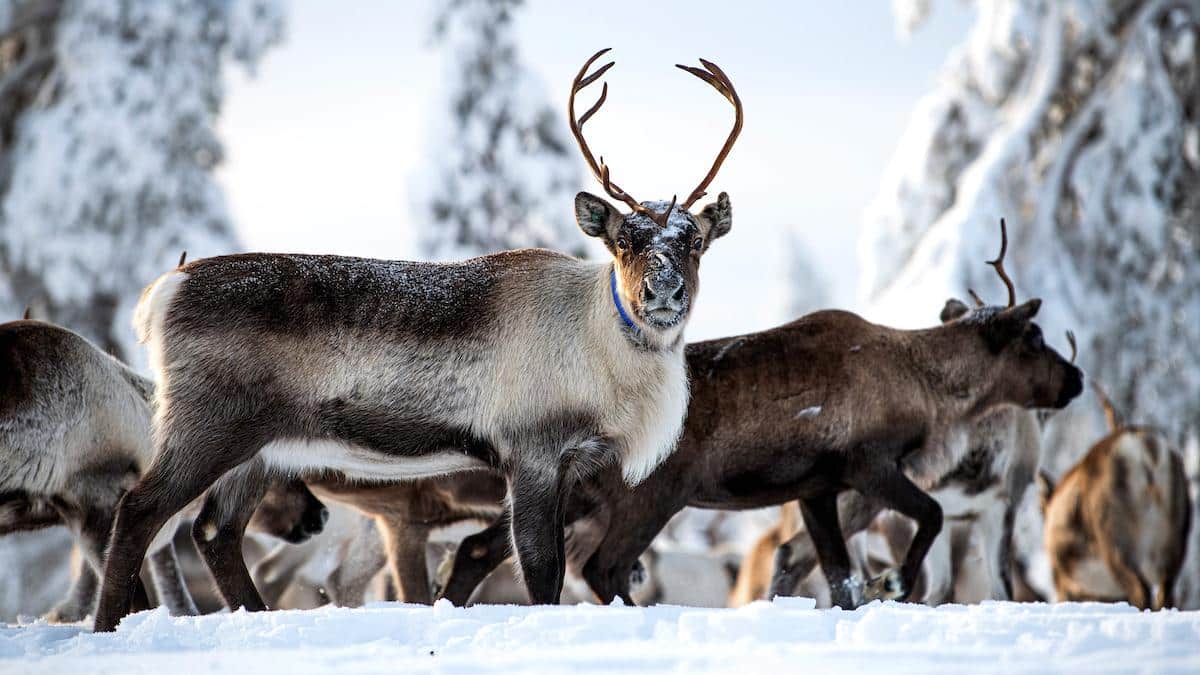 Reindeers at their winter location in northern Sweden on Feb. 4, 2020, near Ornskoldsvik. JONATHAN NACKSTRAND / AFP via Getty Images

Sweden’s reindeer have a problem. In winter, they feed on lichens buried beneath the snow. But the climate crisis is making this difficult. Warmer temperatures mean moisture sometimes falls as rain instead of snow. When the air refreezes, a layer of ice forms between the reindeer and their meal, forcing them to wander further in search of ideal conditions. And sometimes, this means crossing busy roads.

Luckily, Sweden’s transport authorities have a solution. They are planning to build a dozen bridges in northern Sweden so that the reindeer can cross in peace, Swedish public science radio Vetenskapsradion reported Monday, according to The Local Sweden.

“In a changing climate with difficult snow conditions, it will be extra important to be able to find and access alternative pastures,” Swedish University of Agricultural Sciences landscape ecologist Per Sandström told the radio, as The Guardian translated.

The new bridges will be called “renoducts,” a combination of the Swedish word for reindeer (ren) and viaduct.

Wildlife bridges are an effective solution to the problem of helping animals to travel through a world criss-crossed by highways. The first was constructed in France in the 1950s, and they can significantly reduce collisions between animals and vehicles.

Work will begin this year on the first of the Swedish renoducts over the E4 motorway north of the city of Umeå, Vetenskapsradion reported. This motorway now has to be shut down entirely every time a herd attempts to cross.

The renoducts aren’t only a boon for Sweden’s 250,000 reindeer. They are also a help to the 4,500 Indigenous Sami who have special authorization to herd them, The Guardian explained.

The changing climate has driven up costs and extended the time it takes to herd the reindeer, according to an AFP story published in The Local Sweden in May 2020. Sami couple Margret Fjellstrom and Daniel Viklund told AFP that it took them twice as long to move their reindeer from their summer to winter pastures last year than it would have under regular weather conditions.

“It can rain in January, it can snow in May, there’s no logic to it any more,” Fjellstrom told AFP.

“I’m looking forward to us being able to cross undisturbed,” reindeer herder Tobias Jonsson told Vetenskapsradion, as The Guardian translated.

Sweden’s reindeer aren’t the only ones in trouble because of climate change. A 2018 report found that reindeer and caribou numbers across the Arctic had fallen by 56 percent in the preceding two decades.