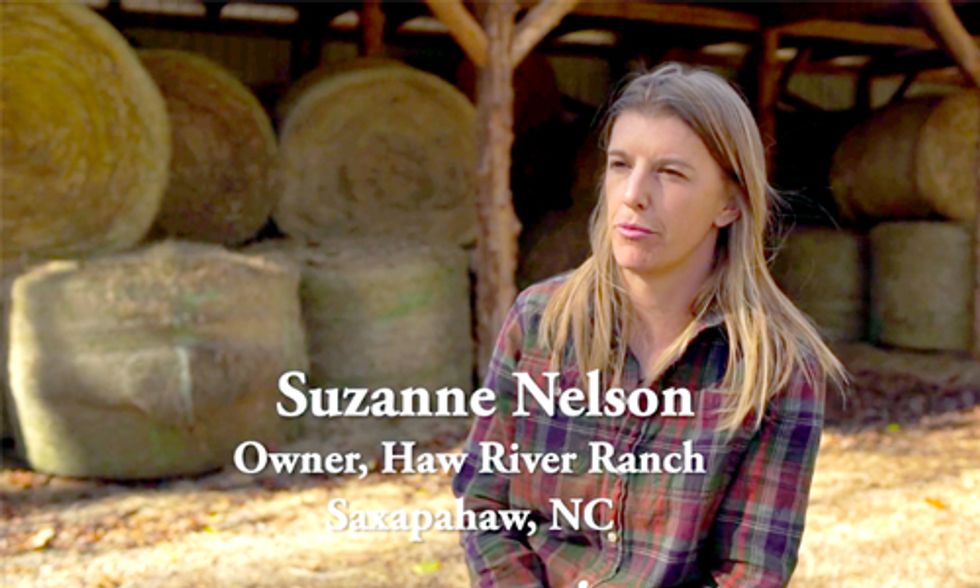 North Carolina farmer Suzanne Nelson has this thing about farming as a regenerative rather than an extractive business.

She also has a thing for cows.

Nelson says people should do what they love doing. For her, “for whatever reason, I love cows. I loved cows before I knew I loved cows."

She says she now tends to Jersey dairy cows, St. Croix sheep, heritage pigs, laying hens, meat chicken and, seasonally, turkeys. Cows, she believes, “are the only animal that can live on one acre and make four acres fertile." She sees properly managed pastured livestock as “our number one antidote to climate change," helping, with a boost from legumes and soil microbes, boost soil fertility and keep carbon in the soils and not excessively in the atmosphere.

A nine-year Carolina farmer, Nelson says in a four-minute video produced by the University of North Carolina's Institute for the Environment that extreme weather events appear to be getting more extreme, summer droughts longer and worse. She's trying to counter those trends on her 400-acre Haw River Ranch in Saxaphaw, in north-central North Carolina.

The video, funded by the Z. Smith Reynolds Foundation, is part of a series of North Carolina Climate Stories produced by the Institute for the Environment's David Salvesen and colleagues and reposted here with permission.