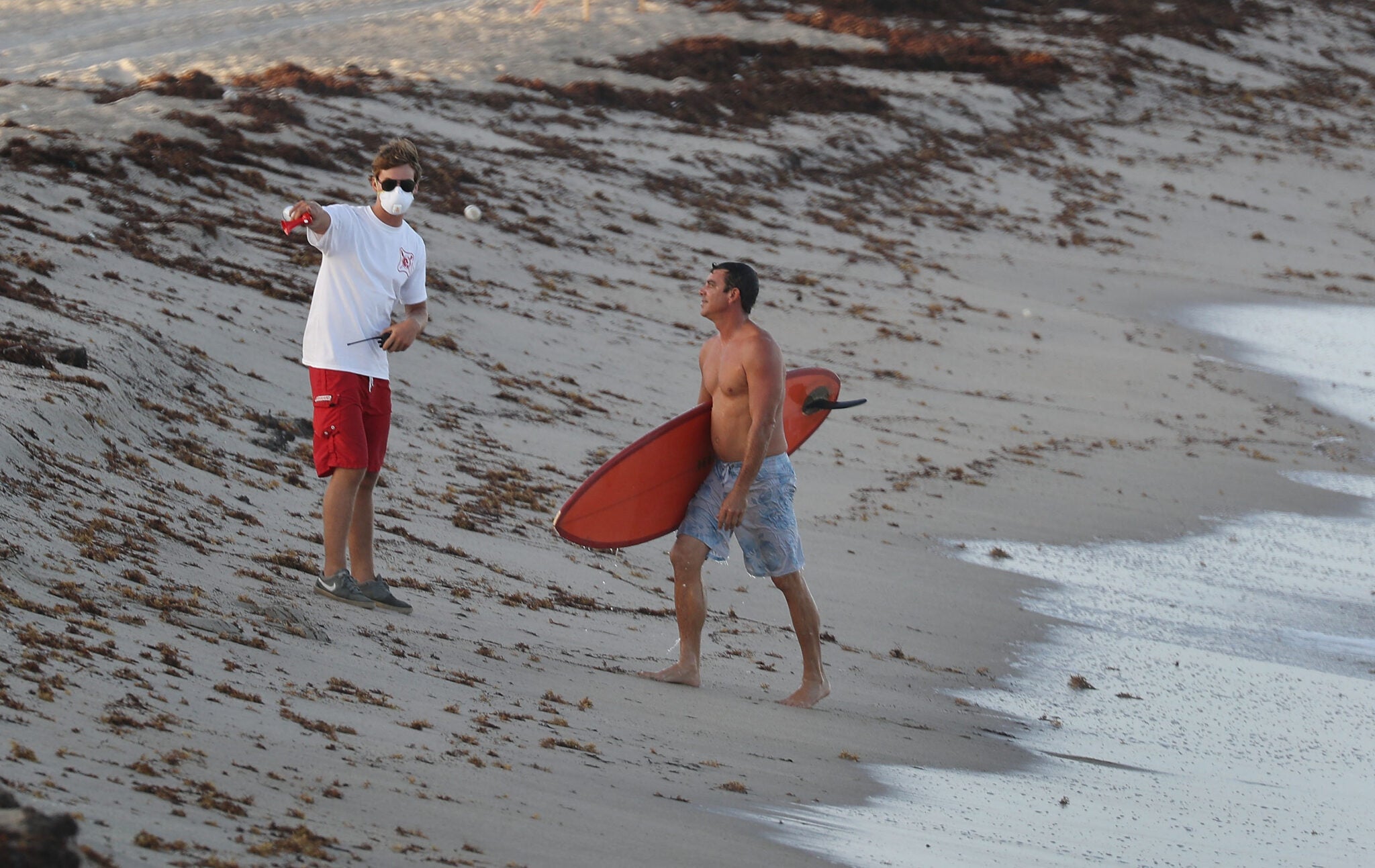 The same
red tide choking Florida’s Gulf coast has spread to waters off Miami-Dade and Palm Beach counties, forcing the closure of many popular beaches on Thursday and leaving hundreds of dead fish in its wake, according to local reports.

This is the first time in decades the toxic algae has affected both of Florida’s coasts at the same time, the
Associated Press reported.

“Florida’s environment is now enduring a full-peninsula assault,” Eve Samples wrote for
Treasure Coast Newspapers, noting that it’s only the eighth time since the 1950s that red tide has been documented on the East Coast of Florida.

Several South Florida beaches reopened on Friday, the
The Sun Sentinel reported, but noted that a new forecast said “moderate” red tide conditions can be expected in the area at least through Tuesday.

The outbreak of the
Karenia brevis organism first appeared last fall and has become one of the state’s longest-lasting red tides on record. It has devastated Florida’s marine life all summer, killing countless crabs, eels, fish, dozens of manatees and hundreds of endangered sea turtles. The bloom has also been costly for the state’s tourism industry and become a public health issue because it can irritate skin and cause respiratory problems.

“In Florida, when presented with problems, we work together and face them head on—red tide is no different,” he said in a
press release. “So far, the state has provided more than $16 million to help minimize the impacts of harmful algal blooms and expand our research and understanding of red tide, including funding to help scientists test innovative solutions for this phenomenon. We will continue to work with our local partners to ensure that their needs are fully met until this year’s red tide subsides.”

Red tides can appear naturally, however some blame the phenomenon from increased nutrient pollution from human activities.

At the same time, as
The Conversation reported, a concurrent outbreak of blue-green algae, or cyanobacteria, has plagued downstream estuaries on both coasts. The bloom comes from discharges of polluted fresh water from Lake Okeechobee and polluted local runoff water from the St. Lucie and Caloosahatchee watersheds.

Gov. Scott, who has served for eight years, has faced a share of the blame for the state’s red tide and blue-green algae outbreaks.

During Scott’s tenure, budgets for environmental agencies have been sharply reduced. The budget of the South Florida Water Management District, which oversees water issues from Orlando to Key West, was cut. Many of the more than 400 workers who lost their jobs in the $700 million cut were scientists and engineers whose jobs were to monitor pollution levels and algal blooms. Scott also abolished the Department of Community Affairs, which oversaw development in the state.

Sen. Bill Nelson, who is battling Scott to keep his Senate seat, tweeted Friday: “The people of Florida know how Rick Scott’s disastrous environmental policies have harmed our waters and devastated communities. Their voices are being heard loud and clear.”

Pointing the finger back, Scott has accused Nelson of failing to secure federal funds to fix the aging Lake Okeechobee dyke.

The people of Florida know how Rick Scott's disastrous environmental policies have harmed our waters and devastated communities. Their voices are being heard loud and clear. https://t.co/ljg344yMY4