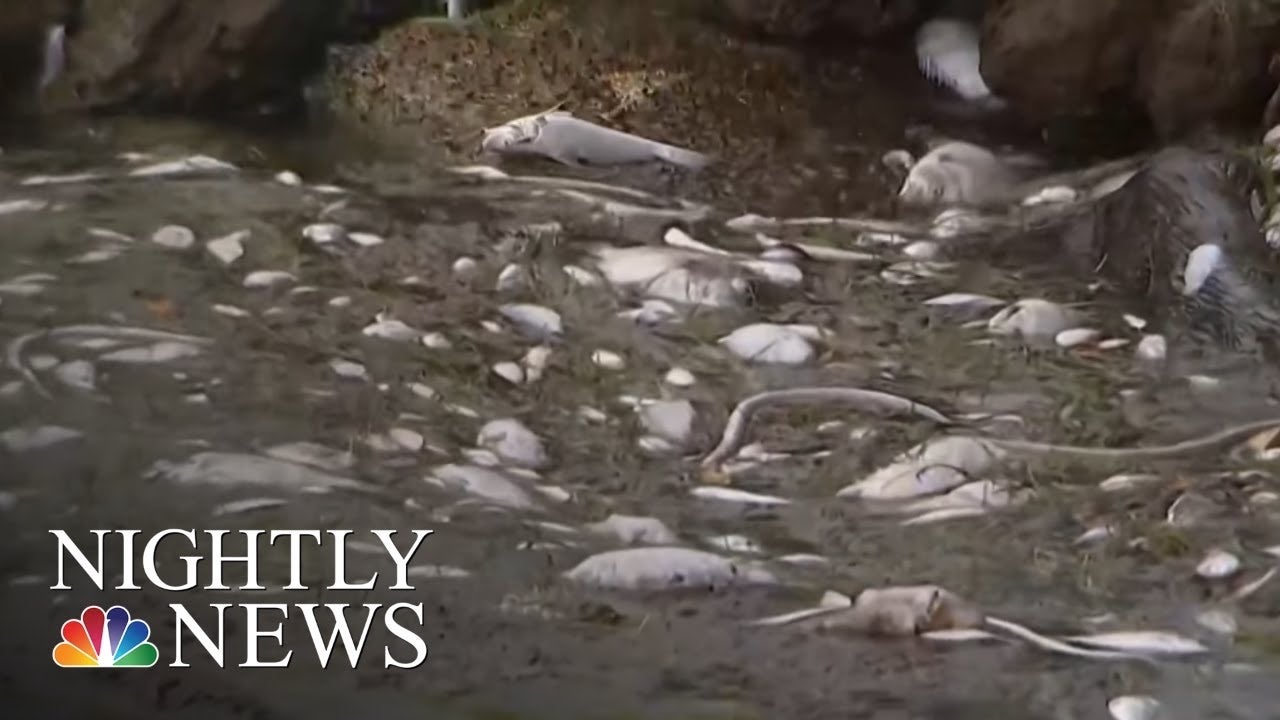 Florida Gov. Rick Scott issued an
executive order Monday declaring a state of emergency due to the ongoing impacts of red tide in seven southwestern counties.

The algae outbreak started nine months ago and has become the state’s longest on record since 2006. The red tide has killed scores of marine life, including countless crabs, eels and fish, as well as
dozens of manatees, hundreds of endangered sea turtles, potentially a whale shark and 11 bottlenose dolphins.

The toxic bloom, which is caused by the Karenia brevis organism, has become a public health concern. Residents along the southwest coast have reported respiratory problems due to winds picking up the aerosolized toxins. People can also become ill after consuming contaminated seafood.

Harmful algal blooms can cause about $82 million in economic losses to the seafood, restaurant and tourism industries according to
NOAA. 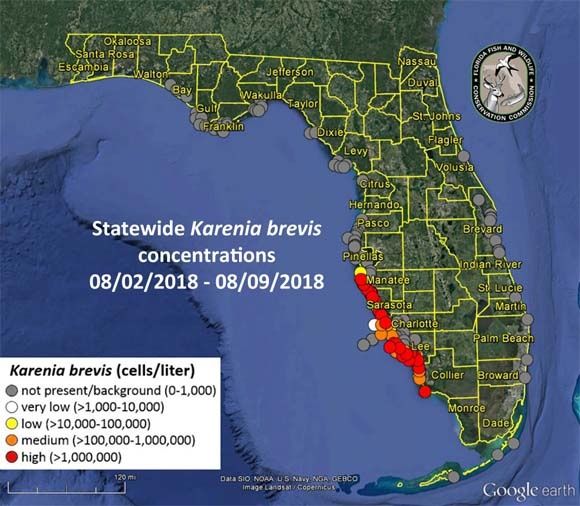 “I am issuing an emergency declaration to provide significant funding and resources to the communities experiencing red tide, so we can combat its terrible impacts,” Scott said in a
news release. “This includes making additional FWC (Florida Fish and Wildlife Conservation Commission) biologists and scientists available to assist in clean-up and animal rescue efforts.”

The executive order will direct $1.5 million in funds to state agencies, including $100,000 for Mote Marine Laboratory and Aquarium to increase its response to red tide impacts, $900,000 for hard-hit Lee County’s cleanup efforts and $500,000 for VISIT FLORIDA to establish an emergency grant program to help the affected communities bring in tourists.

Red tide is a natural phenomenon but some have pointed fingers at
climate change, as well as mining and agricultural practices that can cause excess nutrients to flush into the waters.

Gov. Scott, who has served for eight years, has also faced a share of the blame for the state’s frequent red tide and blue-green algae outbreaks.

During Scott’s tenure, budgets for environmental agencies have been sharply reduced. The budget of the South Florida Water Management District, which oversees water issues from Orlando to Key West, was cut. Many of the more than 400 workers who lost their jobs in the $700 million cut were scientists and engineers whose jobs were to monitor pollution levels and algal blooms. Scott also abolished the Department of Community Affairs, which oversaw development in the state.

Scott, who is battling incumbent Sen. Bill Nelson for the U.S. Senate, has accused Nelson and the federal government for “allowing discharges of tainted water from Lake Okeechobee that have led to ugly, smelly and potentially dangerous algal blooms in places including the state’s St. Lucie and Caloosahatchee rivers,” the Post wrote.

“Washington politician Bill Nelson made a pledge 30 years ago to solve this problem,” Scott’s television
ad declares. “But Nelson’s a talker, not a doer.”

Buchanan hopes to know how much of that funding will go to Florida in the coming days, the
Bradenton Herald reported.

“We need more scientists, we need more answers. There’s still a lot of questions,” he said, according to the Herald. “I’ve heard for many years of red tide being a natural occurrence, and I’m sure that’s the case (for) hundreds of years, but I think there are things aggravating a lot of this and we’ve got to get serious about it. Because it affects animals and tourism and (the) value of real estate. We’ve got to get whatever resources we need and I think we’ll do it on a bipartisan basis. I think enough is enough.”