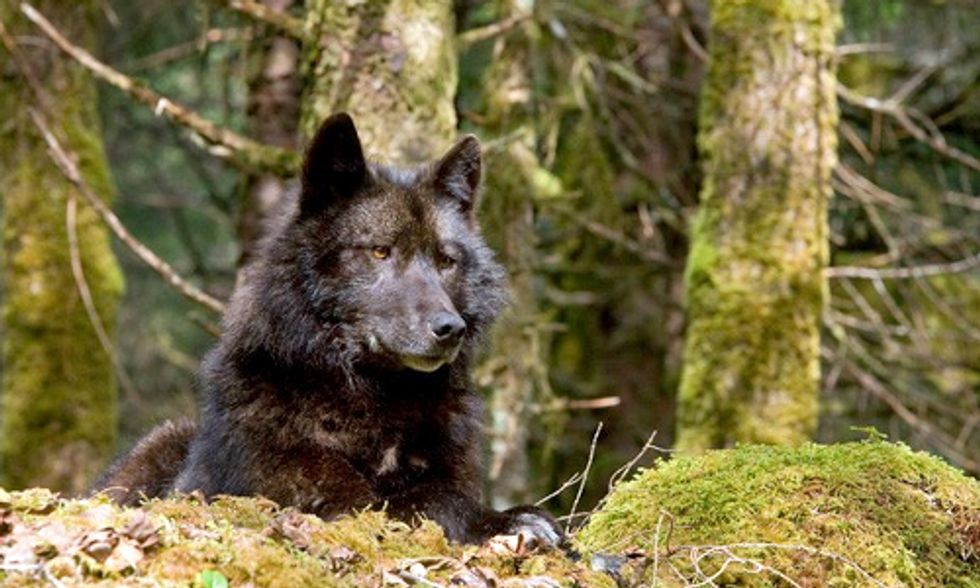 The U.S. Fish and Wildlife Service announced today that Alaska's Alexander Archipelago wolves may need protection under the Endangered Species Act because of unsustainable logging in the Tongass National Forest and elsewhere in southeast Alaska. The agency will now conduct an in-depth status review of this rare subspecies of gray wolf, which lives only in the region's old-growth forests.

Today's decision responds to a scientific petition filed in Aug. 2011 by the Center for Biological Diversity and Greenpeace. Following the status review and a public comment period, the agency will decide whether or not to list the species as threatened or endangered.

"The Alexander Archipelago wolf, one of Alaska's most fascinating species, needs the protection of the Endangered Species Act if it's to have any chance at survival," said Rebecca Noblin, Alaska director of the Center of Biological Diversity. "The Endangered Species Act is the strongest law in the world for protecting wildlife, and it can save these beautiful wolves from reckless logging and hunting."

Alexander Archipelago wolves den in the root systems of very large trees and hunt mostly Sitka black-tailed deer, which are themselves dependent on high-quality, old forests, especially for winter survival. A long history of clearcut logging on the Tongass and private and state-owned lands has devastated much of the wolf's habitat on the islands of southeast Alaska.

"This gray wolf subspecies exists only in southeast Alaska, and its principle population has declined sharply in the last few years," said Larry Edwards, Greenpeace forest campaigner and long-time resident of the region. "Endangered Species Act protection is necessary to protect the wolves, not least because of the Forest Service's own admission that its so-called transition out of old-growth logging in the Tongass will take decades. The negative impacts on these wolves are very long-term and have accumulated over the past 60 years of industrial logging."

Logging on the Tongass brings new roads, making wolves vulnerable to hunting and trapping. As many as half the wolves killed on the Tongass are killed illegally, and hunting and trapping are occurring at unsustainable levels in many areas. Despite scientific evidence showing that Alexander Archipelago wolf populations will not survive in areas with high road density, the Forest Service continues to build new logging roads in the Tongass. Road density is particularly an urgent concern on heavily fragmented Prince of Wales Island and neighboring islands, home to an important population of the wolves.

In 2013 the Alaska Board of Game authorized killing 80 percent to 100 percent of the wolves in two areas of the Tongass because habitat loss has reduced deer numbers so that human hunters and wolves are competing for deer—putting yet more pressure on the wolf population.

The Fish and Wildlife Service considered listing the wolf under the Endangered Species Act in the mid-1990s but then chose not to do so, citing new protective standards set out in the Forest Service's 1997 Tongass Forest Plan. Unfortunately, as outlined in the conservation groups' 2011 petition, the Forest Service has not adequately implemented those standards.

Today's U.S. Fish and Wildlife Service 90-day finding on the Alexander Archipelago wolf determined that protecting this wolf as threatened or endangered "may be warranted" under three of the five "factors" specified in the Endangered Species Act:

1. present or threatened destruction of habitat

2. overutilization (e.g. from hunting and trapping)

3. the inadequacy of existing regulatory mechanisms