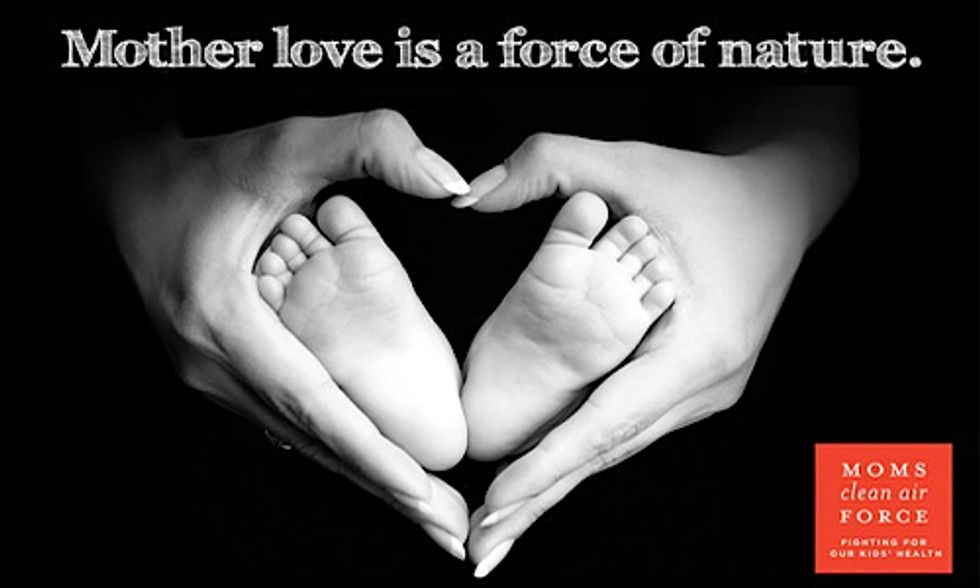 A phenomenon in environmental activism in recent years has been the emergence of grassroots organizations “powered by the voices of mothers, dedicated to protecting children in global communities,” as one group, The Mothers Project, describes itself.

The Mothers Project, founded and headed by Angela Monti Fox, is based in New York City and global in scope. Fox is the mother of Josh Fox, the filmmaker who exposed the dangers of fracking in his award-winning documentaries Gasland and Gasland 2. Indeed, taking on fracking is a major focus of The Mothers Project.

This week, the anti-environmental, arch-conservative entity named The Independent Women's Forum is staging a panel discussion in Manhattan to try to counter the mothers’ movement. It is titled From Helicopter to Hazmat: How the Culture of Alarmism is Turning Parenting into a Dangerous Job.

The group, which gets its funding from right-wing foundations and other conservative interests including the Koch Brothers, got its start in 1992 as Women for Judge Thomas defending the nomination of Clarence Thomas to the U.S. Supreme Court. It fights feminist groups, promotes access to guns and has taken to denying global warming.

Also involved in the event today is the American Council on Science and Health, financed by polluting industries and long described as an industry front group. Its specialty has been issuing reports denying health damage caused by environmental pollutants, notably pesticides and other toxic chemicals.

"Parents are bombarded with alarmist messages on a daily basis about how the food they eat, the habits they practice and the household products they use threaten their health and the health of their children," says Julie Gunlock, event moderator and director of Independent Women’s Forum’s Culture of Alarmism project. Rather than make women feel more informed, the onslaught of alarmist information makes moms (and dads) feel guilty, confused, even angry.

“I think this is serious proof that we are making an impact,” said Monti about the event. “I have no doubt that they know about The Mothers Project, ClimateMama, Toxic Baby, Moms Clean Air Force, etc., etc.”

Organized moms, she declares, are seen as “a threat because they know politicians tend to cower when mothers show up!”

Monti points to the increase in major diseases “in both children and adults—now being seen by the scientific community as a result of environmental impacts. No longer can we look at simply defective genes for the rise in all cancers, new cancers, autism, ADHD, childhood diabetes and obesity. New research points to environmental impact on embryonic development that will span several generations and can be considered a pandemic when 25 percent of the global population born today will be affected by deleterious environmental impacts.”

"In the absence of adequate legislation, and as a mother of two young children, I look to reputable medical organizations and research institutes such as the Mount Sinai Children's Environmental Health Center for guidance on keeping my children safe from unregulated chemicals,” said Anna Grossman, founder and director of HRP Mamas/The Hudson River Park Mothers Group. “I wouldn't get medical and safety information from a chemical industry front group or from authors who appear to disregard plain science.”

“I find nothing alarmist in being empowered with the knowledge that EPA is simply unable to protect us from thousands of chemicals,” Grossman continued. “The EPA has acknowledged this and it's a known fact. No one is panicking. We are calling for action. Those are two distinctly different things.”

“Trying to paint mothers like me as hysterical is an old and tired stereotype. Parents are agents for change and a tremendous market force. It would seem the chemical industry, as the tobacco industry before it, is terrified of the power of parents to educate their children about companies that don't value their future health or that of their planet. Europe has enacted REACH [Regulation on Registration, Evaluation, Authorization and Restriction of Chemicals] legislation. Why should the USA be left behind?”

"This is clearly a response from an industry feeling the pressure from parents,” said Bobbi Chase Wilding, deputy director of Clean and Healthy New York. “They want us to go back to sleep. We’re outraged when we learn there’s no law against putting toxic chemicals in baby products. It happens all the time, and they don’t have to be listed on the label.”

“That’s what’s making us impotent: lack of information, lousy laws, and actions by chemical industry front groups like the American Council on Science and Health,” said Wilding, a mother of two. “While it's their message that health advocates are making people feel impotent, it's exactly presentations like this that are designed to disempower people. There is so much parents can do. There’s a lot of good information that empowers parents to make safer, smart choices. Our message is: don't panic, take action."

A “featured panelist” at the event will be Josh Bloom of the American Council on Science and Health—its activities well-detailed in the book by Sheldon Rampton and John Stauber, Trust Us, We're Experts: How Industry Manipulates Science and Gambles with Your Future.

How to Avoid Toxic Chemicals in Kid's Products