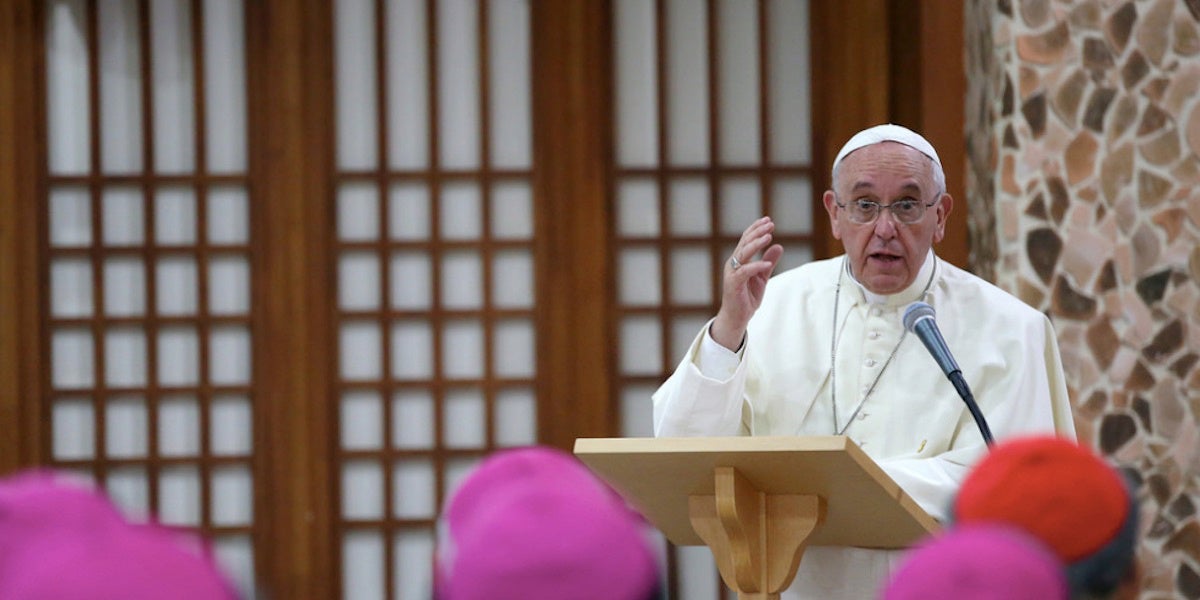 Pope Francis once again spoke out against climate change deniers during an in-flight press conference from Colombia to Rome on Sunday.

As the papal plane flew near Caribbean islands pummeled by Hurricane Irma, the pope said that those who reject climate science remind him of a psalm from the Old Testament about stubbornness.

“Man is stupid, the Bible said. It’s like that, when you don’t want to see, you don’t see,” he said.

Francis added that individuals and world leaders have a moral responsibility to help preserve the environment or else be judged by history for their inaction. He said that those who doubt that human activity causes climate change should consult with scientists.

“If one is a bit doubtful that [climate change] is not so true, let them ask the scientists,” the pope said. “They are very clear. They are not opinions on the air, they are very clear. And then let them decide, and history will judge their decisions.”

The science is “clear and precise,” he said, noting that “each [person] has a moral responsibility, bigger or smaller.”

Climate change is a “serious matter over which we cannot make jokes,” he said.

The pope, who wrote his 2015 encyclical on the environment, has long pressed for strong climate action. In May, during their meeting at the Vatican, the pontiff gifted President Trump a copy of the encyclical right as POTUS considered whether the U.S. should exit from the Paris climate agreement. Trump, a notorious climate skeptic who does not agree with Francis about the global phenomenon, apparently did not take the message to heart and controversially withdrew the U.S. from the Paris accord just a month later.

Meanwhile, Trump remains steadfast about his climate denial, despite expert opinions that Earth’s rising temperatures contributed to the devastation of Hurricanes Irma and Harvey.