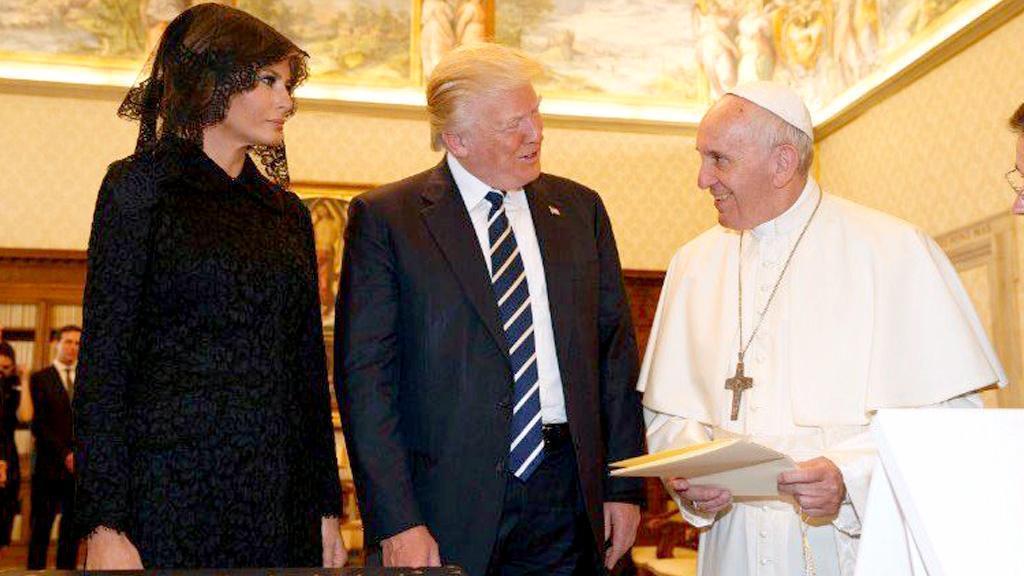 President Trump has no doubt been given a long list of extravagant, elaborate gifts in his lifetime, but the gift given to him today by Pope Francis may not make it on his most favorite list.

The two world leaders exchanged gifts today, which is customary in a meeting between the religious leader and the American president. Pope Francis took the opportunity to share his differing scientific and political views with the POTUS by gifting him his 2015 encyclical on the environment, Laudato Si or Praise Be to You.

Trump has been a repeated critic of climate science, once arguing that global warming was a hoax invented by the Chinese. Pope Francis has proved to be far more modern than his predecessors, including his strong belief in the science of climate change and the need for climate action.

The pope likely knows that among Trump’s many attributes is his tendency to mold his opinion around that of whomever he has most recently spoken. Could the pope’s climate essay have a lasting effect?

President Trump gave the pope a special edition box of books written by Martin Luther King Jr. The pope also gifted a small sculpture of an olive tree, telling Trump through an interpreter that it represents peace.

“It is my desire that you become an olive tree to construct peace,” the pope said.

Thanks to the Los Angeles Times, here’s a run down of key messages from the papal letter:

“Doomsday predictions can no longer be met with irony or disdain”

Consumption, waste and environmental change have so outpaced the planet’s capacity that they can only lead to catastrophe, the pope said. “We may well be leaving to coming generations debris, desolation and filth.”

Christians have misinterpreted the Scriptures

“We are not God. The earth was here before us and it has been given to us,” he wrote. ” We must forcefully reject the notion that our being created in God’s image and given dominion over the earth justifies absolute domination over other creatures.”

The human roots of the crisis

At the root of the problem, the pope wrote, are a “disordered desire to consume more than what is really necessary” and a “use and throw away culture.” Although he praised efforts by scientists to find solutions to environmental problems, he said, “A sober look at our world shows that the degree of human intervention, often in the service of business interests and consumerism, is actually making our earth less rich and beautiful, ever more limited and grey.”

A call to action

The pope argued that industrialized nations were mostly responsible for the crisis and bear a greater responsibility for providing a solution. Individuals, too, must act, he said. Among the steps he suggested were to reduce water consumption, cook only what can reasonably be consumed, use public transport or car-pool, plant trees, turn off unnecessary lights and show care for other living beings.

Concern for the protection of nature is incompatible with abortion

“How can we genuinely teach the importance of concern for other vulnerable beings, however troublesome or inconvenient they may be, if we fail to protect a human embryo?” he asked.

“All is not lost”

“Human beings, while capable of the worst, are also capable of rising above themselves,” the pope wrote, “choosing again what is good, and making a new start, despite their mental and social conditioning.”