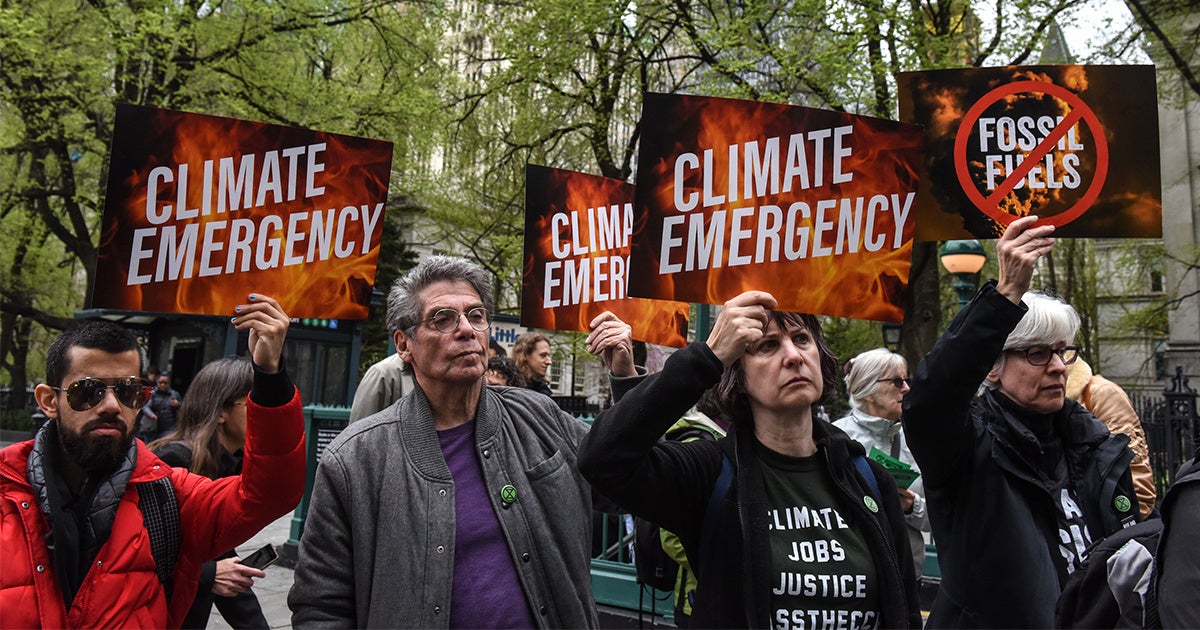 The global climate crisis and Medicare for All are top issues for a large majority of Democratic voters, according to new polling results published Tuesday by CNN.

But two issues stood out at the top.

In the second spot, 91 percent want the candidate to back “providing health insurance for all Americans through the government, a plan sometimes called ‘Medicare for All.'”

“People are waking up!” tweeted Bill McKibben, co-founder of 350.org.

The CNN survey follows recent polling that showed Americans are increasingly worried about the consequences of the human-caused climate crisis. Some observers Tuesday credited activists and politicians such as Rep. Alexandria Ocasio-Cortez (D-N.Y.) for elevating the issue. Congress is considering the Green New Deal resolution, introduced in February by Ocasio-Cortez and Sen. Ed Markey (D-Mass.) — and the youth-led Sunrise Movement is in the middle of a nationwide tour to promote the measure.

CNN’s poll also comes amid mounting demands for the federal government to scrap the current healthcare system that prioritizes corporate profits over patients, and establish in its place a nationwide single-payer system. As the results were published Tuesday, the Democratically controlled House Rules Committee held an historic hearing about the Medicare for All Act of 2019, which was introduced by Rep. Pramila Jayapal (D-Wash.) and is now backed by more than 100 other House Democrats.

Some critics challenged the accuracy of the polling results — particularly regarding which candidates have the greatest support among voters — because of its “undersampling” of people aged 18 to 49.